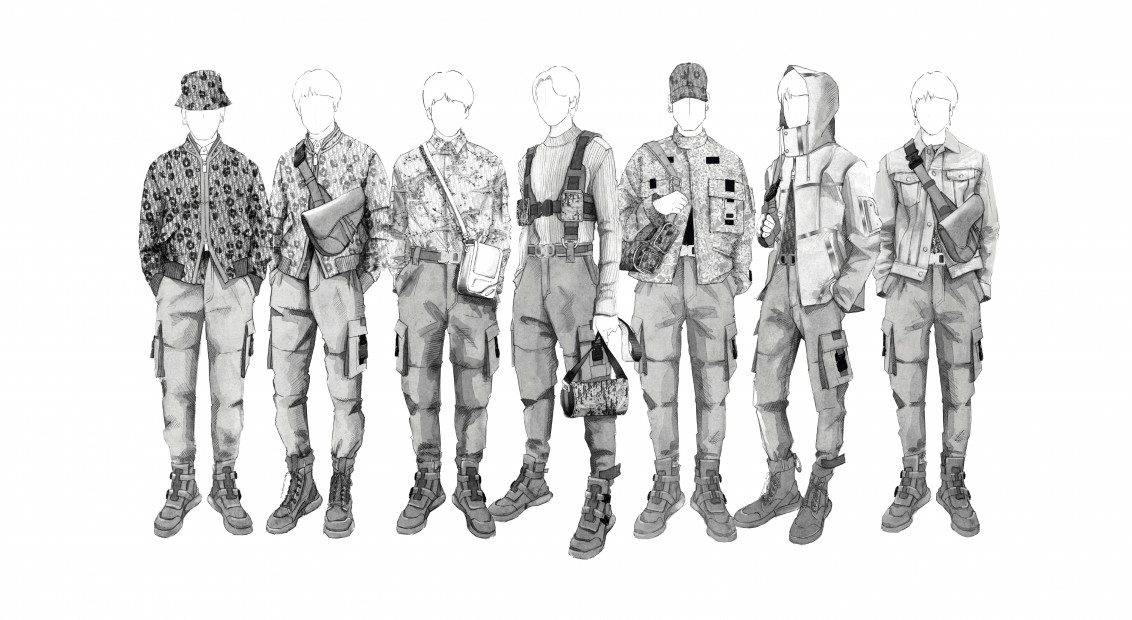 Kim Jones‘ Dior menswear is taking to the stage thanks to South Korean pop sensations BTS.

Having met earlier this year, the seven-member boy band struck up a friendship with the British designer that now sees Dior creating seven stage outfits for BTS’ upcoming world tour. The first time that Dior has created men’s stagewear for a pop band, the designs riff on Jones’ ability to mix couture savoir-faire with futuristic sportswear – something we’ve seen him implement at the Parisian house since joining last year.

“I love BTS because they are really great guys and also super into fashion. Everyone I know is kind of crazy about them!”, said Jones of the collaboration.

While you’ll have to wait until the group’s show at Los Angeles’ Rose Bowl Stadium on Saturday 4th May to see the actual outfits, a sketch posted on Jones’ Instagram teased patterned bombers, harnesses, bucket hats, cargo pants, saddle bags and military-inspired details.

Excited to announce the tour costumes for @bts.bighitofficial by @dior