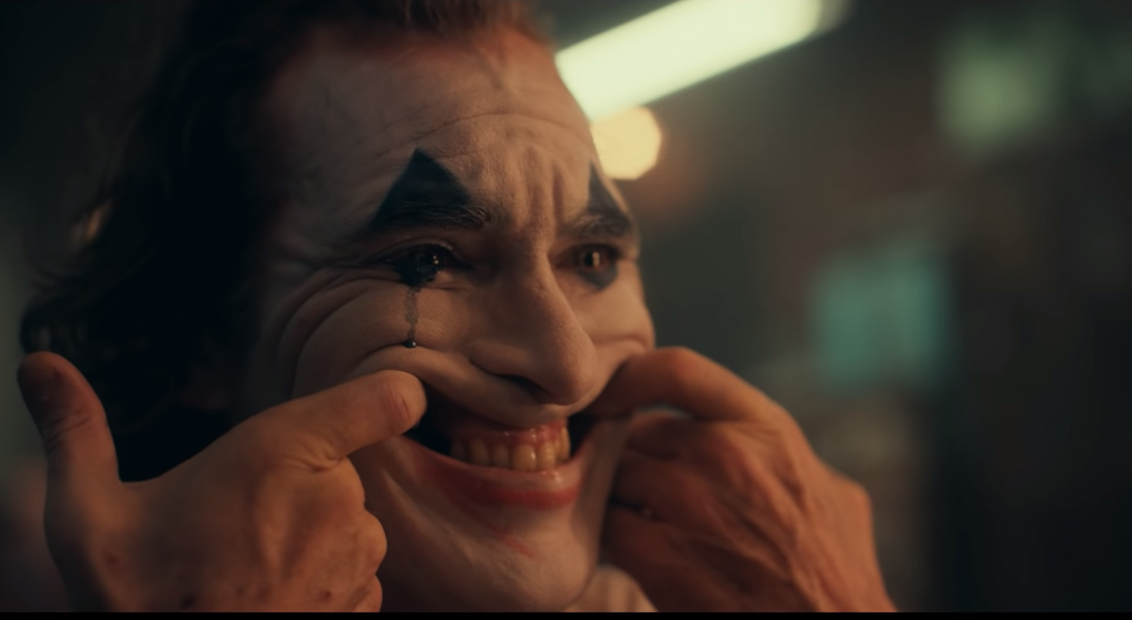 Who is Arthur Fleck?

Who is Arthur Fleck?

At this year’s CinemaCon, few trailers were as eagerly anticipated as Tod Phillips’ Joker genesis story, starring Joaquin Phoenix as its green-haired eponymous lead. Given Phoenix’s natural aptitude for the deranged and imbalanced, most recently demonstrated with chilling brutality in You Were Never Really Here, the prospect of him as the down-and-out social leper Arthur Fleck was truly salivating.

In what appears a radical departure from current superhero status quo: high-octane and highly marketable, Joker promises a meticulously crafted tale of one man’s slow and painful psychological collapse. Worlds apart from Aquaman and Shazam! – DC’s other superhero releases – Arthur Fleck is portrayed as a deeply troubled recluse, facing down psychoses and failure in a city that spurns him with violent contempt. In this iteration of Gotham, somewhere between neo-noir metropolis and the seedy, neon-strewn back-alleys of Scorcese’s grim urban settings, we see the Joker born from within its stinking innards, a living embodiment of its cruelty and moral destitution.

At a little over two minutes, the trailer provides enough insight into Phillips’ bold vision for the supervillain, with a host of references to previous re-makes and the cinematic vernacular of Scorsese, from Taxi Driver to King of Comedy. Here are five takeaways to keep the appetite whetted until the film’s release this October.

Let’s start with the big one. From shots of Fleck’s lonely figure, hunched and loping, making his way through streets of urban squalor, to watching Wayne Snr. on his television while he cradles a handgun, Fleck’s solitary decline echoes that of Travis Bickle, Robert DeNiro’s mohawked Vietnam veteran of Taxi Driver. Even the few seconds we catch of Fleck in a late night diner, sat across from a female companion, summon up Bickle’s ill-fated attempt at wooing Betsy over coffee and strudel. Elsewhere, elements of Scorsese’s The King of Comedy ring through, not just in Fleck’s own failed stand-up career but the deranged aspirations that arise from rejection. In case we didn’t get the hint, De Niro himself briefly appears as the all-smiling television host, as Fleck waits in the wings prepping his routine. 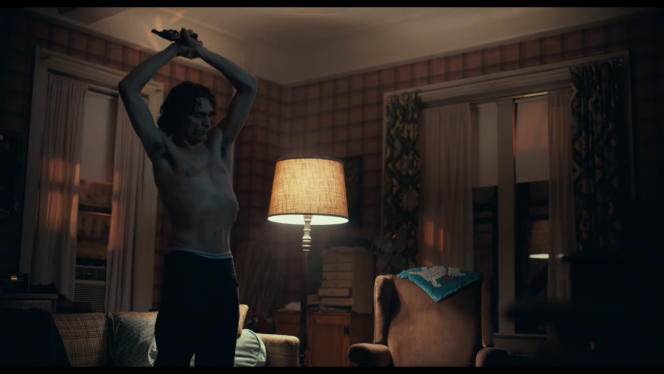 For a film based entirely on the arch-nemesis of Batman (whose parents were killed by Joker in the original comic), the trailer provides a surprisingly Bat-less take on the Joker’s origins. The only reminder of the world they co-inhabit comes via a shot of Arkham Asylum, pictured here as a constituent of the Joker’s psychological demise and the only hint of Bat comes with a tantalising shot of Fleck knelt before a young boy, who rumours suggest to be a young Bruce Wayne, trying to coax a smile from his reluctant face. He’ll be trying that for years to come. 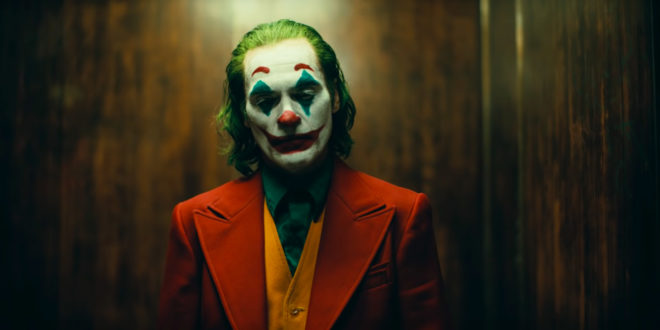 Back to Scorsese for this one. Not only was the corrupt and self-serving political elite a key element in Travis Bickle’s paranoid fantasies, but for De Niro’s character in The King of Comedy, America’s celebrity cult fetish only served to illustrate his own isolation. Just like Bickle, who prays that, “a real rain will come and wash all this scum off the streets”, the nefarious streets that drive Fleck’s anguish result from a broken political system that has allowed for inequality to take hold.

Hence Fleck’s obsession with Thomas Wayne, the archetypal industrial tycoon, who he perceives as the orchestrator of the misery that surrounds him. As if that wasn’t enough, the point is rammed home with a shot of Fleck being thrown out of a premiere for Charlie Chaplain’s Modern Times – the daddy of anti-capitalist cinema that prophecises a future of automation, factory lines and the enslavement of man by machines. 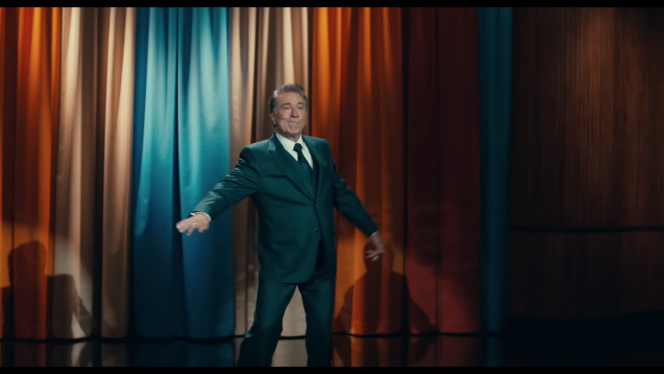 A message on mental health?

Batman nerds among us will rightly point out that the Joker got his green hue and manic smile from falling into a vat of acid. Joker offers a different origin and an altogether more poignant one. Namely, that evil arises from evil itself; that the cruelty and baseless violence we associate with the Joker is merely a reflection of his own mistreatment – a theme brilliantly reflected in the trailer’s soundtrack: Jimmy Durante’s version of Smile (“Smile though your heart is aching”.)

It certainly makes for a refreshing change to the more sensational origin stories of radioactive spiders and nuclear experiment accidents. We also catch a glimpse of Fleck’s journal (another Travis Bickle reference) where we can make out the following words: ‘The worst thing about having a mental illness is people expect you to behave as if you don’t’. In a universe synonymous with bulging pecs and billowing capes, Joker offers an empathetic and human representation of supervillainy which is long overdue.