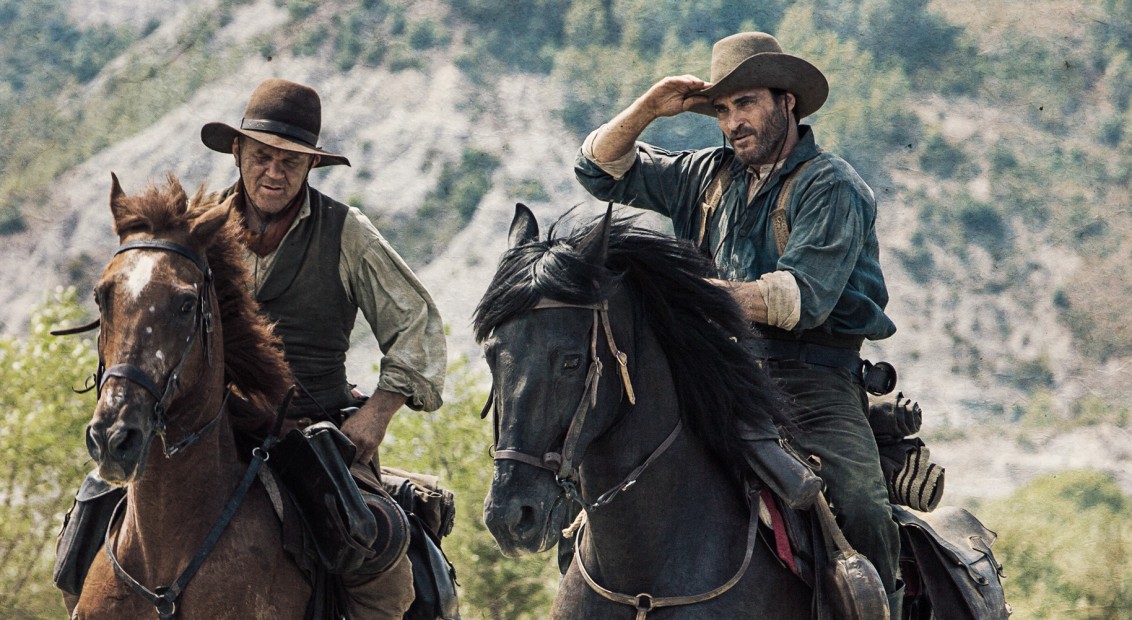 Hired gun
First up this weekend we have a film suggestion that’ll transport you to Oregon, 1850, where assassin brothers Eli and Charlie Sisters (played by John C Reilly and Joaquin Phoenix respectively) have been recruited to ride to San Francisco to whack Hermann Kermit Warm, played by Riz Ahmed. But we all know that hit jobs don’t always go that smoothly – especially when told by Hollywood – and along the way they come up against a hardy private detective (Jake Gyllenhaal), a determined spider and plenty of brotherly scraps.

Directed by Jacques Audiard, The Sisters Brothers is a funny yet melancholy watch that paints as vivid a portrait of the male psyche as it does the American frontier.

The Sisters Brothers is out now.

Swingin’ Sixties
Mary Quant may have been falsely credited with inventing the miniskirt – it was actually André Courrèges – but this should take nothing away from the British designer’s major influence on Britain’s Swingin’ Sixties scene.

Exploring her work, the V&A has opened a new exhibition tracing Quant’s archive; from cutting the ribbon on her iconic King’s Road boutique, Bazaar, back in 1955, through the following two decades that defined her career – shifting the fashion landscape and creating a ‘movement of liberation’ for working women bound by conservative clothing and gender roles.

“Fashion is not frivolous. It is a part of being alive today” – Mary Quant Watch the Mary Quant exhibition trailer and visit the international retrospective of the revolutionary fashion designer that opens at the V&A this Saturday, 6 April. Book now: Link in bio #WeWantQuant sponsored by @kingsroad.london with support from GRoW @ Annenberg @annenbergfdn

From hot pants to androgynous designs, bold graphics and the designer’s synonymous bob haircut (of course), Quant’s influence continues to this day – just look at the 70s influence that flowed through many SS19 collections. Take it all in at the V&A this weekend and pine for the days when King’s Road was a beacon of new culture.

Celebrating Walker’s eminent career and life, Moth Club is screening 30th Century Man this Sunday, a 2006 documentary that zooms in on the US musician and features interviews with friends, collaborators and fans including, among others: David Bowie (the film’s Executive Producer), Radiohead, Jarvis Cocker, Brian Eno, Damon Albarn and Richard Hawley.

Celebrate a true sonic trailblazer, and then stay for a drink in his honour.

How much of a racket can five guys make?
Long week? Let out some serious steam with Idles, the band on everyone’s lips and stuck in everyone’s heads.

Known for swinging from the venue rafters and throwing themselves into the raucous crowds, this Bristol outfit put on a show like few others. Now with their 2018 acclaimed record, Joy as an Act of Resistance – a long-play brimming with scuzzy angst – in their back pocket, featuring such titles as, Never Fight a Man with a Perm, the band have hit next level. Get involved and catch them live during their Electric Ballroom residency, where they’ll be playing three consecutive nights (Thursday – Saturday). So if you’re really keen, you can go back for more.

How much pasta is too much pasta?
In case you haven’t noticed, it’s been pretty bloody cold in London this week. So we’ve come up with a hearty grub suggestion to warm you up this weekend, courtesy of new Italian hotspot Latteria.

If you're looking for somewhere to dine with a difference next week, then Jason Atherton's @socialwineandtapas Restaurant in London is a must. ❤️ Serving modern tapas-style dishes made with the best of British produce, along with a seasonally changing selection of cheeses and charcuterie. And a wine list offering rare and fine wines sourced from around the world. This is one of their many dishes, our Burrata, blood orange, granola, honey and raisins. Amazing. #italiancheese #londonlife #italianheaven #lalatteriauk #urbancheese #delicious #mozzarella #madeinlondon #britishmilk #londonlovesfood #artisancheese #curdnerd #homecooking #feedfeed #londoncheese #freshfood #londondelicious #welovecheese #foodie #foodmatters #foodandwine

The second Italian restaurant by the people behind Marylebone spot Il Baretto, Latteria takes the team north to Essex Road. Kitted out in 1950s décor and a colour scheme Mondrian would approve of, Latteria offers up all the classics – think tagliatelle, pinsa-style pizzas and tiramisu – that look as good as they taste. Plus, they also do a food delivery service, so if your ideal dining situ involves your own sofa and TV, you can still enjoy fresh mozzarella straight to your door. Now that’s amore.