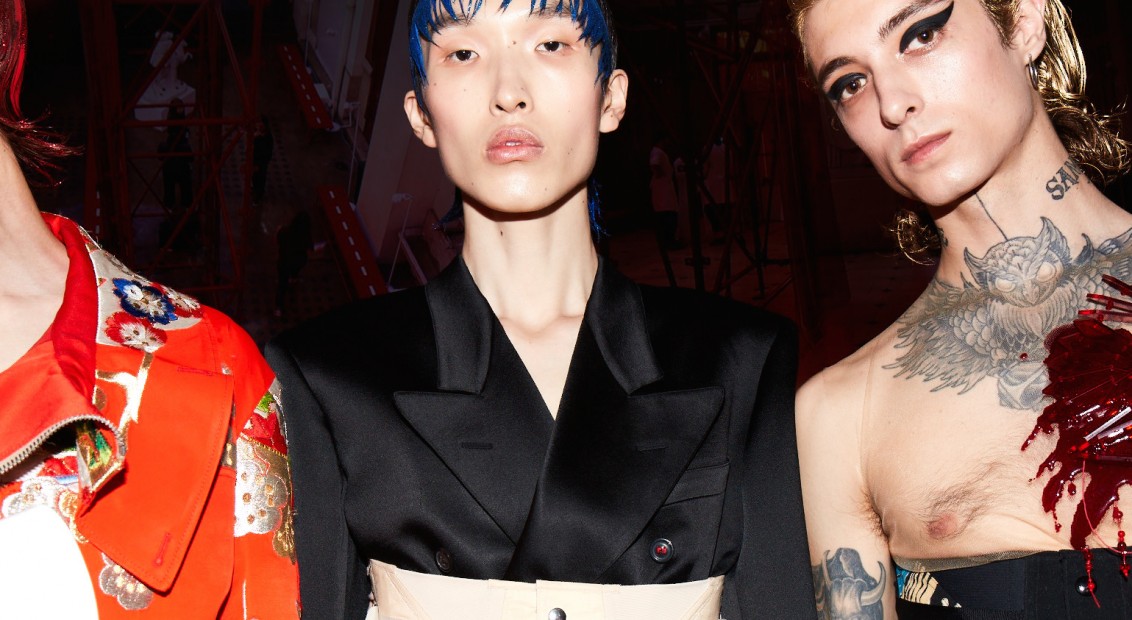 “I just got so excited with the changing landscape of menswear and the new energy that’s coming in at different houses,” begins John Galliano in a podcast released alongside his debut artisanal menswear collection for Maison Margiela, seen here via exclusive backstage imagery.

Presented in Paris last June, the artisanal collection – read: couture – marked a bold new step for the French designer’s time at the house, elevating his men’s ready-to-wear via a commitment to craftsmanship and tailoring. “We are trying to define what artisanal means for us,” continues John Galliano, “It’s rooted in craftsmanship and is the highest form of dressmaking, but for men. Its backbone is in tailoring, but we are trying to further explore the bias cut.” 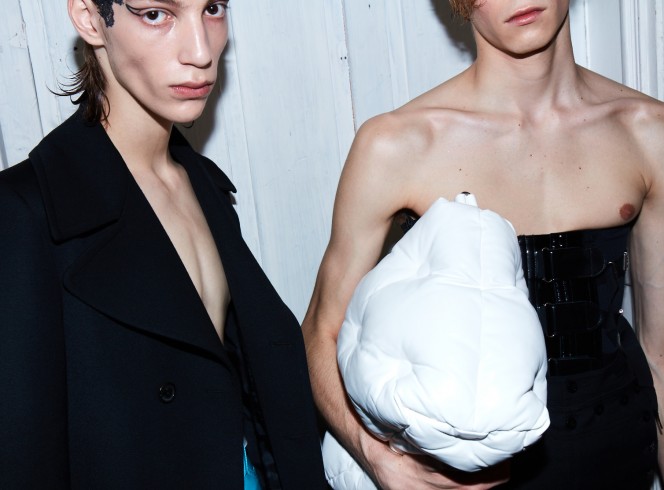 Taking the bias cut as a starting point – something of a calling card for Galliano’s womenswear – the French designer applied the method across traditional menswear materials and silhouettes, stricter fabrics that, once cut, created an entirely new shape and posture.

English tweeds were given the glamour of formal wear, thick wool overcoats hung across the body at an angle and kimonos converted into outerwear bridged the gap between Japan’s Heian period and Blade Runner. Elsewhere, tailored shoulder lines were released to become cape-like, slung over shoulders to emulate “that spine-tingling moment of an early morning shrug after an after-party,” in Galliano’s words. 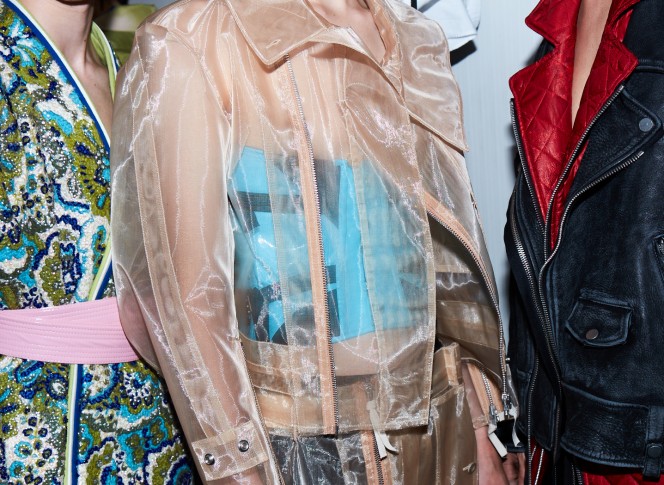 “The cut is inspired by the way we sometimes dress in haste, you know, you imagine those early pictures of Humphrey Bogart with a cigarette and the coat just on the shoulders there’s an unconscious glamour,” said Galliano. “It’s like a shrug. It’s an attitude. And I tried to express it through a coat, so we could all have that attitude.”

Combined with corsets, hairnets, vinyl leggings, voile scarves, gold cowboy boots and patent leather wader boots, we were given a lesson in subverted glamour – elevating the ordinary into the extraordinary, twisting the typical until it becomes the exception.