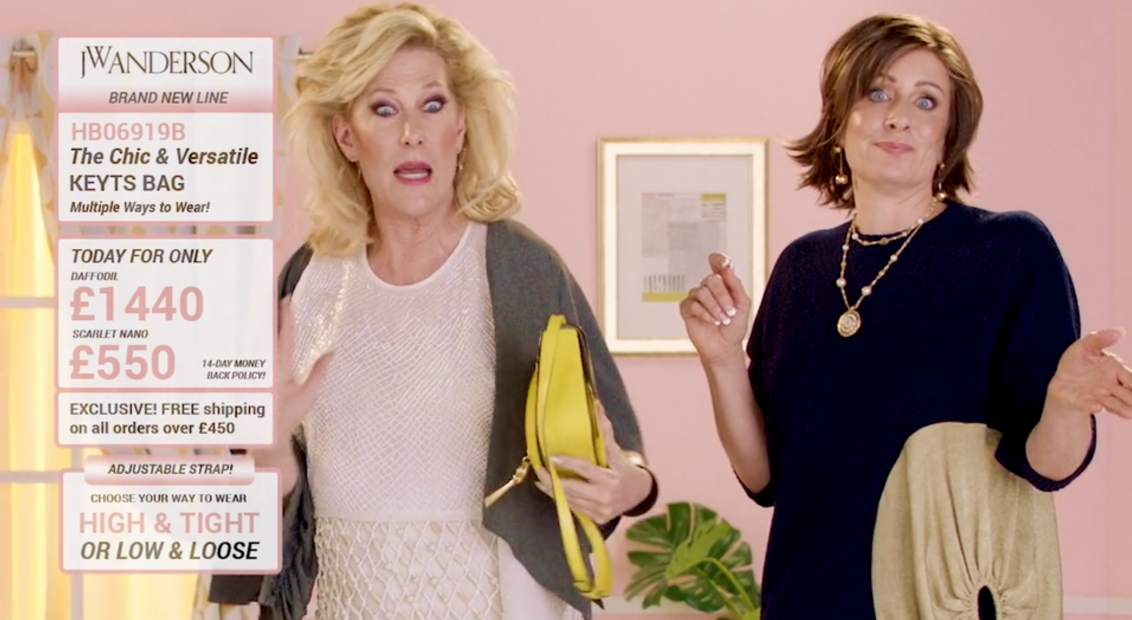 JW Anderson may sell his wares across worldwide stores and online, however there’s one medium the British designer has yet to take full advantage of, teleshopping… that is, until now.

Launching a new trio of handbags, Anderson has created a parody infomercial titled JWA-TV, in homage to the pillar of day-time TV that is teleshopping. The first instalment of this three-parter begins with the Keyts bag before moving on to the Anchor Logo and Bike Bags.

Sandie Stone, the show’s innuendo-loving host, is played by trans-cabaret star, writer, activist and actor Justin Vivian Bond, a long-standing inspiration of Anderson’s who conducts proceedings like a seasoned veteran of the genre. Alongside her is Joyce Nawman, Sandie’s co-host played by Jill Pangolla, a New York-based multidisciplinary performer, while the role of model Staci D is played by Amber, a real-life QVC on-air talent.

“I have always been an enormous fan of Viv [Justin Vivian Bond]” says Jonathan Anderson.  “I remember working on some of my first collections and listening to her albums on repeat. I ran into her in San Francisco not too long ago and I thought, we have to do something with her.”

Not only does the Keyts bag shape-shift to accommodate your needs with its adjustable strap, it is also available in tote form and nano size, as demonstrated by Sandie, who reveals the miniature version sat inside its big sister like a magician pulling a rabbit from a hat.