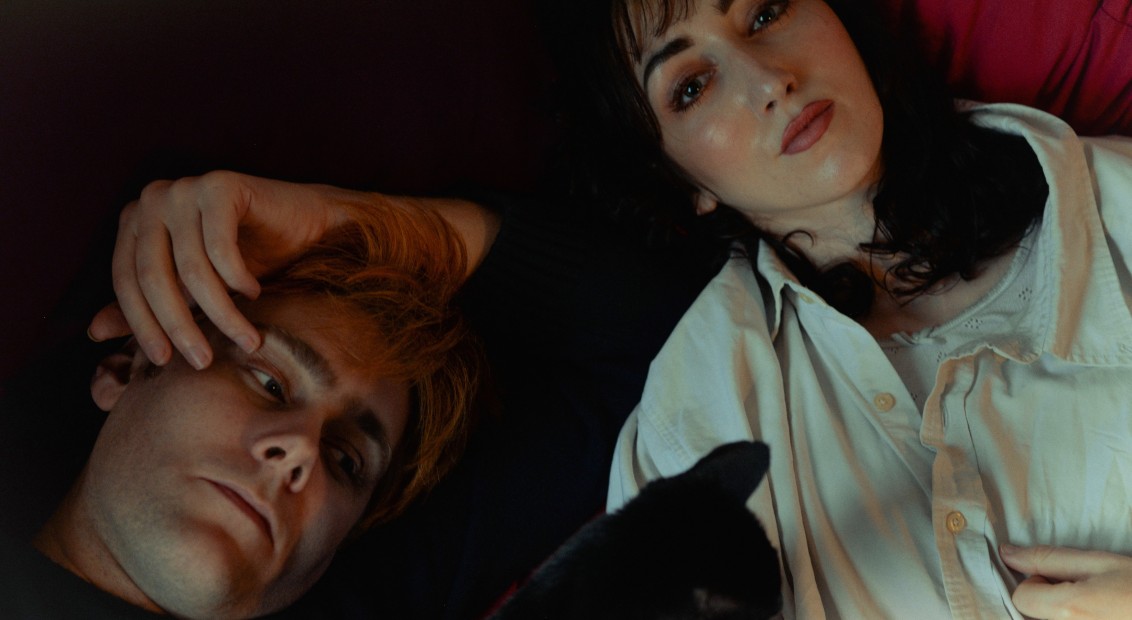 From the fertile grounds of South London comes Pregoblin, a collaboration between Alex Sebley and Jessica Winter. Both well-known faces on the musical scene, Sebley previously played with The Saudis, alongside Lias and Nathan Saoudi (of Fat White Family fame), while Winter is a producer and writer who has worked with members of Gorillaz, Fat White Family, and Dinosaur Pile-Up.

Here, we premiere the pair’s debut video for their track Combustion, co-produced by the band with Dan Foat & Nathan Boddy of Fnord Communications (who have previously put out tracks by Shame and The Rhythm Method).

Led by murky piano loops and a euphoric refrain (“Is the way, is the way, is the way”), the track takes us on a brooding disco trip that recalls every great night you’ve ever had. You know the feeling: lost in a 4/4 utopia, glimpses of the sublime edging through the vape cloud. It’s Giorgio Moroder on the Wetherspoons circuit. It’s a velour tracksuit paired with Gucci loafers. It’s World in Motion had New Order scrolled further down their contacts and dialled Bryne rather than Barnes.

Directed by Sebley, the video reflects the duo’s dynamic. “For me it shows how Pregoblin began and what excites me about our music,” says Winter of the concept. “Pregoblin is a role reversal, I’m in the producer chair and this video reflects that. When going into a studio the woman often gets told how to sound, how to be. A lot of people will just assume that with a male/female duo, the man does all the music and the girl just sings or looks pretty. We’re challenging that and I think the images of a woman on top of a piano with the man playing the piano then spinning to me playing the piano and Alex on top of the piano perfectly explains this scenario for me.”

Pregoblin headline The Victoria in Dalston on Thursday 28th March to celebrate the release of their debut single, before going on tour: