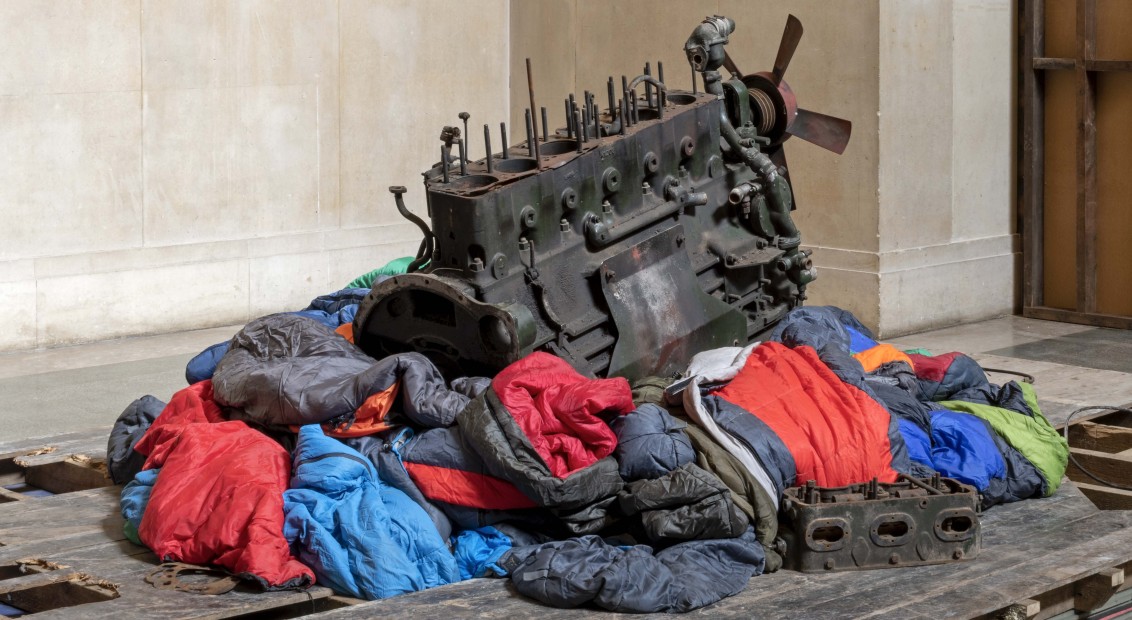 British artist Mike Nelson has spent a lifetime sifting through material detritus as a means of reconstructing cultural and individual narrative. From hulking pieces of industrial salvage to personal belongings and other seemingly nondescript flotsam and jetsam, all have literally come to shape the artist’s work, now welcomed by Tate Britain for their latest Duveen Gallery commission.

Unveiled today, The Asset Strippers will occupy the heart of the gallery, in a space most recently inhabited by Anthea Hamilton (2018), Cerith Wyn Evans (2017) and Pablo Bronstein (2016). Originally conceived as one of this country’s first purpose-built sculpture courts – one capable of rivalling those at the British Museum and V&A – Nelson’s work feels like a particularly apt choice for the Duveen Gallery given its legacy of showing some of the most internationally prodigious sculptors, from Richard Long’s Norfolk flint circle (1990) to Richard Serra’s steel slabs (1992). 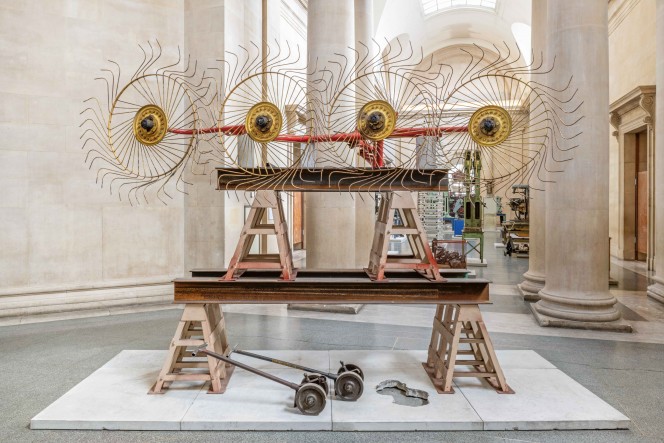 Under Nelson’s vision, the space takes on the appearance of a scrapyard, strewn with muscular yet antiquated bits of machinery that sit atop old workbenches, filing cabinets or even nestled among abandoned sleeping bags. In stark contrast to the neo-classical surroundings of the Duveen’s polished marble, this over-engineered anachronistic machinery reveals its sculptural potential. They are remnants of a by-gone era, accumulated via online auctions of company liquidators and salvage heaps. Stripped of their original utility, they appear like ancient artefacts, portals into social and political histories that threaten to fade into obscurity.

From textile factory knitting machines reminiscent of the ones he grew up around in the East Midlands to woodwork stripped from a former army barracks and doors from an NHS hospital, these objects bear the marks of untold hours of human labour, with each scrape, snag and imprint offering a physical reminder of its former life.

As Nelson explains, “Their manipulation and arrangement subtly shifts them from what they once were into sculpture, and then back again to what they are – examples of the machines and equipment left over from industry and infrastructure. The exhibition weaves this allusion with that of British history. It presents us with a vision of artefacts cannibalised from the last days of the industrial era in place of the treasures of empire that would normally adorn such halls.”