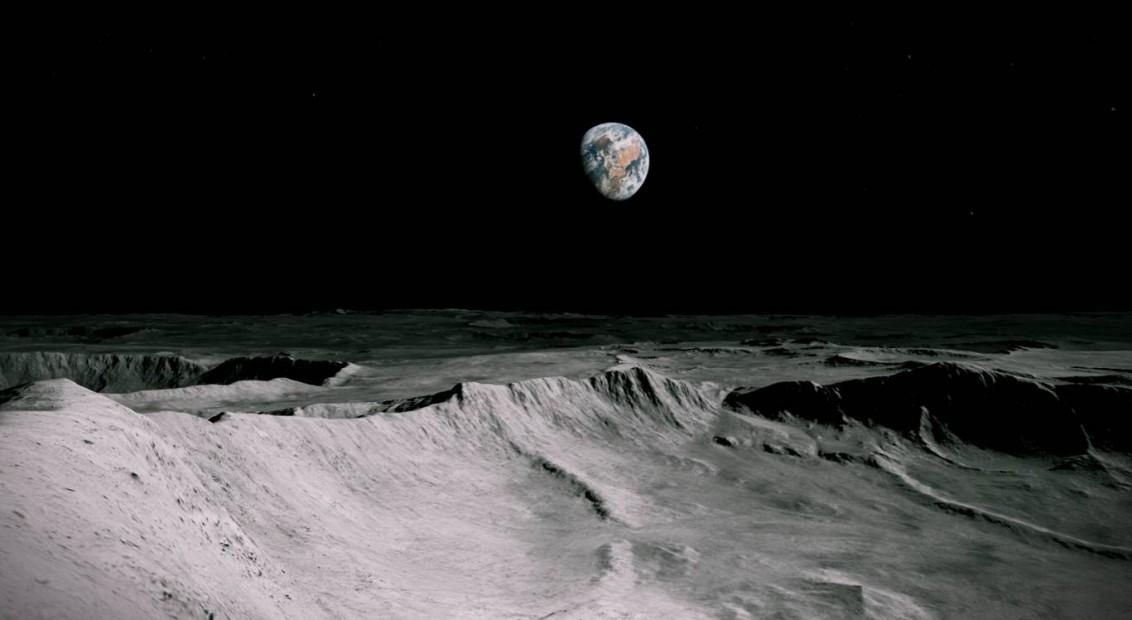 Sir Antony Gormley is no stranger to large-scale ambition. The artist behind the Angel of the North often imbues his signature human-form sculptures with sublime natural setting, but for his latest project, Gormley is thinking bigger still with a new virtual reality installation that transports visitors to the Moon’s surface.

Having teamed up with American astrophysicist, Yale professor and black-hole expert Priya Natarajan, Lunatick will open at the The Store X, 180 The Strand this April. The fifteen minute immersive experience will require visitors to wear VR headsets as they launch from the beaches of Easter Island, rocketing through the stratosphere, past asteroid belts and distant planets to a perfect reconstruction of the moon’s surface. “Our nearest neighbour is the Moon,” said Gormley, “This project allows us to experience it as a found object in space, to explore its vast open spaces and swoop the ridges and valleys of its craters.”

The idea was partially based on the works of C.S. Lewis, specifically his science-fiction work The Space Trilogy, which Gormley claimed help form the premise of the installation. “In them a man named Elwin Ransom travels the universe in a coffin. I love the idea of extending the body’s capability and allowing it to travel at many times the speed of light.”

Working together with Acute Art, the tech organisation collaborating with the world’s most prodigious art talent to translate their visions into virtual, augmented and mixed realities (recent collaborations include Jeff Koons and Marina Abramović), the pair have developed an experience that Natarajan described as “a space ride like none other”.

Lunatick is at The Store X, 180 The Strand, from April 5 to 25 and admission is £5. Advance tickets are available to book here.