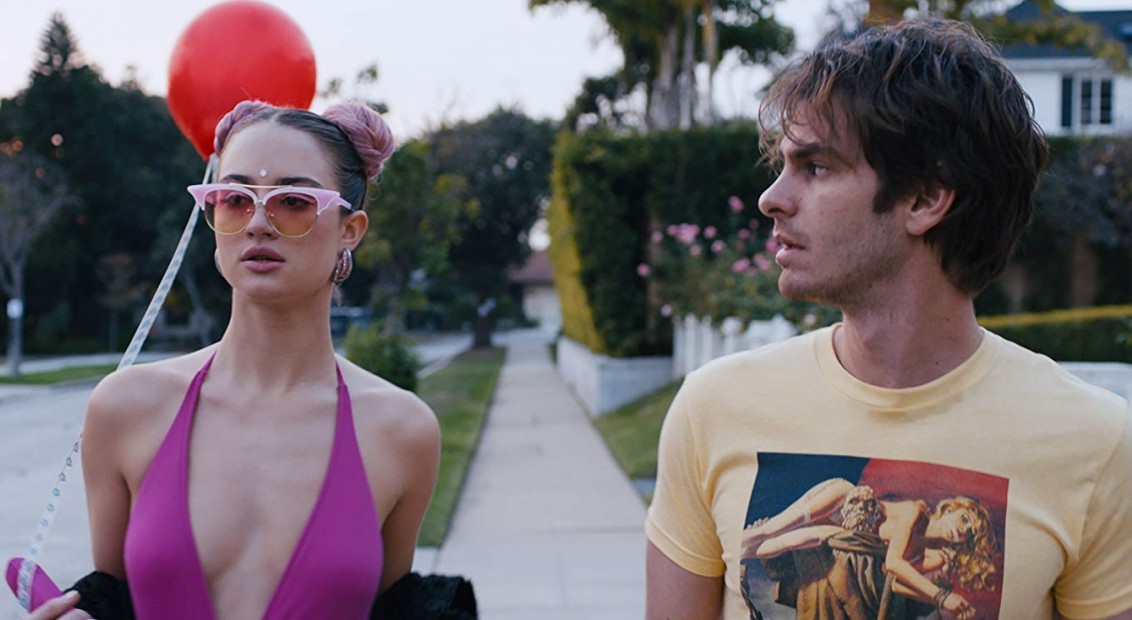 When you meet the girl of your dreams and then she goes and disappears into thin air
HERO 21 cover star Andrew Garfield takes the lead in this week’s film recommendation, Under the Silver Lake. The second movie by David Robert Mitchell after the success of It Follows, this time the filmmaker takes us to LA where we meet Sam (Garfield), an unemployed lost soul in the City of Angels who fills his days with conspiracy theories, weed and goggling his neighbours.

It’s when he meets Sarah (Riley Keough), a mysterious woman in the next apartment who suddenly goes missing, that events take a strange turn. From there we take a surreal trip as Sam pieces together clues from old copies of Playboy, goth song lyrics and historic monuments. Produced by A24 – who can seemingly do no wrong – think David Lynch meets Big Lebowski and you’re on the right track.

Under the Silver Lake is out now.

Wipeout Beat
She’s the No Wave queen; a true iconoclast who chewed up the rulebook and ripped it a new one. Lydia Lunch – who got her name because she used to steal food for her friends, American punks the Dead Boys – first wandered into New York aged just fourteen. From there she swiftly transformed herself into the punk, skank symbol. By fronting revolutionary – and criminally underrated – bands such as Teenage Jesus and the Jerks and 8-Eyed Spy Lunch created a whole new epoch, an aesthetic that resonates to this day.

Throughout, Lunch’s career has been intertwined with the late – and great – Alan Vega and Martin Rev of Suicide – one of music’s most potent and uncompromising groups of all time – ever since she saw the duo age sixteen having just arrived in NYC. That show would inform Lunch’s own incendiary performances.

This weekend in London, this icon of debauchery is teaming up with Étant Donnés’ Marc Hurtado for a night informed by Suicide and Alan Vega songs. According to the event info, “it will be a kind of sonic “Blitzkrieg” and a visual shamanic ceremony, where both artists will burn their souls in the volcanic heart of the music of Alan Vega and Suicide.” That’s us sold.

Krautrock king
One legend not enough for you? Damo Suzuki will also be in London this weekend as his never-ending tour here stops off at The Lexington on Sunday eve, where the former Can frontman will perform with an assembly of hand-picked local musicians for a night of krautrock improv courtesy of a man so magic Mark E. Smith even wrote a song dedicated to him.

Two gigs in one weekend? Can’t be done you say? Pfft, amateur.

Kaleidoscope eyes
Take a trip (quite literally) to the Saatchi Gallery’s new kaleidoscope installation. Exploring how human perception can be twisted and distorted, the exhibition showcases the work of nine artists. Step inside Laura Buckley’s human-scale kaleidoscope – titled Fata Morgana – and lose yourself in repetition, while Florence Hutchings’ vivid still-life paintings and Whitney Bedford’s tempestuous seascapes will bring you back to reality. 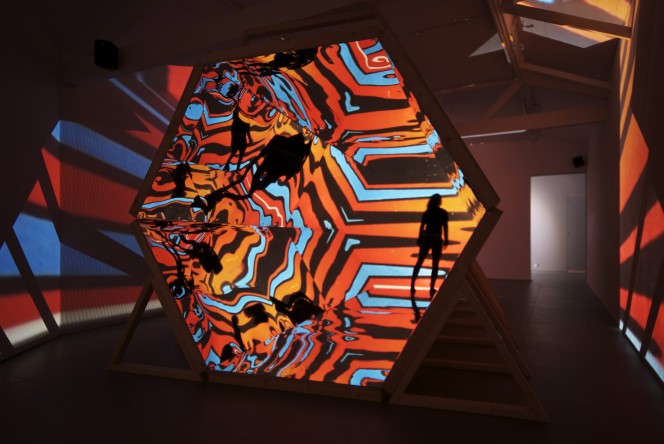 Connect the dots: Gucci, Kellyann Conway and Beyonce
New York-based artist Jonathan Horowitz’ dialectic practice reaches new heights with his latest exhibition, Pre-Fall ’17, at Sadie Coles Gallery. As an artist who interrogates dodgy politics, pernicious celebrities, unbridled consumerism and conflict, you might say Horowitz is a man of times, for our times, holding up a mirror to the hypocrisy and double standards we are all too often ashamed to inspect ourselves.

Nowhere is his signature brand of cynicism better demonstrated than his new four-channel video Transfer of Power, in which Horowitz demonstrates the contingent cycle of popular culture as it morphs into unrecognisable forms through a process of appropriation and re-appropriation. What begins with footage of Kellyann Conway – advisor and confidant of Donald Trump – strutting through the Capitol corridors in her Gucci coat is followed by footage of the all-white cast of the Gucci show in which the jacket first aired. Cut to a Gucci fashion campaign from the same year in which an all-black cast appear skipping and jiving among broken fire hydrants, then finally to Beyoncé and Jay-Z’s Apeshit (2018) music video, in which the couple stand in front of the Louvre’s masterpieces, dripping in jewellery and designer clobber.

Elsewhere, the illusion of choice is summed up in Horowitz’ long-running Coke/Pepsi series – gridded diptychs of products all owned by the same multi-national that serve to remind us that the idea of free choice is a carefully engineered, beautifully rendered fallacy. 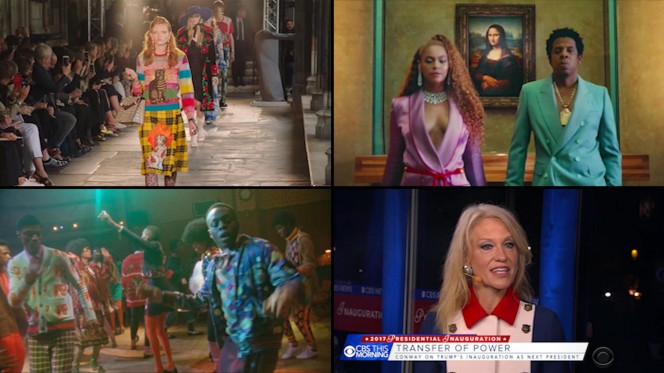 Top Craic
This Sunday is St Patrick’s Day so, in celebration of our Irish brothers and sisters, we’re heading to Bethnal Green’s Sun Tavern for a night that’s more Irish than a Tayto Crisp Sandwich washed down with a pint of the black stuff.

Make your drink selection from 40 brands of Irish spirits – including the UK’s largest selection of original Irish moonshine, hooch poitín (so potent it was banned for three centuries and only legalised in 1997) – and get down to the sound of a traditional cèilidh band before Madness frontman Suggs takes to the decks to lead us into the early hours. Expect plenty of Shane MacGowan, Boomtown Rats and The Cranberries (that’s our pick, anyway), and its BYOB – ‘B’ meaning bodhrán. Crack on, boyo.