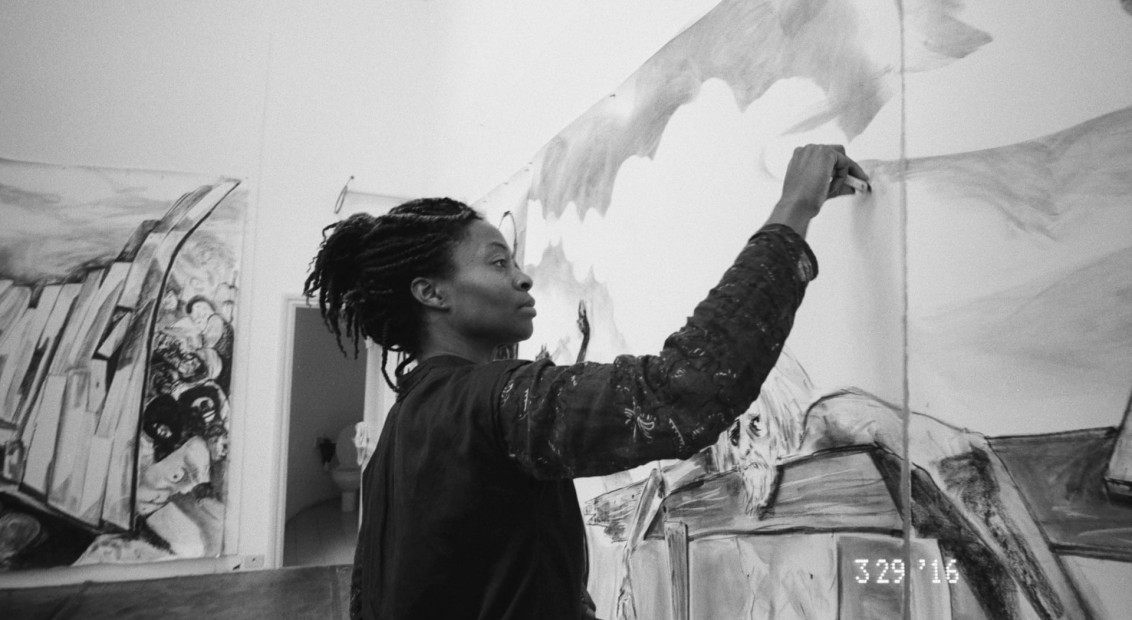 Following Tania Brugera’s immersive transformation of the Turbine Hall into an arena of protest, community action and multi-sensory stimulation, American painter Kara Walker has been unveiled as the latest artist to take on the prestigious commission, tasked with transforming the cavernous space into an intimate reflection of her life-long preoccupation with identity, race, sexuality and violence.

Having emerged in the early nineties with her wall-sized silhouette cut-outs – a medium that has remained central to her practice ever since – Walker has, over the last 25 years, expanded her creative output to include painting, print, film, projection and sculpture. These nightmarish cut-outs – harrowing juxtapositions of heinous violence; lynchings, dismemberment and rape, articulated in the soft curves and anonymous silhouettes of what could be a children’s book illustration – are typical of the artist’s confrontational and often explicit approach to Black American history.

More recently, Walker has produced equally imposing, large-scale sculpture that adopts Jim Crow-era black caricature as a means of interrogating the idea of black labour and the slave trade. In 2014 she was commissioned for Brooklyn’s Domino Sugar Refinery and responded with a ten-meter high mambo-sphinx, made entirely of sugar, with smaller ‘Lollipop’ sculptures – piccaninny evocations in amber and black –made from boiled sugar. Entitled, A Subtlety, or the Marvelous Sugar Baby, an Homage to the unpaid and overworked Artisans who have refined our Sweet tastes from the cane fields to the Kitchens of the New World on the Occasion of the demolition of the Domino Sugar Refining Plant, the work was made from around eighty tons of sugar.

Frances Morris, the Tate Modern director, said: “Kara Walker fearlessly tackles some of the most complex issues we face today. Her work addresses history and identity with a powerful directness, but also with great understanding, nuance and wit. Seeing her respond to the industrial scale of the Turbine Hall – and the wider context of London and British history – is a hugely exciting proposition.”

Walker’s work for the Turbine Hall will be open to the public from Wednesday 2nd October 2019 to Sunday 5th April 2020.