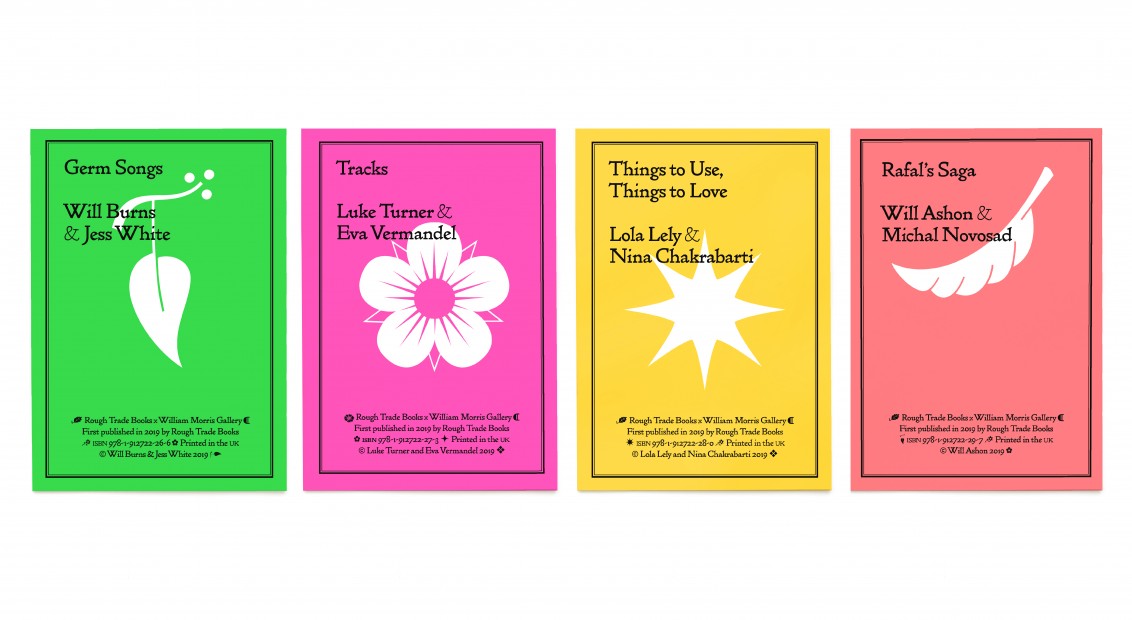 Last year Rough Trade launched a new publishing arm. Describing itself as “bringing the same original spirit and radical direction” of the record label to the world of book publishing, the legendary label’s inaugural release was a collection of twelve pamphlets, the first in an ongoing series titled Rough Trade Editions. 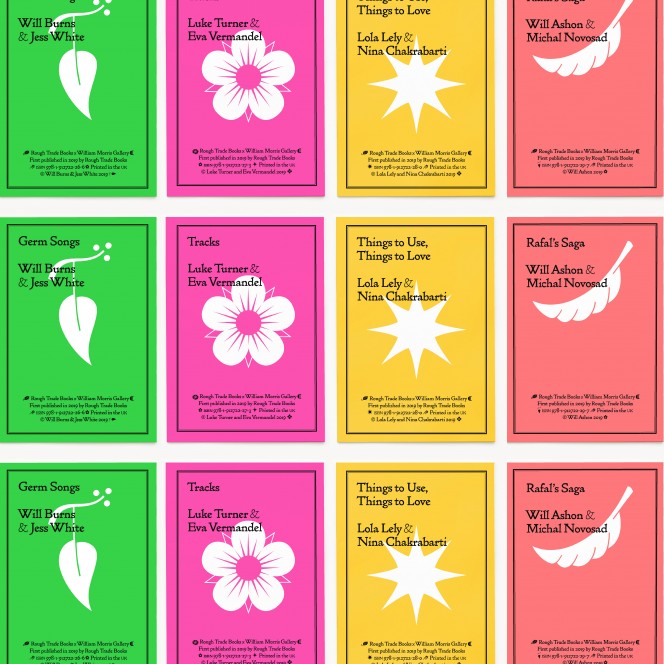 Inspired by the City Lights bookstore in San Francisco, which published Allen Ginsberg’s seminal poem Howl alongside other political, radical pamphlet-books, these pocket-sized publications bring together counter-culture texts by a wide range of writers, poets, illustrators, photographers and other artists and musicians. Past releases have come from the likes of Jarvis Cocker, music journalist Jon Savage and poet and pro-skater Olly Todd.

Now comes the fourth part of the Editions series, featuring a special collaboration with the William Morris Gallery. Riffing on the British designer’s passion for printing and specifically his interest in the pamphlet form – he used to create socialist pamphlets to distribute at rallies and demonstrations, and also founded the Kelmscott Press – Rough Trade recruited eight names to create collaborative new work “that is, in some demonstrable way, in dialogue with the work of William Morris.”

Boasting a diverse line-up, Poet Will Burns teams up with artist Jess White on a series of poems and drawings informed by the natural world, writer and editor Luke Turner and Belgian photographer Eva Vermandel have created a short fiction that explores identity, memory and the struggle to engage and contend with nature in the contemporary world. While writer and illustrator Nina Chakrabarti joins multidisciplinary artist Lola Lely exchange thoughts on the ordinary and extraordinary, and author Will Ashon and electrician and sometime DJ Michal Novosad present a tale of homeless life in London.

Meanwhile, the William Morris influence translates to the pamphlet designs. Commissioned by Rough Trade, designer Tim Donaldson created a font inspired by Morris’ ‘Golden Type’ typeface, titled ‘Billy Mozz’ – this features across each front cover alongside decorative ornaments such as leaves and flowers.