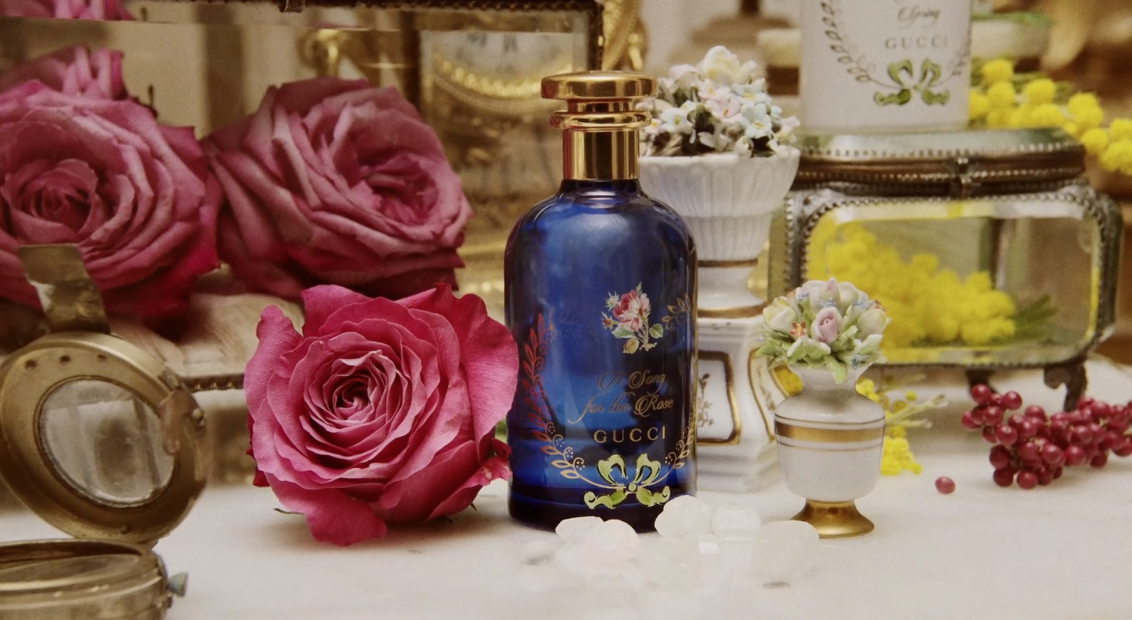 Syphoning from the past to create his own maximalist remix of eras, genres and cultures, cultural synthesis has proven to be Alessandro Michele’s raison d’etre during his time at the Gucci wheel. Rummaging through history for his seasonal inspo – be it the Les Alyscamps necropolis, Aztec temples or Renaissance Florence – FW17 saw this process realised as Michele’s very own alchemist’s garden – “an anti-modern laboratory”. Now, that garden has blossomed into a new set of  Gucci fragrances conceived by Alessandro Michele over the course of three years.

Dating back to Hellenistic Egypt in the 3rd and 4th centuries BCE, the ancient philosophical practice of alchemy is taken as the basis for the new collection that fully embraces the doctrine of transmutation – the chemical conversion that sees base materials combined in such a way as to create gold, life elixirs and other desirable outcomes. Titled The Alchemist’s Garden, the capsule constitutes seven eaux de parfums, four oils, three acque profumate and a candle, under whose light you can craft a custom potion unique to your olfactory arousal.

Central to the idea behind is perfume is personalisation, a range broad enough to encompass each individual moment and memory that then becomes inextricably linked to a certain smell. The forty-nine different scent combinations are a reflection of that, and each is designed with a specific intention. Just as Michele’s preference for eclectic references on the runway sees him experiment with layers of history and culture, blending and probing in ways only he knows, The Alchemist’s Garden dictates a similar methodology. Around the seven core EDP’s of rose, oud, amber, violent, woods, iris and mimosa, each of the four oils are designed to intensify whichever scent they are layered with – while the acque profumate lightens and lifts.

“The idea that some primary scents of perfumery, like the essences of the flowers, the green scent of some plants could be joined to atmospheres, linked to memories.” said Michele on the founding principles of the project. “[They] also link to the idea that a perfume in an alchemical way can through a scent bring you back to a different place, through a sense so strong and so important for every human being”

Shot by Colin Dodgson, the accompanying film hovers over the marble bathroom of an eccentric collector. Filled with oddities; ceramics, figurines, ornaments, tropical parrots, and of course, lot’s of Gucci perfume, the imagery is reminiscent of a vintage apothecary, brimming with exotic and mysterious bottles. 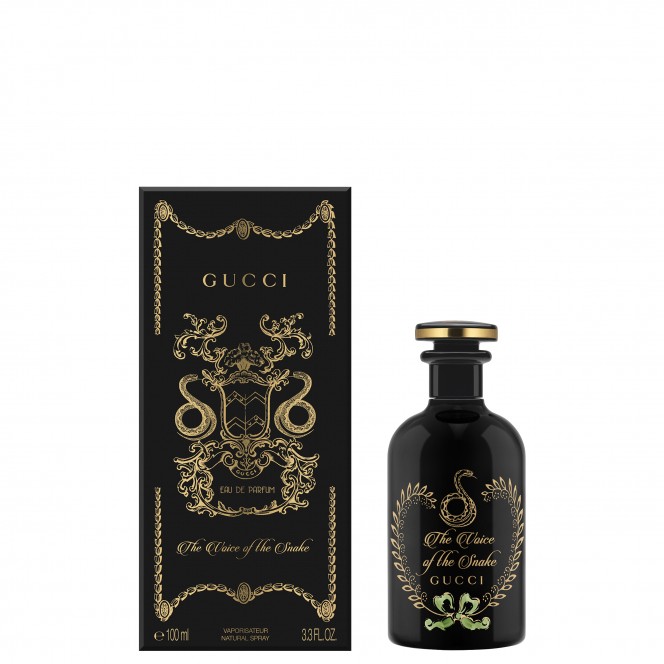 The Alchemist’s Garden is out now.