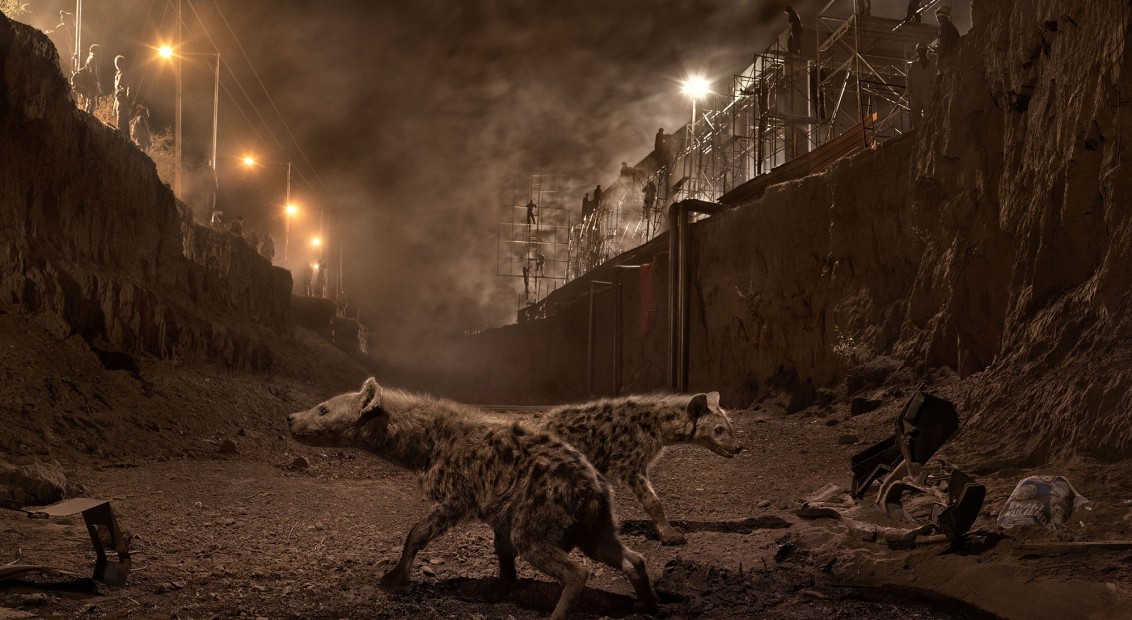 Since 2001, British photographer Nick Brandt has captured Africa’s wilderness as it slowly recedes into oblivion, training his lens on the increasingly desperate struggle between the continent’s unrivalled wildlife and the encroaching human development that threatens its survival. For a new monograph, This Empty World, Brandt explores the point at which those two worlds collide, staging cinematic encounters that unite east Africa’s animals and people as joint victims of environmental degradation and rampant urban development. 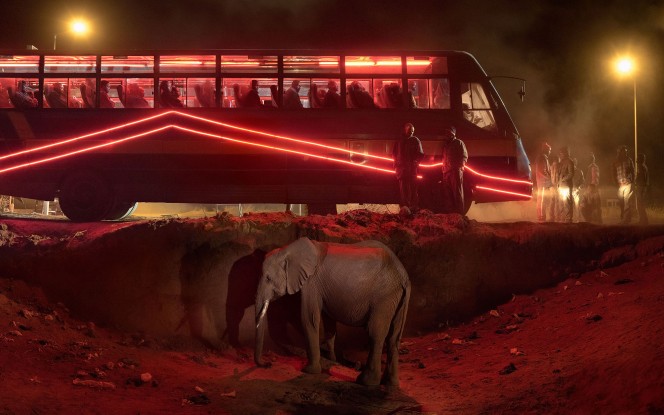 Having previously shot in black and white, the new monograph marks the first time the Central Saint Martins graduate has abandoned his signature monochrome palette. It is an apt transition for this project, enabling him to capture ominous industrial neons and other lurid harbingers of damaging human activity. Not only does the series represent a new artistic direction for the 55-year-old, but an immensely demanding technical challenge that required Brandt to combine two moments in time – often captured weeks apart from the identical camera position. 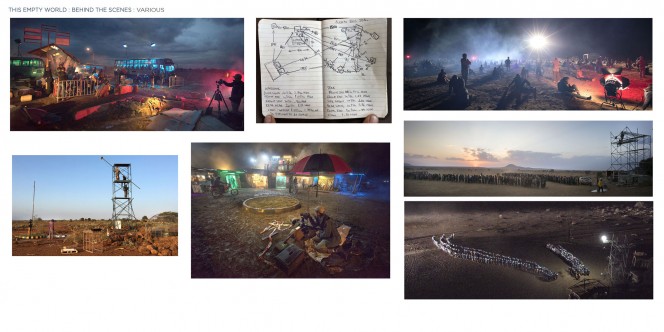 Shot on local Masai community land in Kenya, each photograph is the result of a meticulously lit and constructed set, built by Brandt and his team before being photographed and disassembled. Once each set is partially built, Brandt waits for the animals indigenous to the region to wander into shot, after which, the set is built in its entirety, people are added, and a second photograph is taken to be overlaid with the first for a composite of the two intricately plotted elements. From bridge and highway construction sites to petrol stations and dead forest, the images are a harrowing and deeply moving omen of a landscape devoid of its wildlife and essential life force.

The work builds on Brandt’s near twenty-year mission to memorialise the vanishing beauty of an area he first discovered in 1995 while shooting the music video for Michael Jackson’s, The Earth Song. Since that moment, Brandt has produced his entire photographic oeuvre around developing a new format of wildlife photography, shunning the conventional use of colour and composition for a more intimate style, less concerned with explosive action that capturing animals in their natural state of being. His 2000’s trilogy, On This Earth, A Shadow Falls, Across the Ravaged Land (each title is designed to form one composite sentence), culminated in Brandt founding the Big Life Foundation, a non-profit organisation dedicated to preserving Africa’s ecosystems and wildlife.

This Empty World by Thames and Hudson is available to purchase here and coincides with Brandt’s exhibition at Waddington Custot, London, from 7th February to 7th March.