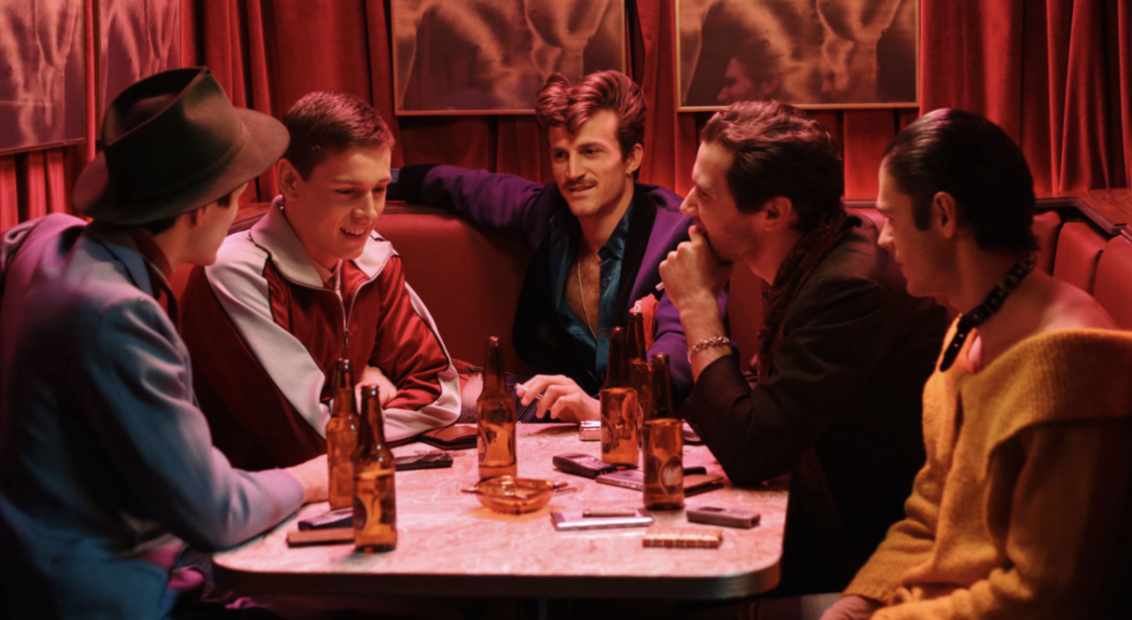 Fun to be had

Fun to be had

“What is art? Prostitution.” – Charles Baudelaire
Kick off the weekend in an imaginary, futuristic version of Soho via Postcards of London, a new film directed by cult filmmaker Steve McLean. Here, we’re introduced to HERO 19 star Harris Dickinson‘s character, Jim, an Essex teen who escapes to London only to find himself roped into a strange world of prostitution with peculiar artistic leanings.

Within this vivid cityscape, Jim finds work as a ‘raconteur’ – “they’re like high-class escorts, but specialising in post-coital conversation, they’re trained in poetry and art and literacy”, Dickinson told us in his HERO 19 interview – tasked with wooing older men who look at him as something of a muse. And here’s the curveball, Jim also has a hidden power: when faced with great art he hallucinates himself into the work.

If you’re a fan of neon, Derek Jarman and seedy undertones, you’ll lap it up.

Postcards of London is out in select cinemas now.

Total mayhem
Emerging from Copenhagen’s Mayhem scene alongside the likes of Iceage and Lower, Pardans have a pedigree that befits their output. Contorting genres and sounds to create their own potent voice, there’s a hint of no wave icon James Chance in their punk-jazz twists – which is fine praise indeed.

Hitting up the Shacklewell Arms this weekend, you’d be a fool to miss this one. Oh, and be sure to arrive early for South London support act, Honkies. Turn up freezing, leave a sweaty mess.

Time Will Tell
Darren Almond’s latest exhibition for White Cube Bermondsey sees the Wigan-born artist depart from his usual raison d’être of sweeping cinematic photographs taken under the glow of a full moon to focus his attention on the cruellest of all mistresses, time. At the heart of Almond’s insight is the manner in which we articulate time through numbers and how they, in turn, structure our perception of the world as the only ‘true common language’.

Across two rooms, Almond’s paintings are composed of individual tiles, cast in concrete, metal or reflective mirrors set in a grid. At their centre, a flurry of fragmented numbers, often split across separate tiles, resemble a figurative interpretation of a fixed and immutable language. Like a frozen split-flap display, the numbers are stripped of their utility but remain totally recognisable.

Elsewhere, the artist was granted unprecedented access to the Royal Observatory Greenwich, where he recorded the metronomic melodies of the three 18th century marine clocks that are housed there, designed and built by John Harrison. The ancient clocks enabled mariners to determine their longitude at sea (don’t ask us how), and led to the subsequent invention of the marine chronometer. The recordings of these clocks, each with their own distinct character and resonance, are played throughout the exhibition. 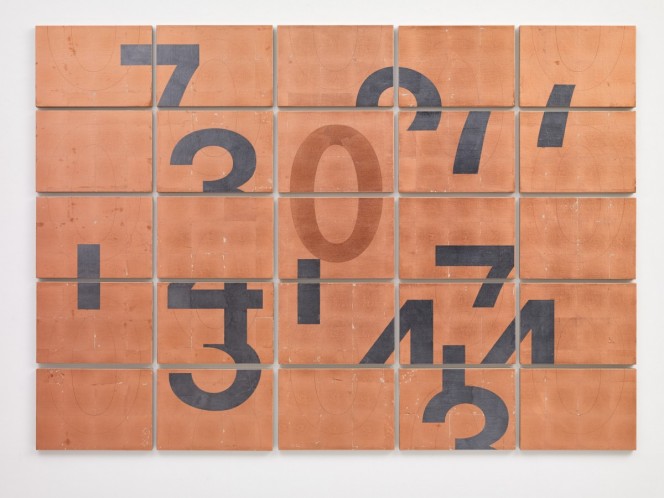 Bargains to be had
For one day only, London design duo Cottweiler are setting up stall in E8 for a special pop-up shop. The guys have kept info to a minimum, coaxing maximum intrigue, we just hope that they’ve brought along some of those killer leather jackets from the FW18 collection. We’ll take three.

RINSE, REPEAT
Taking over Greenwich’s NOW Gallery, London designer Richard Malone is presenting an exhibition exploring our relationship with fashion, art and sustainability, while offering a candid insight into his own design ethos: resourcefulness, hyper-construction and atypical elegance

Titled RINSE, REPEAT, visitors are encouraged to try on Malone’s designs, flick through his sketchbooks and listen to sound recordings from interviews with women who influence him in order to get into his mindset and really explore the designer’s full process. Malone has said that he hopes the show encourages others to have a go and create something of their own.

The Rinse, Repeat exhibition runs until 27th Jan 2019 at the NOW Gallery.

It’s new, it’s wilde, and it’s waiting for you
Time for a drink. This week head to Old Street where the guys behind Sager + Wilde, have recently launched Fare Bar + Canteen, a new all-day destination where you can move from coffee to brunch to lunch to drinks to dinner and back to drinks without moving a muscle.

We all know about Sager + Wilde’s mouth-watering wine list, but alongside that, the new venue boasts delicious cocktails – they’ve even created their own special tonic water, impressive – and a Mediterranean menu courtesy of Ellory’s Thomas Raymond. Think barbecue chicken skewers, Jerusalem Artichokes, smoked potatoes and plenty of flatbread. Thinking about it? Yeah, us too.