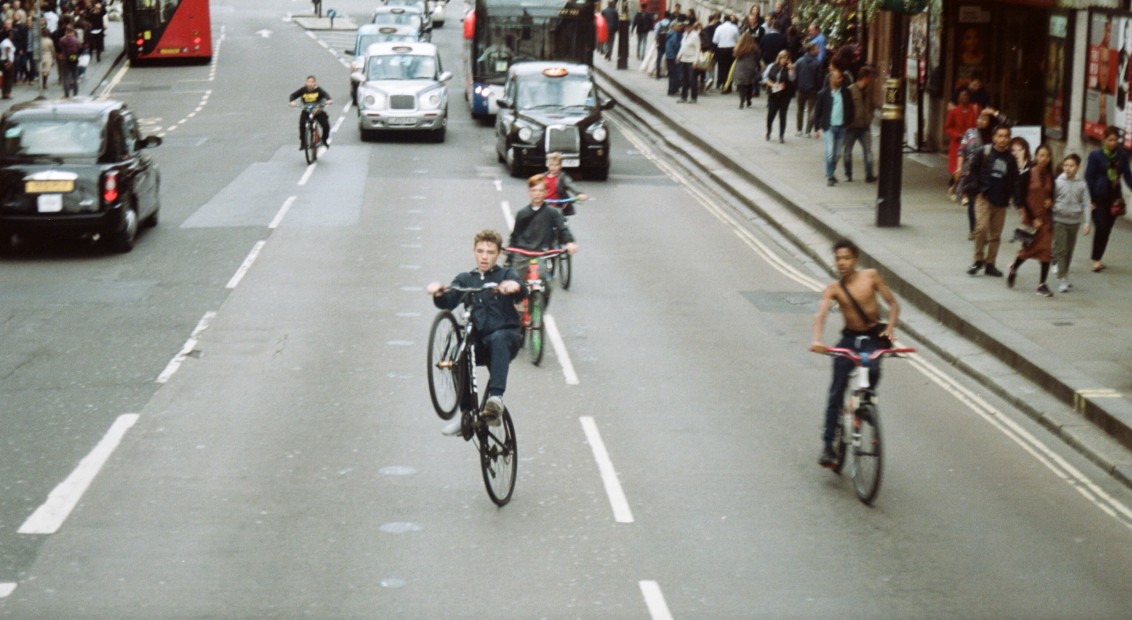 Operating as a guardian figure that introduces you to new, exciting music and art, London-based zine Cool Brother is a touchstone of nascent creativity. Founding the publication on a DIY, self-published ethos, editors Woody Cecilia and Emma Balebela wanted to translate their friendship collaborations to a tangible form, free to all and inspired by those early zines of the 70s and 80s (such as Slash and Sniffin’ Glue – publications that penned the energy of the punk and new wave scene to paper).

This means tapping nascent musicians, artists and designers and placing these young names alongside established talent to create a tightly curated and playful vision “designed to be treasured and stuck up on bedroom walls” – according to the pair. Now for their third issue, Cool Brother shifts focus inwards, at the city it calls home, London. In particular, the concrete buildings that form the city’s suburban personality. A homage to the harsh, grey edges of modern suburbia, Concrete Hour plugs into those twilight hours, where buildings merge with the sinking sky and the night beams with potential. Featuring tour diaries, editorials, illustrations and an interview with a very obliging 2-D from Gorillaz (“Don’t ask, ya don’t get!”), we nabbed an exclusive preview of Cool Brother issue 3, alongside a chat with editor Woody Cecilia. 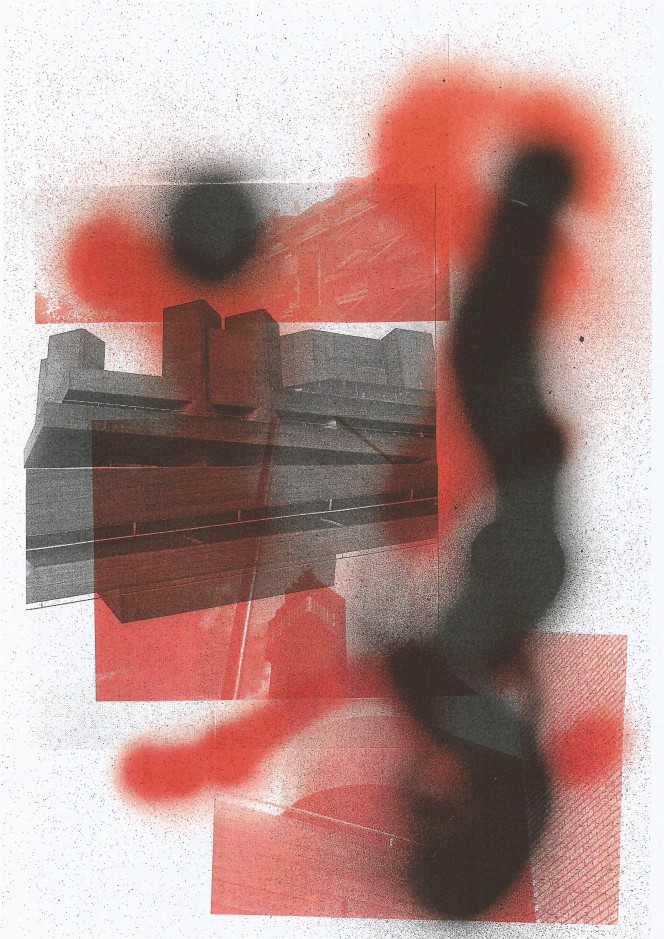 Harley Cassidy: Congratulations on the third issue, how do you think the magazine has developed and grown since issue 1?
Woody Cecilia: Thanks so much, we’re pretty happy with this one. I feel like we’ve matured a lot, actually. Issue One: Plantlife was the first thing that Emma and I worked on properly together, so we’re still growing and growing with every release. In terms of change, we’ve also increased the photography and style sections and we’ve doubled our print run for this issue. I’d say I’m 97 percent excited and three percent petrified [laughs].

HC: How did Cool Brother first come about?
WC: I started Cool Brother as my final uni project while studying at LCC – and during that time, I was lucky enough to intern at NME. Pretty sharpish, all of my interests and aspirations changed. My tutors were pretty sound about it and let me tailor my final year towards music journalism, and it was fortunate that our final assignment was a very lucid one: to make a thing. That was literally the brief; ‘Make a thing.’ Art school, hey? So, I made a music zine. That’s how it started. There was no photography, no illustration, no style section. Just back-to-basics love letters about the bands that I loved. But, yeah, I only began to take the zine seriously this year. It was my New Years resolution to quit writing for other publications and instead give this one my all. Now, I work on Cool Brother full time and it’s quarterly and free.

HC: Did you take reference from any other zines when creating it?
WC: We’re definitely inspired by people, places and other publications – but with regards to taking actual references from zines, I’d say we’re pretty strict on ensuring authenticity and making this thing one hundred percent our own, so no. There are so many beautiful publications out there at the minute – but what really stands out to me is spirit. I think Loose are a great example of that, I love their effortless approach and I like how they’re not in the slightest bit competitive. They’re here to give everyone a leg up and that’s something Emma and I think is super important too.

HC: The theme for this issue is Concrete Hours and you mention in the introduction how ‘every wall is evergreen with potential.’ Do you think that the most concrete of buildings can perhaps have the most soul inside?
WC: Yeah! There’s so much life around us – and gritty tower blocks are a whole lot more inspiring than those nice, leafy, comfortable streets. To me, Concrete Hours is about capturing that escapism at dusk between the hours of around six and ten. Whatever your age and whatever day of the week it is, I think that’s when people sink into themselves and get on with whatever they want to do. This theme is about curating many of those moments and making them beautiful. 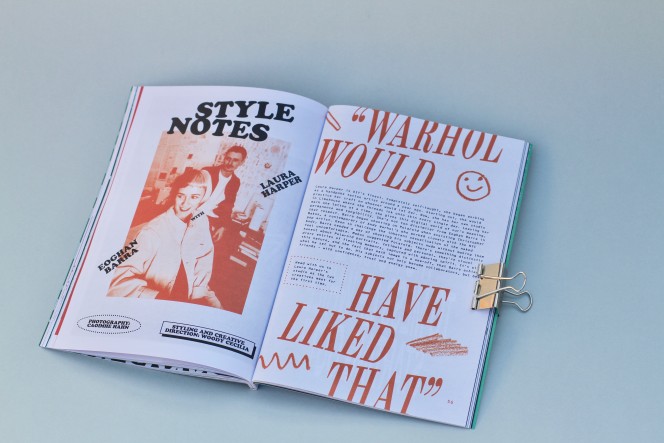 What are some of your favourite quotes from this issue?
WC: “When you’re in the photo studio with somebody, it’s quite an intimate process – and, if you’re lucky, your subject will let their defences go and give you something of themselves. Jimi Hendrix did that for me. I’ll always be very grateful of him for that. He’d look into the camera and let me in.” Gered Mankowitz on photographing Jimi Hendrix.

“It’s something to do with my hands sometimes. I keep my poetry pretty raw” – Puma Blue on poetry and songwriting.

“The thing about now is it doesn’t hang around very long. We had to make the album quickly before Now was Then. Which it is now” – Gorillaz on making The Now Now.

I really like that there’s a heavy focus on photographers, they’re such an imperative cog in the industry and most of their features in the zine are lengthier and more in-depth than the ones you have with musicians – was this a conscious decision?
WC: Exactly! Glad you think that, as that’s sort of where I got the idea for our Behind the Lens feature from. Behind the Lens is about finding out what the likes of David Bowie, John Lennon, The Rolling Stones and Jimi Hendrix were like behind the scenes, once the cameras had stopped rolling. Interviewing music icon photographers like Terry O’Neill, Baron Wolman – and Gered Mankowitz for this most recent issue – achieves exactly that, as they’ve worked with these people one-on-one many, many times. They honestly have the best stories ever.

HC: Where do you think today’s alternative voices are coming from?
WC: We’re questioning everything, our generation, aren’t we? Because of the internet, we’re questioning the livestock industry, global corporations’ ethics, politicians… We’re doubting everyone, so we’re doing our own research and making our own minds up. Once you turn that side of your brain on, it’s hard to turn it off sometimes. It’s good though! We’ve stopped settling for the mundane and we’ve all become a little more autonomous.

HC: How can you see Cool Brother progressing in the future? Do you intend to expand the brand?
WC: I wanna start putting on exhibitions and more shows – and we wanna create not just zines, but other stuff too. That’s something we’re working on at the moment, actually. Emma and I have quite a few projects in the pipeline. But, essentially, we wanna keep on growing while continuing to bring other artists up with us. Also, if you know of anyone going to NYC anytime soon, we wanna stock a bunch of zines there so let me know, yeah?