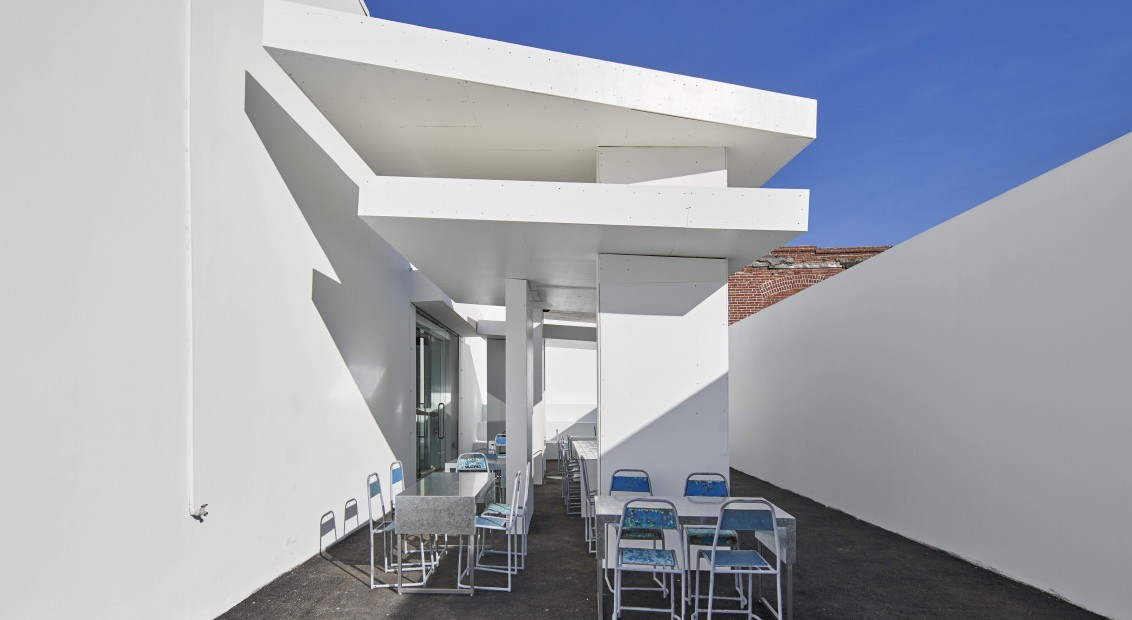 For its sixth worldwide location, Dover Street Market have conquered the western frontier of the golden state with a new LA store. Designed by Comme des Garçons’ Rei Kawakubo, the new space is themed around ‘Beautiful Chaos’, an ethos that reflects the convergence of disparate design energies that ricochet across DSM retail spaces worldwide. 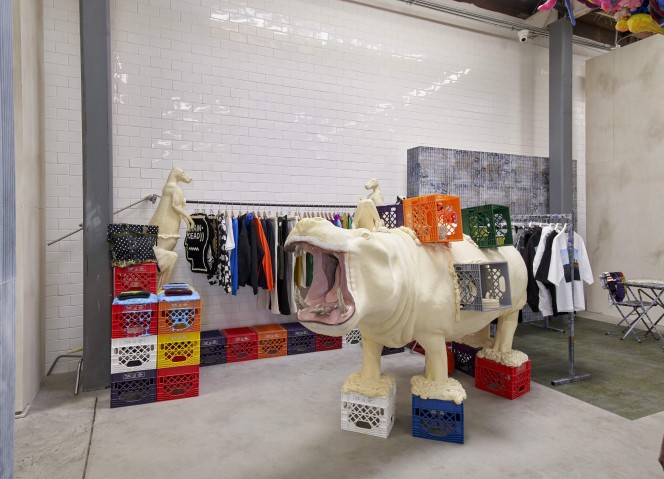 DSMLA is no exception. A single-level space consisting of two adjoined concrete buildings, Kawakubo is responsible for designing the whole interior of the store, naturally including all Comme brand space, but also many of the store’s overriding architectural features.

“I want to create a kind of market where various creators from various fields gather together and encounter each other in an ongoing atmosphere of beautiful chaos; the mixing up and coming together of different kindred souls who all share a strong personal vision.”

The new store will also double-up as an exhibition space, featuring the works of six artists that will sit alongside the ready-to-wear fashions. Artists included are Warren Muller, Lyn Dilin, Bjorn Dahlem, Yuichi Higashionna, Gary Card and Stuart Haygarth. Although artists and designers will regularly be invited to create in-store works, one of the most impressive features of DSMLA is the biannual New Beginning, taking place in January and July, during which the store closes down to make way for an entirely new re-design of the interior.

For those of you unable to make it to LA, fret not, you can take a virtual tour of the new space via this 360° guide below.