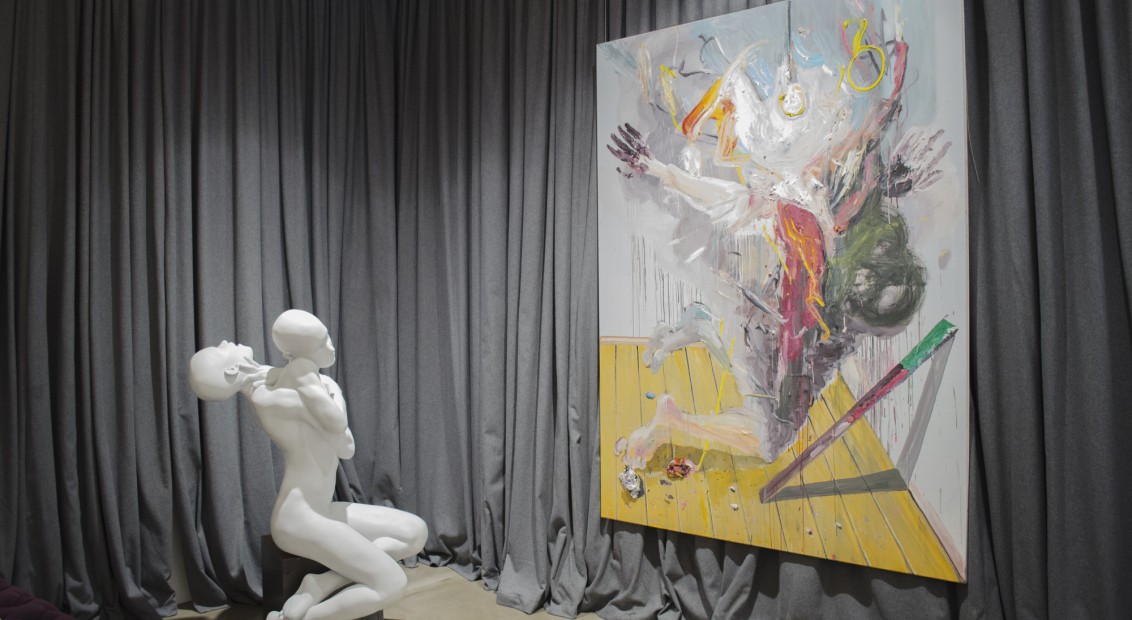 In opening his eponymous gallery on Davies Street in June of this year, art-dealer and curator Jean-David Malat has realised the physical manifestation of a long-held belief in unearthing young artists and developing the reputation of unfamiliar names.

Liberated from the restrictive parameters of the commercial world, his gallery operates principally in the primary market, offering an inclusive platform to artists in the heart of Mayfair, irrespective of fame or following. The gallery’s inaugural show for example, saw the debut of Norwegian artist Henrik Uldalen, whose visceral, impasto oil paintings caught the eye of Malat over Instagram.

He is currently showing the first UK exhibition of Turkish artist Zümrütoğlu, a relative unknown on these shores but under Malat’s guidance that is bound to be short-lived. The daily barrage of artist submissions received by the gallery are telling of Malat’s global reputation as someone who can pluck an artist from obscurity and bolster their commercial image, for him though, commercial value pales in significance to artists whose work he believes in. 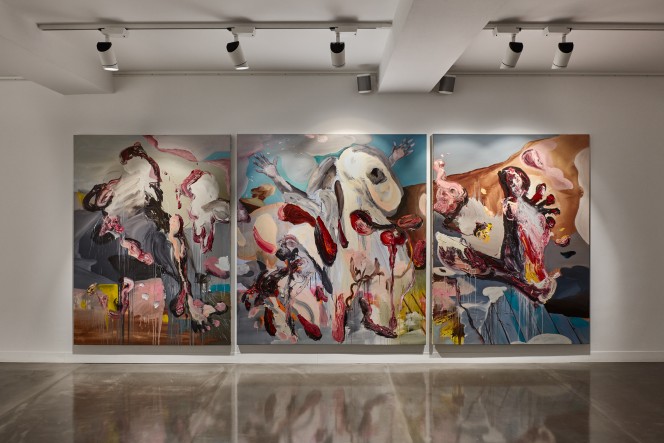 Finn Blythe: Tell me a little bit about your background, I know you trained at Sotheby’s, I wanted to know how you came into the business.
Jean-David Malat: I came to the business around 2004, 2005, I used to be in a different industry before but I had the opportunity to work in art around this time so I jumped at it. I did Sotheby’s evening courses for a year to learn about the basics and I really enjoyed it – you learn more with time and experience than proper school.

FB: What do you feel you’ve developed here that is different?
JD: First is the location, we wanted to be in a good location but not in a commercial location. As you can see, Bond Street is full of galleries but I wanted to run away from that, I wanted to be more specific and I think Davies Street was a dream because I’ve been working here for years and I always saw all these galleries, nice shops, restaurants, which I think is very classy, you have Claridges next door too, so there’s that. And secondly is we are very very picky on artists we are working with, so we work closely with the team on choosing the artists that we’re going to exhibit and represent, so we have a small community.

FB: What’s the process of selecting artists like? What are you looking for?
JD: We study a lot before. We look at everything we can; what they’ve achieved, where they can go and which collection they can fit into because it’s really important for us to focus on artists that can get in to important collections or museum shows which increases the value of the artist. So we look and answer every application, we don’t just say no, sometimes straight away we can see it’s not for us but we take our time. Of course as a gallerist you don’t want to have thirty artists because it’s a lot of work and you cannot give them everything they want.

FB: It’s such an interesting element to your job because a strong personal connection with an artist is crucial, not only in developing trust but also understanding their work. How does that process begin with you?
JD: It’s good to have a personal relationship because you can plan things together. It’s very important because now it’s easy to be in touch with artists, so for me the most important thing is to trust the artist I’m working with. You can sign contract after contract but still you need to work with each other to make sure you go in the same direction. 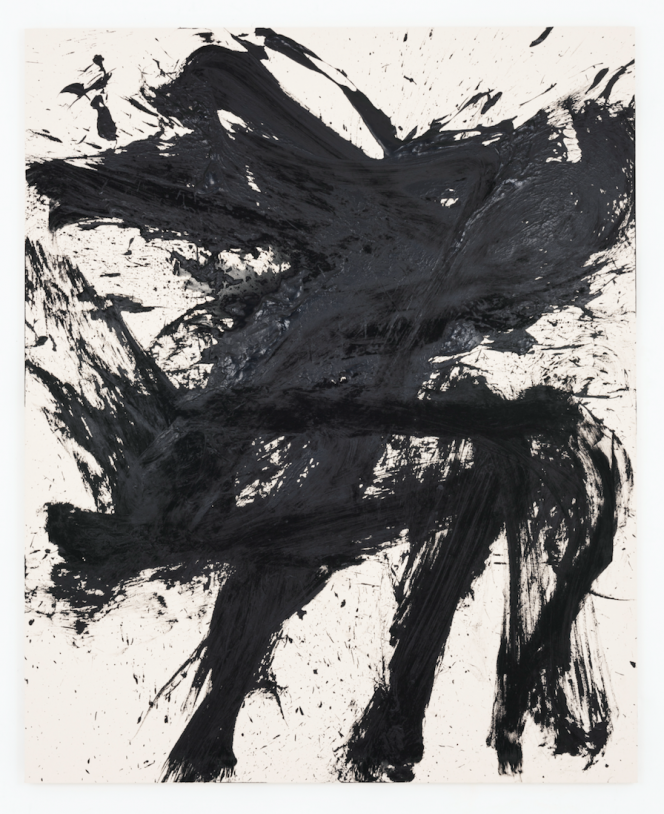 FB: So what about Zümrütoğlu – how did that relationship develop?
JD: When I first saw his work I had a very strong feeling – huge canvas, a lot of emotion, so I kept it in mind and it will be a year ago that I first saw his work. I was planning to open the gallery so I contacted him in October and told him, visited his studio in Istanbul and said we’re going to open in June with another artist, but in October for Frieze – which is the best time of the year – I said I’d do a solo exhibition with him. When he came in June I said, “Look this is the space, this is the gallery, it’s your gallery to do whatever you want, if you want to do pink, you do pink, if you want to do blue, you do blue, anything you want.”

FB: And do you feel as though your methods of working have changed significantly even over the past five years?
JD: Yes, it’s changed a lot because also your tastes are growing, it changes with the time, in ten years it’s changed like crazy, I have some art that I bought for myself that I don’t show anymore in my house because things change, and you’re getting more experienced and you know exactly what you want and I think that’s a good sign.

FB: Can you pin-point anything specifically about your taste that’s changed, perhaps not even yours but the sort of art that you think people are responding to?
JD: Yes, in a way for me it’s more difficult now than before because before I had a clientele of people who like more flashy, commercial, pop, sexy, you know like artists you see and you’re like wow. Now it’s more deep, I’m looking more at behind the mind, the story of an artist, when you listen to Zümrütoğlu or Henrik Uldalen, when he tells you about his story, you know he’s been adopted, and he’s suffered, then you feel the painting. So that’s more what I’m looking for now rather than something easy.

FB: What have you noticed in regard to people’s art buying habits, have you noticed a change there?
JD: Yes, it’s changed a lot because there are more and more galleries, more and more art fairs, so there are a lot of offers. Some collectors want something more recognisable and more established, some of them they just want the colour to match the sofa, so it’s different but I can say also a lot of people want something that gives some kind of emotion.

FB: What are some of the difficulties that arise from picking up an artist from obscurity? Artists who might have never seen their work in a gallery space before.
JD: Yeah with the smaller artists it’s sometimes not easy because they don’t have a lot of history behind them, but it’s our job to start it. The gallerist makes the transition between the studio, the artist and the collector and you need that space to come and to see the work. If the artist is straight away dealing with the collector, it makes things a bit strange, a bit commercial, you know? So to come back to your question, it’s our job to promote artists, we signed some Japanese artists who are not well known, they don’t have followers on Instagram but they are very talented. We could see it because we showed some of their work and the feedback of the people who came to visit, not especially collectors but everyone, you could feel it. If there is something to do it’s to make people feel what you felt first.

Mirror of Darkness: Zümrütoğlu is on at JD Malat Gallery until 13 November 2018