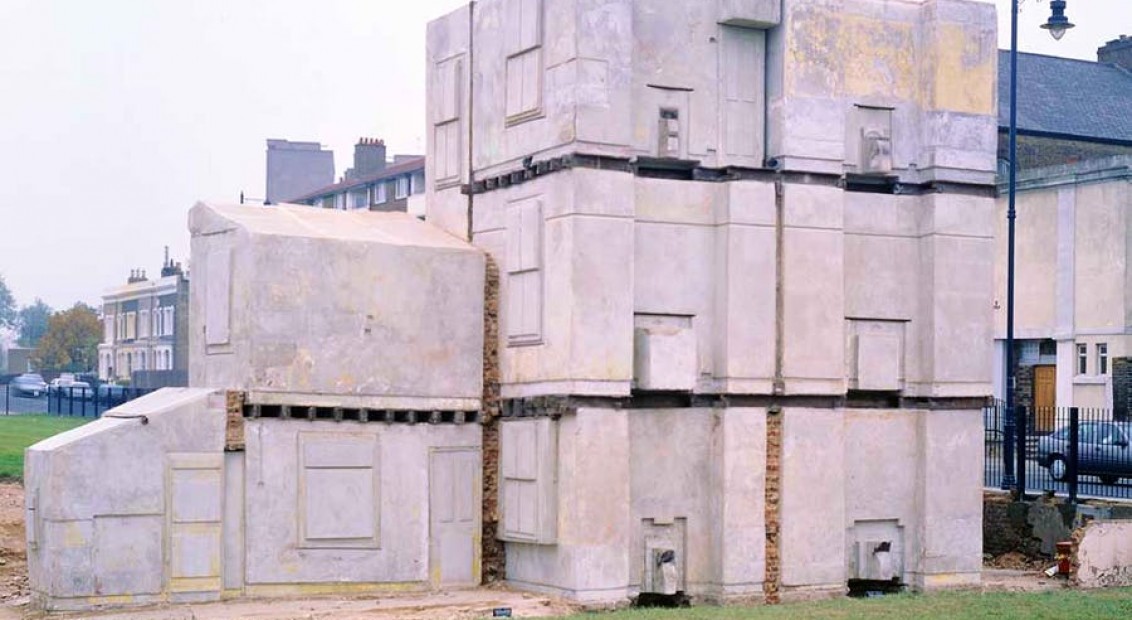 Endorsed: Samuel Ross on why Rachel Whiteread’s architectural sculptures are so powerful

Since launching A-Cold-Wall* back in 2015, Samuel Ross is responsible for laying down a new precedent in technical clothing that has radically expanded conventional notions of ‘streetwear’. The unorthodox path to his current position (Ross began in graphic design before being noticed by Virgil Abloh) is reflected in a contingent approach to design, utilising a multifaceted knowledge of construction techniques to subvert traditionally utilitarian fabrics and silhouettes. The resulting clothes are vehicles for conceptual discussions on class, identity and social constructs.

His enthusiasm for sculpture is self-evident – look no further than the references to esteemed British abstract sculptor Antony Caro for FW18 – so it’s no suprise that Ross would select Rachel Whiteread as part of our Endorsed series. Specifically, the British artist’s 1993 piece, House – for which she became the youngest artist and first woman to win the Turner Prize in 1993.

As a sculptor, Whiteread works almost exclusively with casting, using many different materials, to record not only the internal surface and mass of a space, but the emotion, memory and experiences that are locked within it. Taking a concrete cast of the interior of an entire three-storey Victorian terraced house – from plug sockets to door handles, window frames to cracks in the wall – House maps the space and signs of habitation left by its owners. Exploring ideas around the subversion of space, construct and design, Whiteread’s appeal to Ross is there for all to see.

Samuel Ross on why he selected Rachel Whiteread’s House:

“Rachel’s body of intellectual works and practises, both large scale and relatively small, have become incredibly influential to my understanding of how architectural, industrial sculpture can be defined in a physical context.

Her casting work distils the undefined grey area of material vs space – a context that is woven through the majority of my work; Rachel challenges how this grey area forms a communicative stance.”