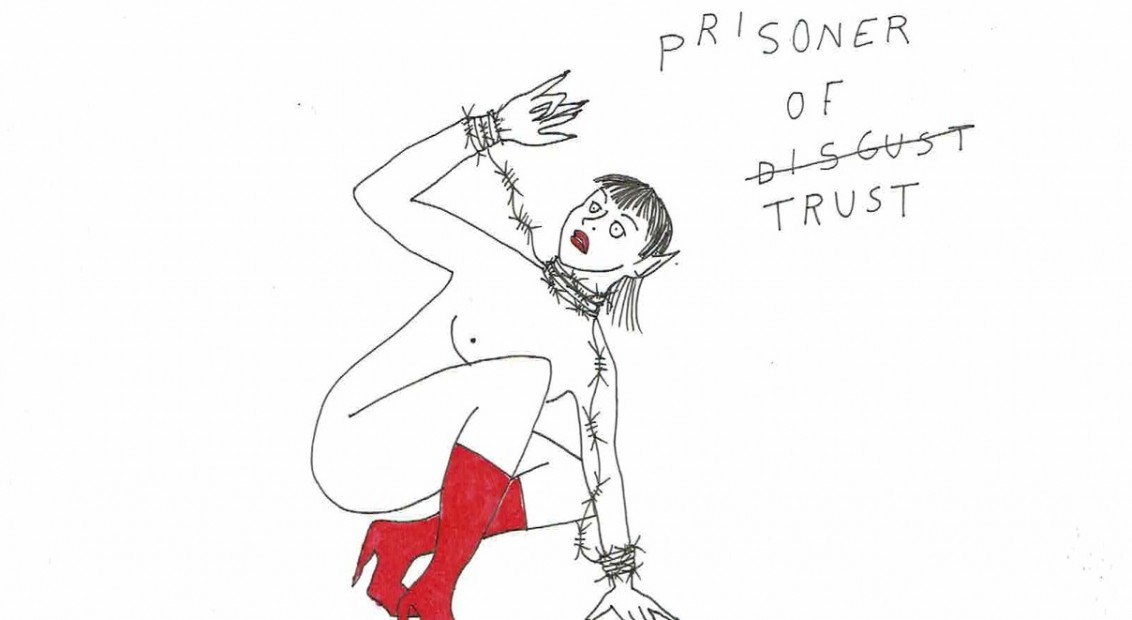 Throughout his career, Derek Ridgers has always been in the moment. Always at the forefront of cultural epochs – from punk through skinheads, new romantics and Ibiza hedonism – the photographer’s body of work gathers together as a definitive document of British cultural evolution.

Here, Ridgers heads up our Art Month endorsed series, where major names from the creative community select an artist or art work that has inspired their own output. His choice? Liz Harris, AKA RAT FACE, an artist and tattooist from London who left a lasting impression on Ridgers when they met on a shoot in 2016. 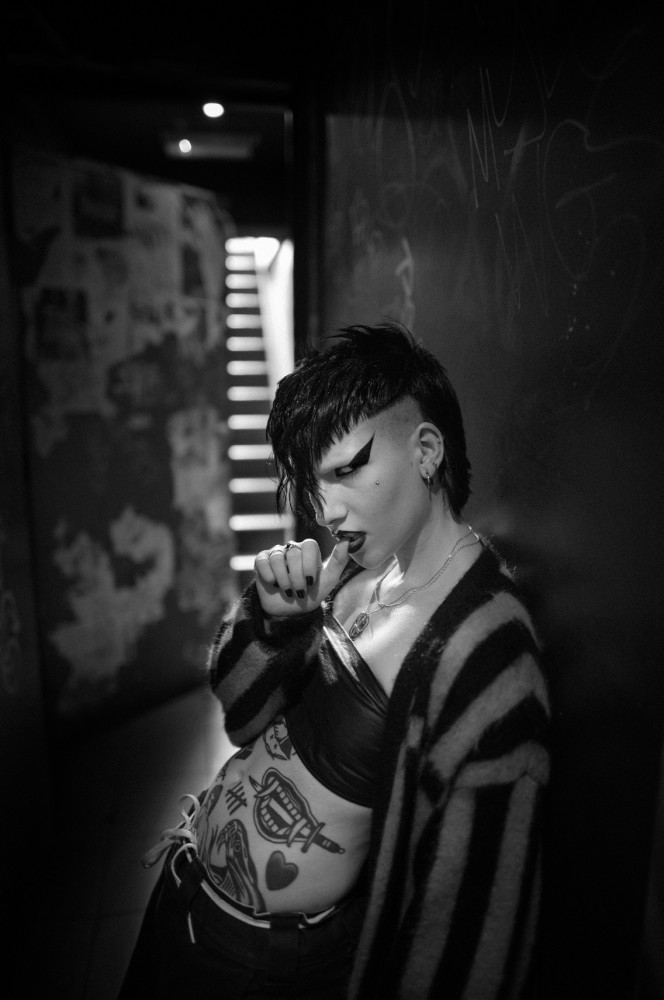 Derek Ridgers on why he selected Liz Harris:

“Late in 2016 I did a fashion shoot for at a nightclub in Dalston. We used about a dozen, very unusual, mostly street-cast models and one of them, possibly the most unusual of the lot, was Liz Harris. Certainly unusual for a model as she was only 4′ 11”.

Despite her height, I thought she was a very good model. She stared at my camera in a way that I’d never quite seen before. And she was covered in a lot of very curious and slightly disturbing tattoos. For instance, right in the middle of her chest was written the word ‘DEFEATED’. She had the word ‘BLEED’ tattooed on one knee and ‘BORN TO LOSE’ on one buttock.

I was certainly intrigued.

Since that day, and although I’m easily old enough to be her grandfather, we have become friends.  She recently graduated from Camberwell and now works as an artist, under the moniker RAT FACE (a nickname she got from her brother).

Recently she showed me some of her sketchbooks and I found them fascinating. They are a window into a very nihilistic, bleak world of rejection and despair. Just like George Stubbs painted horses and George Edwards painted birds, so Liz paints coffins, gravestones and rotting, green, headless corpses.

Honestly, what’s not to like? It’s a much overused word these days but her work is fundamentally very dark.

“Imagine a world view like that of Beatrice Potter, now imagine the exact opposite and you might be close.”

She told me, “As a child I was sick a lot of the time. I’ve always felt that darkness follows me wherever I go and covers me and those close to me in a thin layer of soot”.

It’s a very bleak scenario. But, for all that, captivating and – although maybe not exactly beautiful – strangely alluring. Forty years ago, the famous punk maximin was ‘NO FUTURE’. Liz Harris’ art inhabits that future. And she tells me that she is now embarked on partnership with her boyfriend Jamie under the name @dirty.rat.hates.you.

I have no idea whatsoever what any of it means or really why Liz’s art is the way it is.  But I don’t need to know, do I?  I’m a fan of her work and I think I can recognise a big talent when I see one.” 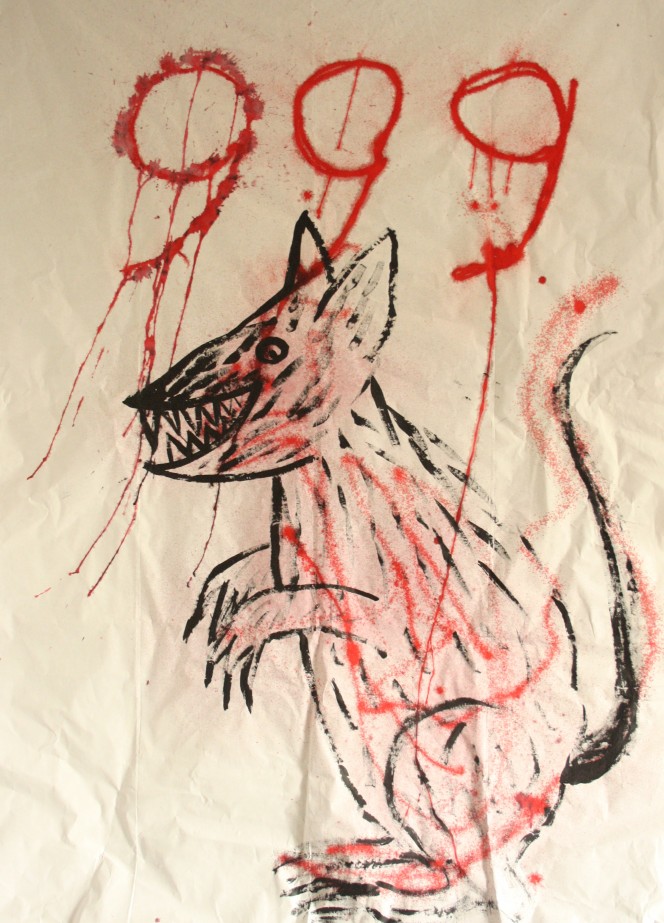