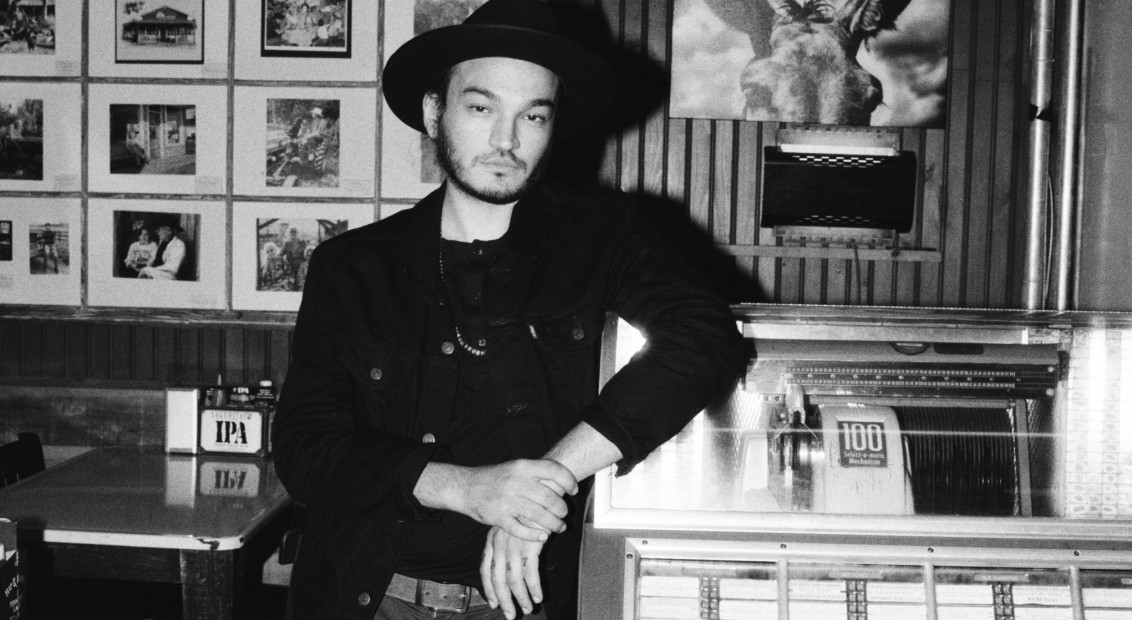 Myth of a Man

Myth of a Man

Seattle trio Night Beats are set to release their forth record, Myth Of A Man, on Friday 18th January 2019 via Heavenly Recordings. To mark the announcement, we exclusively premiere the first track from the album, Her Cold Cold Heart.

In this latest musical footprint, the band recorded at Nashville’s Easy Eye Sound Studio with The Black Keys’ Dan Auerbach and a line-up of eminent Nashville session musicians whose work sits at the pinnacle of the musical canon, having previously played for trailblazers such as Aretha Franklin and Elvis. Of being able to work with such names, Night Beats frontman said, “I was just humbled by being accepted… Big hearts all around.”

“Written during a particularly destructive period of the band,” reads the accompanying press release, “the album is populated by fallen angels, blood-sucking wanderers, and vindictive lovers—sketches of people the band has surely come across during their cosmic roving through the underground—but the character most present is Blackwell, himself.”

The record “Myth Of A Man can be summed up as a personal display of vulnerability and guilty conscience,” Backwell explains, “Destroying the mythos of what it means to live and function in society.”

Marking the highly anticipated release, the Night Beats frontman has pulled together an exclusive playlist for HERO, guiding us through the key sonic reference points that fed into this new record.

We Almost Lost Detroit by Gil-Scott Heron
“I was first introduced to Mr. Heron through his popular hit, The Revolution Will Not Be Televised. He made the type of groove I was always attracted to. His music always has a message even if it’s just about having a good time. This song though is based off an old book detailing a nuclear meltdown that led to the decommission of this nuclear reactor. His take on it is more about the greed of men and how the people of Detroit were almost annihilated, as opposed to the building.”

It’s All Over Now Baby Blue by Link Wray
“This is obviously a cover of Bob Dylan, and there’s been a lot of great versions. This would probably tie with the 13th Floor Elevators (Roky Erickson) version, But I think people might know that version more than this. It’s not your classic Rumble, but I think it’s real hard hitting, plus this was right before the 80s, 1979 to be specifically.”

Can You Get To That by Funkadelic
“This is one of my all time go-to’s when I’m with friends having a good time together. Everything about it is fun and groovy – plus the lryics are just the best. Can you get to that?”

Trouble Man by Marvin Gaye
“One of my favourite late night drive songs. The way the horns and strings intertwine will always give me chills. It’s been used in a few movies for its obvious cinematic quality, but I haven’t seen it used perfectly yet. Maybe I’ll write it.”

The Dark End of the Street by James Carr
“You might be noticing a trend in my taste. Older R’n’B is really where I end up when I DJ,I like to play the sad songs. I don’t get asked to DJ that much anymore. I wonder why.”

Ana by Los Saicos
“Los Saicos are one of those bands you remember the first time you hear them. Mid 60s Peruvian wild man rock ‘n’ roll. Some consider them to be the front runners of punk rock, I see it. Ana is a ballad and lacks the quintessential screams and yelps from the frontman, so it makes sense that this song had a different singer. Goes right there with the sonics and wailers… the type of band you wish would play a 50s prom – with spiked punch.”

Girl on Death Row by Lee Hazlewood With Duane Eddy And His Orchestra
“This is one of my favourite Lee Hazelwood, AND, unbeknownst to a lot of people (or at least me till recently), one of my all time favourite guitar players is on this, Duane Eddy. I love this storytelling style of music and writing that’s hard to find these days. I feel like this kind of writing has a big influence on some of the songs I’ve written with a direct narrative.”

U.F.O. by Jim Sullivan
“Jim Sullivan is something of an urban legend. His music is amazing. It’s mesmerising. Rhythmic, wispy, groovy and eerie all at the same time. Story goes that he was on tour with just his guitar (which apparently he took with him everywhere) and his pickup truck. His truck and guitar were found along the highway in the desert, but he was never seen again. The crazy part is that a lot of his lyrics are about being abducted by aliens, and he called the record UFO…

The Ghetto by Donny Hathaway
“Donny Hathaway is, in my opinion, one of the greatest singer songwriters of all time. Donny struggled with several mental issues including schizophrenia. He fell to an untimely death out of a hotel room. As tragic as the story goes, it amazes me how much beauty he possessed. My favourites are Song for You and Giving Up, but this is more upbeat and fun.

Ou Va Le Monde by La Femme
“This is the newest track I have on this list. These guys are great, really cool live and good people. Great use of synth and almost krautrock style repetition in some of their work. This song is more melodic and bold. We’ve played together many times and it is always fun. It was hard to pick just one, but this one sounds the coolest. I wish I knew french.”

Last year I headed down to Nashville, to soak in that historic sound and to work with Dan Auerbach someone I have respected for a very long time. The result of my time there is the band's next album, 'Myth Of A Man,' due out January 18 via @heavenlyrecordings / @pias_global – I'm truly humbled and grateful to have worked with Dan at @easyeyesound and such a legendary group of musicians, and I can't wait to share the music with you. Hit the link in our bio to listen to the album's first single, "Her Cold Cold Heart," via @heromag and to pre-order the album now. See you all soon, Danny