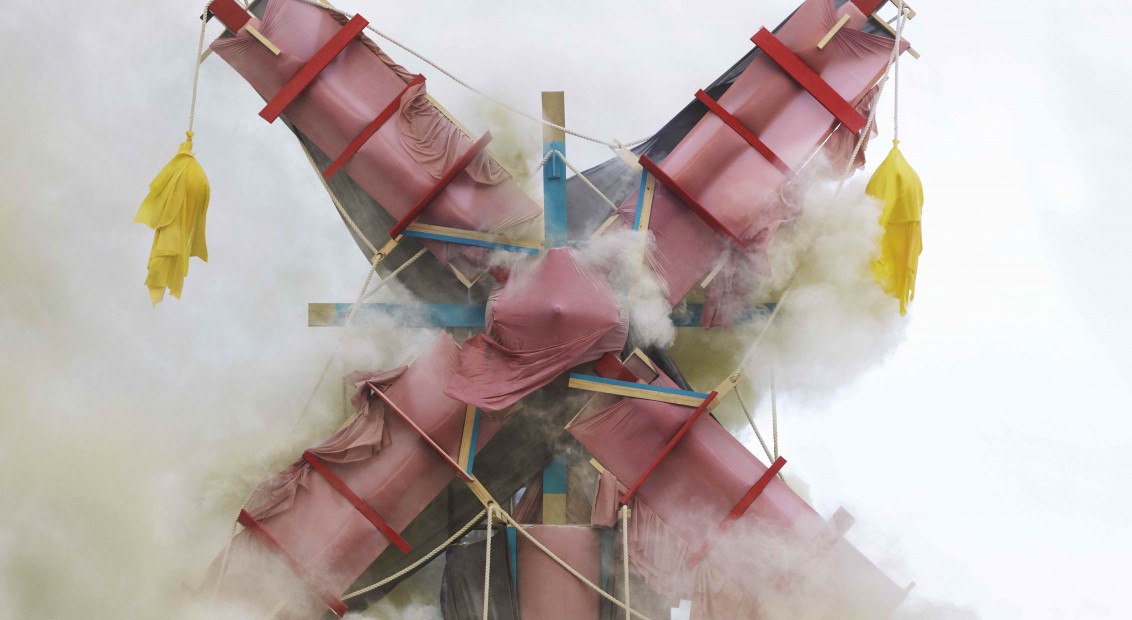 Blowin' in the wind

Blowin' in the wind

The advent of Craig Green‘s latest campaign is always a moment to look forward to and his latest campaign – shot by Dan Tobin Smith and featuring a typically crafted set of bespoke models that explore many of the same themes from FW18 – is no exception.

On the precipice of a cliff, three four-story models hashed together out of wood and latex stand like lonely windmills. Their function, if any, is unclear, but the choice of materials suggest these are transient structures, their propellers are not for turning grindstones but acting as glorified coat hangers, suspending the latest Craig Green wares to dance in the wind. 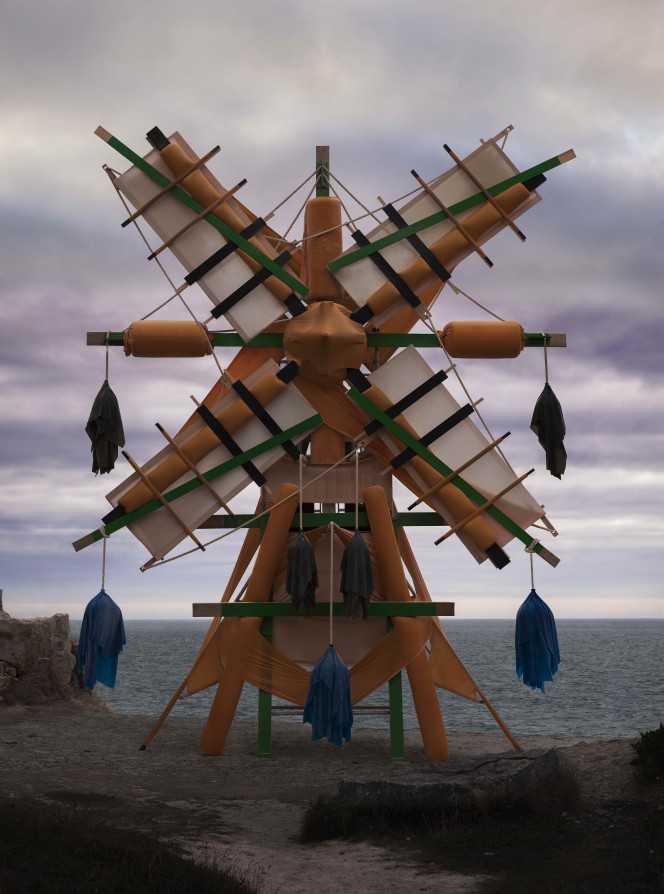 Though we cannot see any motion, the propellers are suggestive of circular rotation, a common design motif that has appeared throughout Craig’s career. Shot in time-lapse, the structures are suddenly engulfed in a cloud of sand, subsumed to the point it looks like they might be disappear with a strong breeze. This is nothing new for Craig and his team of creatives, who frequently explore the idea of transition and metamorphosis in their campaigns, having previously ignited their set designs for the SS18 campaign.