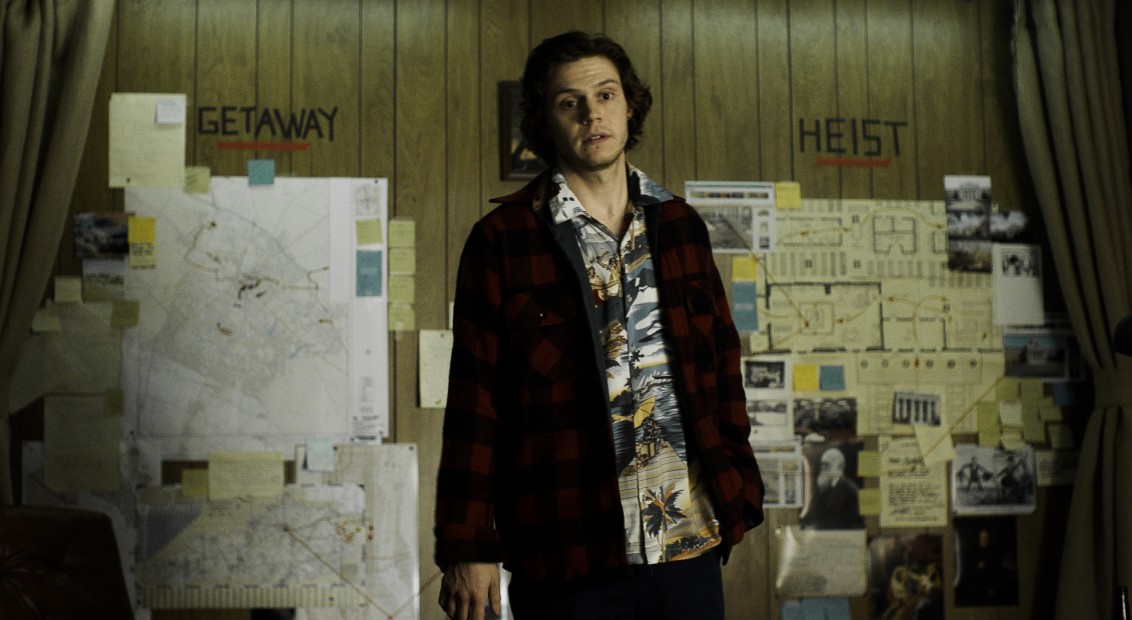 Nobody wants to be ordinary

Toxic masculinity, Instagram and DIY heists: Bart Layton on why American Animals is a story of our time

Nobody wants to be ordinary

“You learn a bit about other people and you learn about yourself”, says Bart Layton, expanding on what he sees as a common thread between his cinematic works. Since his acclaimed 2012 debut feature, The Imposter, a harrowing tale of identity theft and familial anguish in America’s Deep South, Layton has perfected a unique approach to story telling that seamlessly splices fact with fiction, placing real life protagonists alongside their dramatised counterparts.

His latest film American Animals, which premiered at this year’s Sundance, sees Layton’s quasi-docudrama technique brought to new heights, imbuing the timeless thrill of the heist genre with a profound cross-examination of its actual perpetrators.

In the city of Lexington, Kentucky, art major Spencer Reinhard (Barry Keoghan) is desperately seeking the sort of life-altering experience that will alleviate his daily monotony and help him break new ground as an artist. Together with his hot-headed friend Warren Lipka (Evan Peters), the pair recruit two fellow students and play out their escapist fantasies by plotting to steal one of the world’s most valuable books from it’s modestly guarded display at the university’s library: Audebon’s 19th century masterpiece, The Birds of America.

Just as with his debut film, American Animals bestows the viewer with a kind of agency, forcing you to maintain an active role by constantly calling upon your moral judgement and critical perception. At the heart of this story is the inexplicable actions of four middle-class college students who, in spite of their promising futures and spotless records suffer an Icarian fall to earth. Yet beneath the sweat-inducing climax and the film’s precarious handling of truth comes a larger question of isolation and social angst that Layton considers endemic of the ‘experience seeking’ Instagram generation.

“For me it was a great entry point to talk about something I perceived as a shift in our culture. We are increasingly living in a world where our identities and our self-esteem are very much bound up in the way others see us. We have these devices, ” he gestures toward the phone lying on the table between us, “and celebrity feels more like it’s in our reach. Being average has become almost synonymous with being a loser…these devices give us a metric for how interesting we are, how cool we are. So for me, what mostly motivated the crime, even though this was at a kind of pre-social media age, was a world where there’s pressure to be a somebody, to leave a mark.” 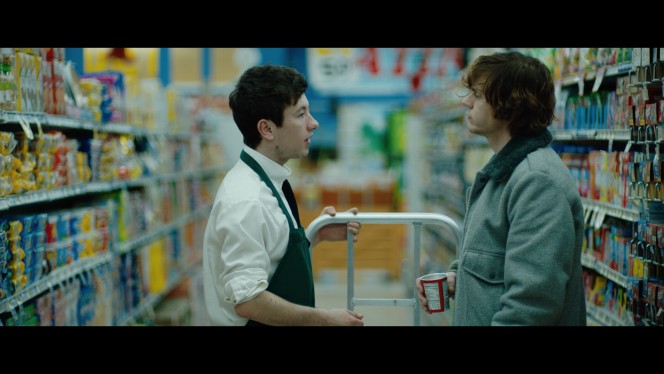 In their misguided attempts to experience something real, the actions of these suburban boys chime with Darwin’s quote that opens the film about successive generations of American animals migrating, “deeper and deeper into the recesses of the Kentucky caves”. For Layton, those caves hold contemporary parallels with the atomising subdivisions of modernity that have seen us regress in our evolution to a point of sedation, fit only to “unpackage shit”, in the words of Warren. “The boys are trying to manufacture their journey into the wilderness, same with Audubon who went into the wild to paint birds. That was Spencer’s journey into the wilderness, he just chose to do it in a fucked up way.”

“What mostly motivated the crime, even though this was at a kind of pre-social media age, was a world where there’s pressure to be a somebody, to leave a mark.”

As you attempt to discern a possible motive, searching for evidence of mental imbalance or childhood trauma, Layton continually feeds the suggestion of a corrosive masculinity that affects all four boys, via homoerotic frat parties and overbearing fathers. “I think the environment that they’re growing up in, the definition of masculinity is quite a stifling one, particularly Warren, who’s dad was a sort of local hero football guy. He’s spent his whole life trying to be his dad and then realises that actually, his dad’s just a fuck up as well”.

The emasculated father that stokes Warren’s own reckless ambition was, Layton tells me, reminiscent of James Dean in Rebel Without A Cause, who is moved to trembling sobs of rage upon finding his father on all fours in a pinafore. “These are all things that I think run through teenage rebellion and I wanted it to be that, I wanted it to be a kind of coming of age.” 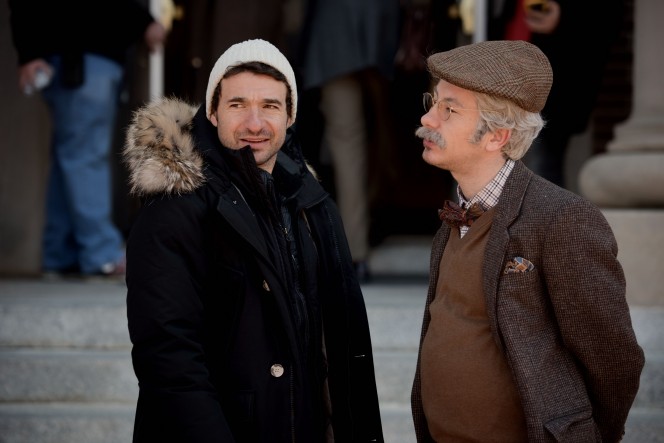 Despite having never gone to film school and with limited experience directing actors, Layton’s style demands he act as intermediary between real life subjects and a cast. His skill lies in translating countless hours of research and interviews (Layton’s initial contact with the men happened while they were incarcerated) into a cohesive narrative that accounts for potential discrepancies, while still allowing enough room for the audience to reach their own conclusions.

For Layton, the key lies in the script. “I think good screenwriting is about distilling the essence of a character and what’s driving them” he says. “The script should contain as many clues as possible. For the audience, it’s about planting seeds of doubt that grow into something more present in your mind. “The other thing is you have to trust them [the actors], and you’re always looking for whether it feels truthful”.

Despite working closely with the real-life perpetrators on developing the script, Layton ensured they never met the cast. “I didn’t feel like it was going to be useful for the actors. The guys were more than ten years older than when the crime happened, and most of that had been in prison, they were different people and I felt like the actors needed freedom to find their own versions.”

Given the script is largely shaped by memory and recollection, Layton makes a point of reminding the viewer just how tenuous those things can be. In one scene, two conflicting accounts of a man’s appearance result in the same footage played twice, each time the man’s outfit or hairstyle changes to reflect the discrepancies between the two accounts.

“All of those ideas come out of the way you try to make them feel organic to the story telling process. So when Spencer is wrangling and wrestling with his memories, like, ‘Did he have a ponytail? Was it a purple scarf?’, then I’m thinking well, ‘Can we remind the audience that we’re watching something based on memory and memory is this really unreliable thing?'”. “In my mind I’m thinking I can either choose to just go with his version or Warren’s version, or let’s go with both versions. It’s one of those seeds that we were talking about for the audience, they know they can’t rely on this completely.” 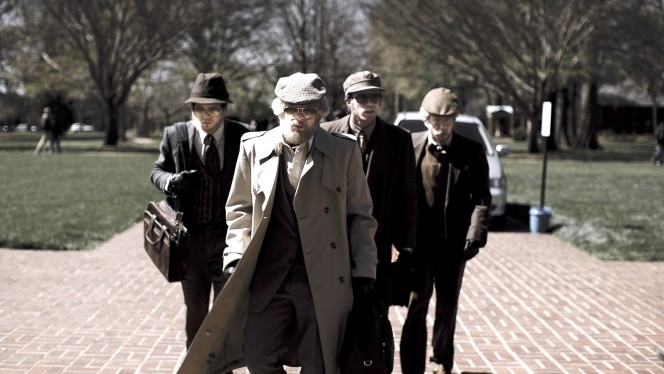 There’s a naivety to this story that borders on pitiful, no more so than during two heist scenes, so incompetently executed and with such a visceral sense of headless panic they are scarcely watchable. It’s easy therefore, to overlook the actual crime, to dismiss the glaring immorality as some romantic pursuit of self-discovery, the unavoidable by-product of a broken system.

Just as in his debut film, the moral ambiguity surrounding both character and plot is a game Layton invites us all to take part in. The result is an introspective experience, one that forces viewers to not only question an intuitive sense morality but the conditions that have shaped it.

So what of Layton? Does he choose to remain impartial or is his own uncertain journey of suspicion and doubt a crucial element in fleshing out the narrative? “I want to go on that journey but I also want to be clear about the intention, and where I stand in relation to the story. I’m encouraging the audience to sympathise with people against their better judgement and you learn from that, you see something of yourself, and I think those are the experiences in cinema which are the most rewarding and powerful.”

American Animals is out now.