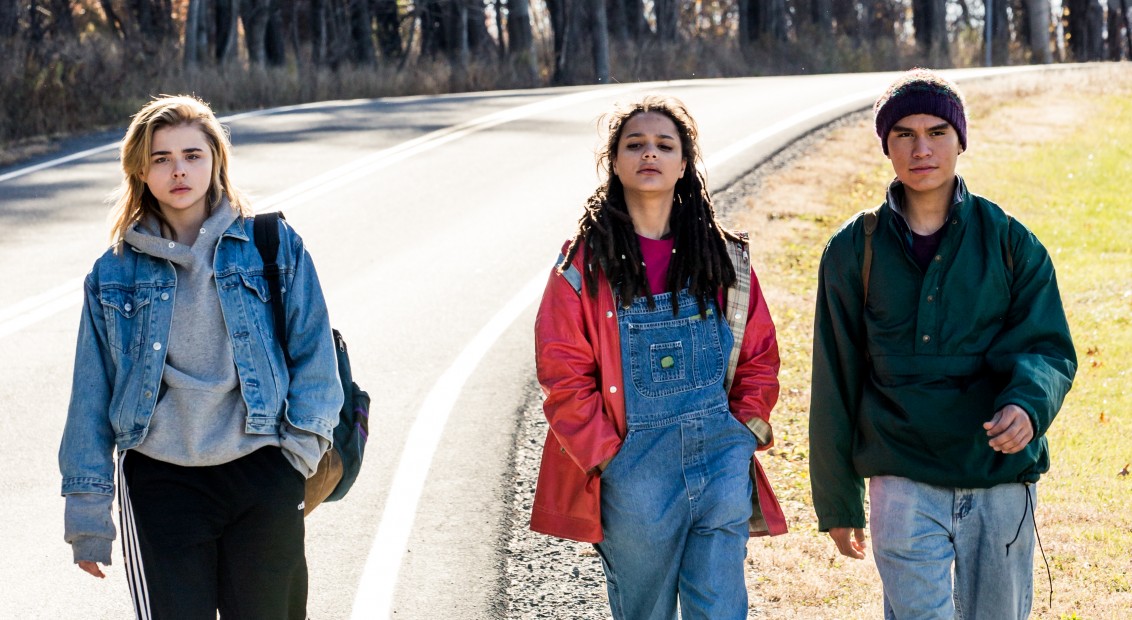 Oh my god
First up this week we have Desiree Akhavan’s new film The Miseducation of Cameron Post. Addressing America’s antiquated and dangerous practice of conversion therapy, here Akhavan takes us to God’s Promise, a Christian conversion camp where the film’s title character (played by Chloë Grace Moretz) is sent having been caught making out with her best friend, Coley, in the back of a car.

Despite the best efforts of God’s Promise to crush Cameron’s identity into an ‘accepted’ square with their psychobabble, she stays afloat by finding comfort and friendship in a pair of fellow misfits: Jane (Sasha Lane), who conceals weed in her prosthetic leg; and Adam (Forrest Goodluck), “the Native American David Bowie”.

Darkly emotive and gripping as expected but, also heartwarming and genuinely funny. The moral of the story: stay true to yourself and don’t let the system grind you down. We can get behind that.

Read our interview with star Forrest Goodluck here, where he talks us through the nuances of the film.

Under Cover of Darkness
The Strokes’ slick (both in music and personality) guitar maestro Albert Hammond Jr is back with a new record – the brilliant Francis Trouble – and a UK tour that brings him to London this weekend.

As a key cog in the Strokes machine, Hammond Jr soundtracked our awkward adolescent 90s, and as a solo artist he continued the good work sans Casablancas & co, but with no less verve.

A guaranteed great night, Hammond Jr never fails to bring it. And if he pulls out any tracks from Is This It, please excuse us as we go wild.

Tick, Tock
Christian Marclay’s extraordinary 2010 film, ‘The Clock’, really has to be seen to be believed. Thankfully, Tate Modern are re-staging the masterpiece, originally shown at White Cube, as of this Friday. The premise is simple enough even if the means by which Marclay executed his vision are anything but – this is a real time clock whose hands have been replaced by film excerpts, meticulously researched, that correspond to each passing minute of the day. Whether it’s someone checking their watch in a restaurant, a bedside table alarm or a the chimes of midnight, the film moves through Pulp Fiction to High Noon and V for Vendetta, offering momentary glimpses at films you become to desperate to watch. Entry is free and attendance mandatory – this is an otherworldly creation the likes of which you will never see again.

The Clock is at Tate Modern, London, 14 September to 20 January.

Vegan Wellington
Since opening in late 2015, bar-cum-restaurant Coin Laundry has bedded in nicely at the top of Exmouth Market – just don’t let the words “retro” and “diner” put you off. Look past the novelty prawn-cocktail and miniature chicken kiev, and head straight for the Vegan Wellington. And before you scoff too hard at the idea, this beetroot and woodland mushroom take on the old classic is enough to turn anyone off it’s bloody, meaty counterpart. And it’s better for the environment, innit. The pièce de résistance however comes in the form of a porcini gravy that will have you seeing double – we suggest ordering a pint on the side for some roast tatty dunkage.