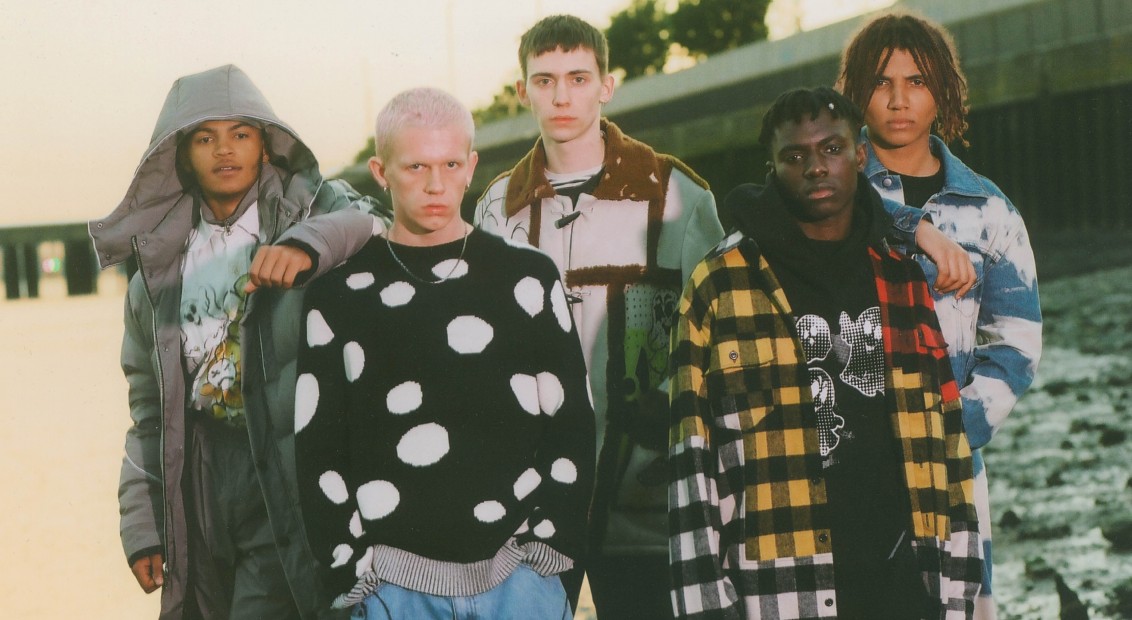 “Fashion tries to impose rules, offers eternal youth, then dictates that you should suit-up, boot-up and grow-up. What a drag.” The press release for Liam Hodges‘ FW18 show read like a call to arms for those wanting to bask in youthful pleasures – more specifically, Hodges’ adolescent adventures. Cue a mix-and-match reference board tying together 80s new wave, Ian Dury wit, David Bryne absurdity, gabba rave and the saccharine-coloured, gunge-filled kids TV shows of the 90s.

Following on from this psych-y warped 90s vision comes a campaign to match, continuing the hyper-realistic themes via imagery shot by London-based photographer Ryan O’Toole Collett. 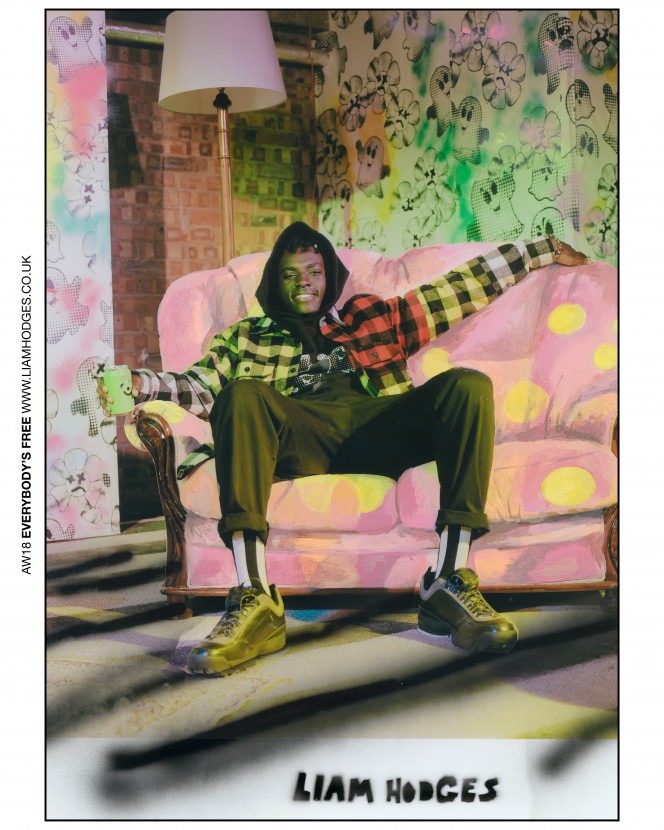 The campaign is set against a backdrop of a new Dover Street Market basement installation, where framed images of the campaign line the installation walls for a slice of #meta realness. The space itself resembles a mood-board rehashed as a two-walled screen, built by set designer Dale Slater, with Mr Blobby melted down and re-moulded in sofa form. A terrifying thought.

Both the space and the new campaign further the idea set out in the show notes of Hodges’ FW18 collection, that youth is not something to be stuffed under the bed along with your old scalextric, “because fun is something to live for, not to grow out of”. This is a reaction against the societal obligation to ‘suit-up, boot-up and grow-up’, to cling on to childhood innocence (and a bespoke portrait of Noel Edmunds) in the face of life’s slings and arrows. And who could ever be unhappy in a Mr. Blobby print denim two-piece? 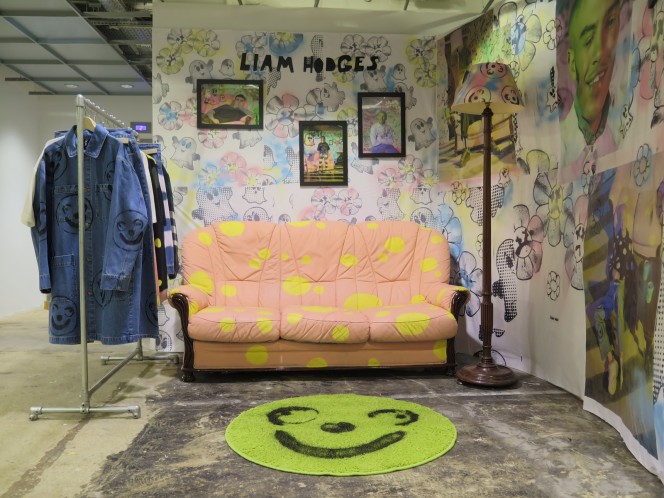