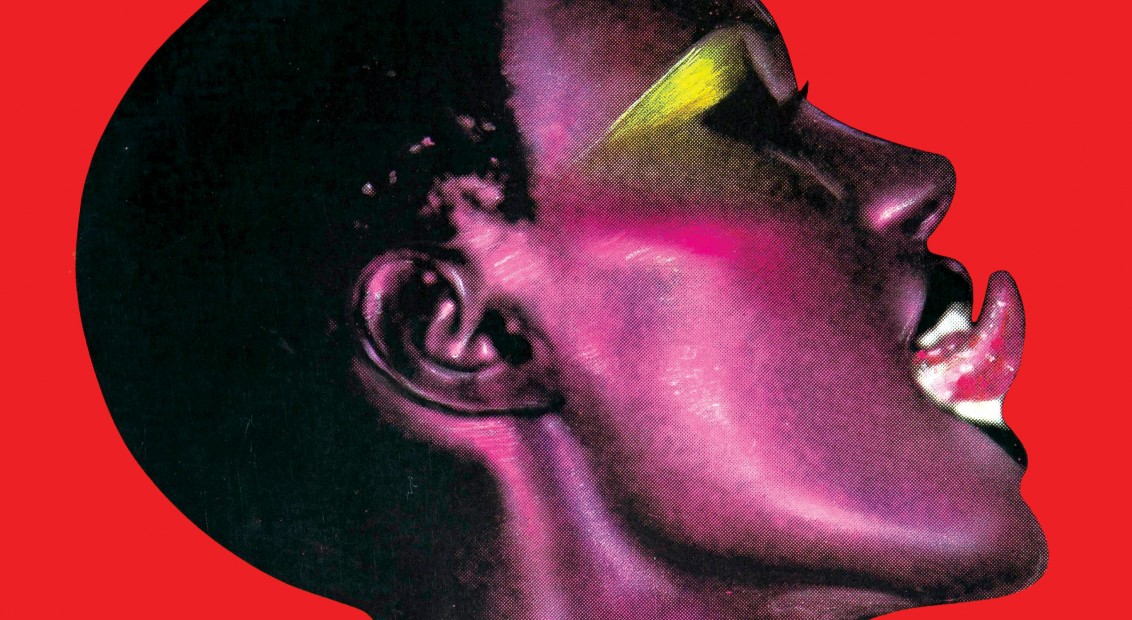 “This book chronicles Richard Bernstein’s work from the mid 1960s until his death in 2002”, author Mauricio Padilha explains below. “It features nearly twenty years of covers for Interview magazine and showcases his work before and after, including posters for Warhol movies.”

Beyond his art, Bernstein led an extraordinary life (albeit tragic) and was in the centre of so many cultural movements and moments that still resonate today. He was a fixture at legendary night clubs Studio 54 and Max’s Kansas City, the mod scene in London and 80s Hollywood, a lightning rod for emerging scenes, Bernstein always followed the zeitgeist (and the party). 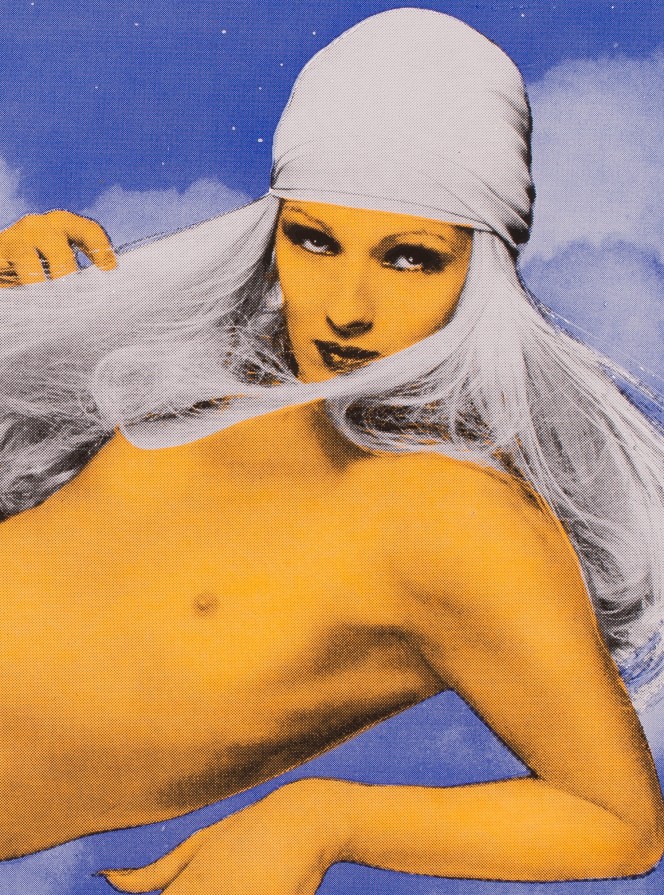 Holly Louise Eells: Tell us more about you guys.
Roger Padilha: Mauricio and I are brothers born in New York to Brazilian parents. We are both gay, so growing up in a boring, small suburban town in Long Island was not great and we never fitted in. From a young age we were obsessed with looking through magazines like Details and Interview and as soon as we could, we started sneaking into famous night clubs. It was surreal to see amazing people like Keith Haring and Dianne Brill in person because when we were growing up, they were the people we read about. These magazines were so influential to our lives, so creating a book on Richard Bernstein was a no brainer for us.

HLE: And how did the book come about?
Mauricio Padilha: Richard has always been a favourite for Roger and I. He was first brought to our attention through his front covers for legendary Interview magazine. However, coincidentally his family reached out to us last year to pitch a book on him. They gave us full access to the archives and we discovered so much more of his incredible work, including visionary pieces for Fiorucci, Andy Warhol Films and John Waters. Anyone who thinks they know Richard’s work will be surprised at the real breadth of it.
RP: He had such a brilliant career and I am sure you will recognise his work in the book. What drew us to Richard was his unbelievable skills as a fine artist and he showcased his work in galleries all over Europe. Unfortunately, once Richard became a commercial artist he could longer make that switch back as a fine artist because this was a time when you couldn’t combine the two. We always thought he was a Warhol protégé, but we soon discovered he was creating and showcasing his work during the same time Warhol started showing his.
MP: This happened with a lot of actors and artists around Warhol because they would reach a level of fame that they maybe wouldn’t have achieved on their own. It really was a double-edged sword and Richard fell into this trap; he really deserved to have his own voice.

“Anyone who thinks they know Richard’s work will be surprised at the real breadth of it.” 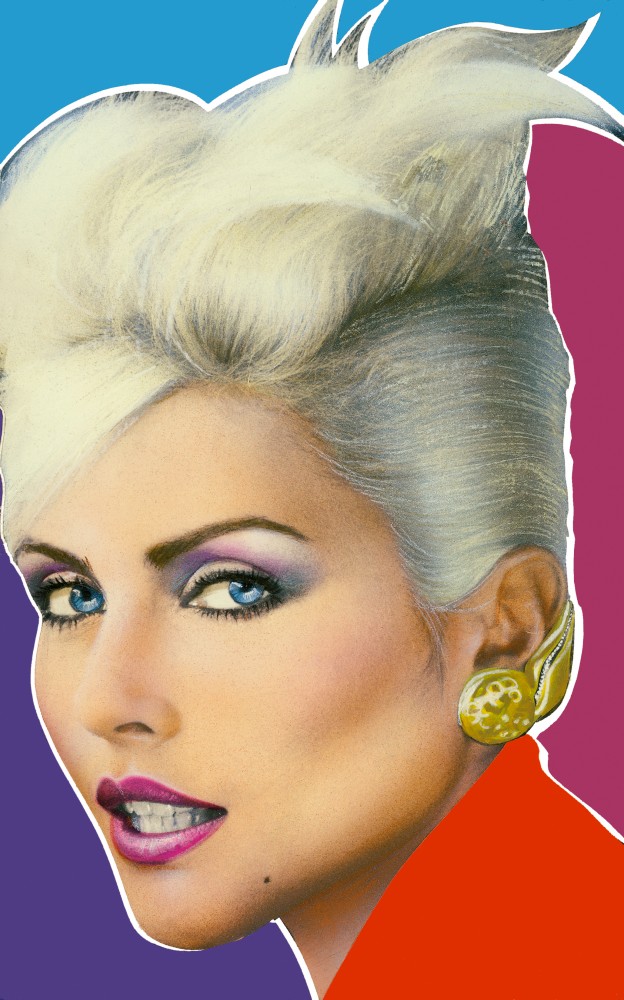 “The piece got him into the press because The Beatles tried to sue him, but he won the case and was later given permission to reprint them.”

HLE: What can readers expect from this book. Does it focus on just his art or does it divulge into Richard’s extraordinary life, including his residency at the Chelsea Hotel, Warhol’s Factory and the NYC nightclub scene?
RP: We go into every aspect of his life, including Studio 54, Max’s Kanas City and his drug abuse, which was a big part of his life. Richard had an enormous capacity for going to dinner uptown with some rich society couple then heading down to Studio 54 and visiting these crazy leather sex clubs down the Meat Packing District. He seemed to be friends with everyone and could blend in with all these different fashion scenes – which was a rarity back then.
MP: We also heard he was a connector for so many people too. Richard was best friends with Grace Jones and he introduced her to Jean-Paul Goude, and they went on to have a child together.

HLE: Did it take much convincing for Grace to be involved in the book?
MP: Yes, and it was somewhat impossible. She doesn’t have an agent or have anyone who represents her, so we actually found her through a friend of ours who connected us. She was in Jamaica at the time and she agreed to do the interview with us, but we would have to go over there. Roger got on the plane straight away and she even taught him how to swim!
RP: Yes, she did and it was so much fun. I wanted to do the interview, but she suggested to go swimming. I stressed to her I couldn’t swim, but she said she would teach me. It was a very surreal moment of me being in a lagoon with Grace and her teaching me how to swim. I was there for the weekend and the interview happened about three hours before I had to leave and the whole time between that was personality tests. However, she did a great interview and really opened up about her relationship with Richard. She is an amazing woman.

HLE: What do you think was Richard’s favourite piece of art?
MP: The Beatles piece attracted him a lot of attention because he super imposed The Beatles heads onto four naked bodies and he painted them in acidy colours. The piece got him into the press because The Beatles tried to sue him, but he won the case and was later given permission to reprint them. This received huge international attention and was a great achievement for Richard because he was such a big fan of The Beatles and was excited they just saw his work.  From here, this was the first stage he started to do commercial work and not abstract pop up art.

“It was a very surreal moment of me being in a lagoon with Grace [Jones] and her teaching me how to swim.” 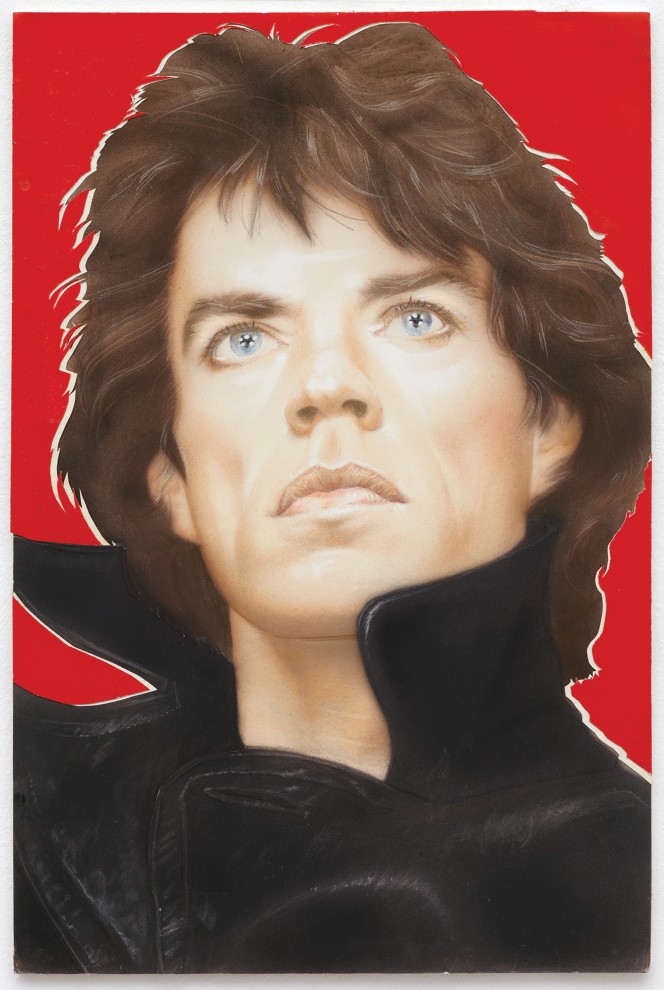 HLE: What should Richard be recognised for?
MP: For creating celebrity portraits and turning them into a mega celebrity. He had the skill to make them look more famous than they were at the time: gigantic heads, huge smiles and big halos around their whole face!
RP: I think his work is one of the first examples of celebrity culture, which started in the late 20th century. Richard’s work is going to be there at the forefront because he is the prime example for capturing the world of the ‘celebration of celebrity’.

HLE: I also heard London was a big influence on Richard’s work?
RP: Yes, leaving New York city, going around Europe and then moving to London was a big stepping stone for Richard. There was an amazing British magazine called Queen and his best friend and famous fashion photographer Bill King photographed a lot of images for the publication and got Richard involved with art direction. I think stylistically London was big for him, he was part of the Twiggy and Justin de Villeneuve scene.