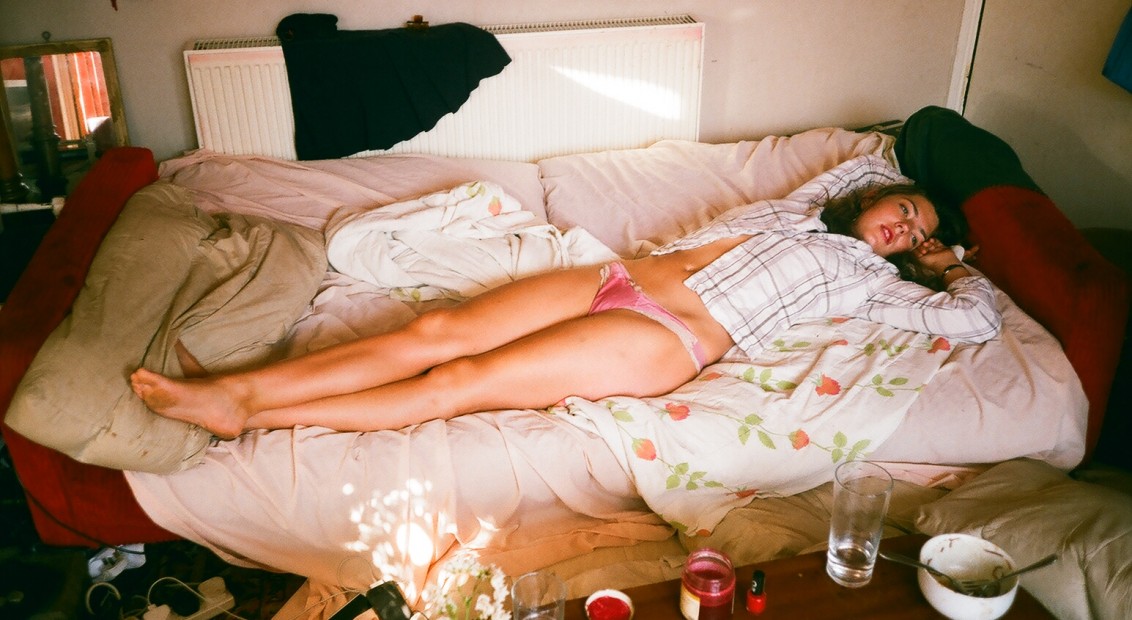 Somewhat contrary to its name, the latest issue of Hate zine places love under the editorial microscope, exploring the concept in all it’s familiar, painful, cryptic weirdness. Since its first issue in 2016, the brainchild of Luisa Le Voguer Couyet and Scarlett Carlos Clarke has not so much confronted today’s most pressing issues (previous issues cover sexual politics, global warming and mental health) as grabbed them by the collar, pinned them to the wall and interrogated through a multidisciplinary approach of photography, poetry, painting, philosophy, interview and illustration.

This issue is no different. Sparked by the birth of River, Scarlett’s first child with artist Tim Noble, it is a typically dynamic and colourful look at what we mean by love. Using an anthropological approach to investigate its more unusual spectrums, the issue stretches love out to its many complicated forms; from forbidden love, to heartbreak, through to compassion (or the current lack of it) towards our fellow human beings, and in some cases, inanimate objects. With two-thirds of the proceeds going to Help Refugees and Justice4Grenfell charities, the project is about love, for love.

We caught up with Luisa to discuss the nitty gritty of love and what makes this issue one of their most exciting yet. 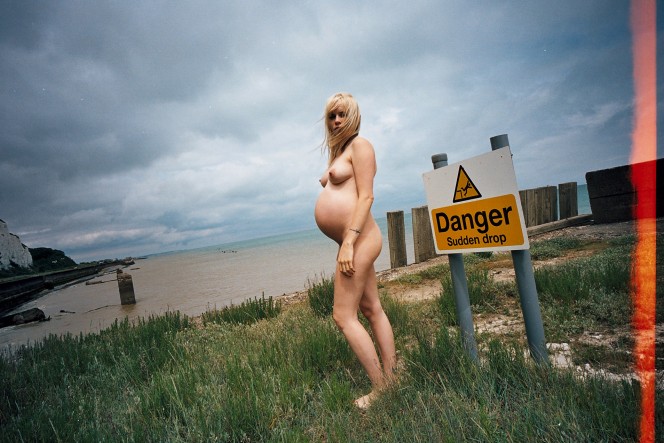 Finn Blythe: The inspiration behind this issue came from the birth of Scarlett’s child. How do you think motherhood changes someone’s perception of what love can be?
Luisa Le Voguer Couyet: I’m wary to add to the narrative that all women possess this innate maternal instinct and that motherhood is an ideal to which all woman aspire. However, for the majority of women who become mothers and do not experience Pre/Post-Natal Depression or any other complications relating to their relationship with motherhood or pregnancy, I think that their perception of love must change massively. From an outsider’s perspective, I think that becoming a parent seems pretty indescribable, unique, beautiful, and all-consuming. Before children, you have romantic love and the love for your family and friends, so experiencing biology and thousands of years of evolution and history working inside you must completely overshadow all previous forms of love you had known. Perhaps animalistic bonds are too hard to describe simply with one word.

FB: How has River’s birth made an impact on you?
LLVC: Before I went to the hospital to see River I didn’t know what to expect as I don’t really have much baby experience. I was just really happy for my friends that he was healthy and that two people who I loved and who loved one another had made someone new. When I held him after he was born I cried which I hadn’t anticipated, but was also secretly quite relieved about because it meant I wasn’t such a misanthrope after all. It feels very special to witness his whole life so far, from a black and white grainy photo, to a tiny newborn, to someone who is nearly walking. I’m so excited to get to know him and hear what he has to say – when he learns to speak.

FB: Why did you choose the mince cover?
LLVC: Red is the colour most associated with love, and flesh is linked to desire, sex, and consumption. When romantic love goes wrong we talk about being crushed, or broken, although to be honest you never really hear people saying they felt ‘minced’ by a lover, but I’ve definitely felt like my feelings have been minced before.

FB: Like love, motherhood is subject to social stereotypes. The idea of a ‘good mother’ for instance, is subject to opinions and sometimes judgement and scorn. Is that something you’ve noticed vicariously through Scarlett?
LLVC: Yes, it does seem that motherhood carries many expectations and stresses from both society and other mothers. As women, we are subject to judgement and social stereotypes long before we can even comprehend what gender means, so as a mother you’re under even more scrutiny. I wonder how many men are paranoid about being a ‘good dad’? Single mothers are portrayed extremely negatively by the media, the idea of a man leaving a woman to raise a child alone must mean there is something wrong with her, yet a single father is praised and admired? It’s totally unfair.

FB: Considering the theme of this issue, did this issue feel more optimistic in terms of looking towards the future and a new generation?
LLVC: Considering the political, social, and environmental state of the world, I felt like it was time to reconsider how best to protest and object to the negativity around me. I wanted to explore love and all its different forms, from the everyday to the extreme, to remind people that it’s everywhere and it’s confusing, it’s dark, it’s weird, but it’s also beautiful and enriching and right now I think the world really needs to realign itself with all the positive ideas we have about love.

FB: How did you relay the terms of the brief to your contributors?
LLVC: I wrote a few sentences about what I wanted to portray and get across and sent it to the contributors. I wanted to cover all bases and avoid the traditional heteronormative depiction of love, which has more than enough airtime, instead I wanted to focus on families, friends and unity with strangers, as well as negative experiences of love.

“When romantic love goes wrong we talk about being crushed, or broken, although to be honest you never really hear people saying they felt ‘minced’ by a lover, but I’ve definitely felt like my feelings have been minced before.” 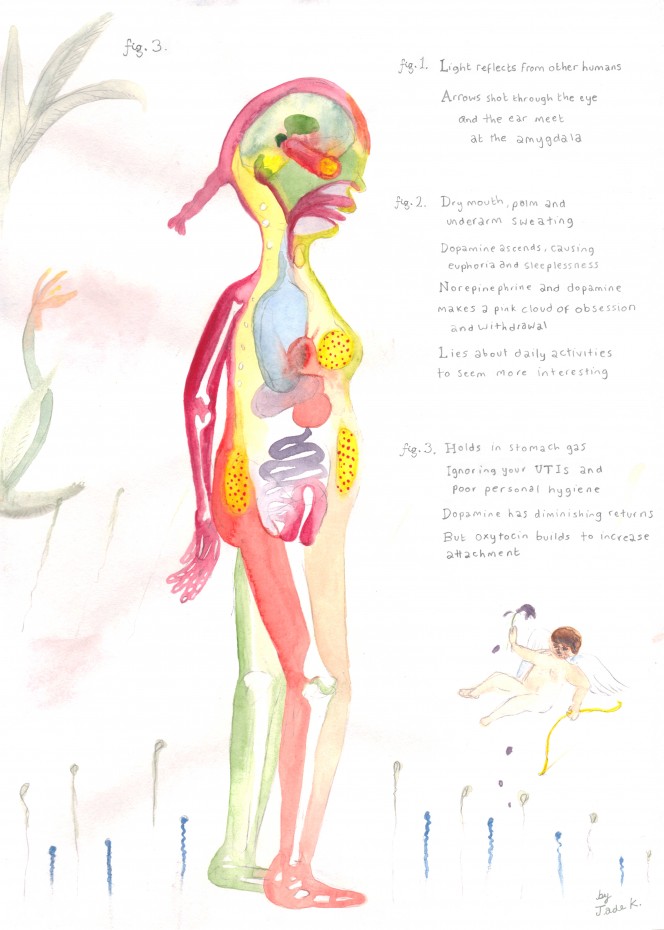 FB: Throughout history, the multiplicity of love has been rejected in favour of one, singular and fixed definition of the term (usually monogamous and heterosexual). Why do you think – historically – people in power fear forms of love they don’t recognise?
LLVC: People in power fear everything they cannot control, recognise, or comprehend. How can you control or manipulate something which deviates from a supposed ideal or a dictated standard? Even today, our understanding of love is merely an ideology fostered over centuries as a means of control by those in power. The advent of Christianity has a lot to do with how we perceive monogamous, heterosexual love, so, in the face of such indoctrination, people feel compelled to defend these ‘normalised’ expectations. What I do find interesting is when those in power today – brands, corporations, governments – have to adapt to the changes in society for the sake of retaining consumer relationships or voters. As we recently had Pride, I was fascinated to see how many car companies, oil companies, clothing brands, etc. were suddenly really representing these communities. Love is a commodity and under capitalism, love is definitely for sale.

FB: Do you think the traditional concept of love, an everlasting kind between a man and woman, leads to a false expectation? It seems like a lot of young people especially have a fixed idea of this in their mind that they are constantly chasing, sometimes to the detriment of other aspects in their life.
LLVC: I think society is totally addicted to this idea and I find this obsession with dating and the pursuit of love funny because it’s rooted in tradition even though the means in which we engage with it have modernised. I do think the concept of everlasting love with one person can often leave people who are seeking that ideal or that narrative for their own lives feeling isolated and potentially like they’ve failed if they don’t find love. It can be stifling to want the idea of love more than actually loving whoever or whatever naturally comes into your life, but maybe this isn’t such a new phenomena, maybe it’s just exacerbated by Tinder and First Dates?

FB: There are features in the issue dedicated to the refugee crisis, also money from the launch party will be donated to Justice4Grenfell and Help Refugees. So often, devastating issues such as these get swept under the carpet due to various reasons, both consciously and subconsciously. Do you think, as a society, we lack empathy? If so, do you think this has always been the case or do you believe it was gotten worse in recent years?
LLVC: Our societal lack of empathy has increased under a government that chooses to assault the poorest and most vulnerable in society. Now we are seeing the devastating effects of a global rise in populism, as the links between various organisations (Facebook, Cambridge Analytica) and powerful individuals (Trump, Farage) have been exposed. Personally, I want to make a connection between capitalism and individualism when assessing our levels of empathy. These ideologies promote selfishness, they prize money, capital, and possession over human rights, needs, and even human life. So a big shift towards these ways of thinking in an already racist, sexist, classist world that is ruled by an anonymous powerful elite is terrifying. Disaster capitalism sees big corporations and governments profiting when there are wars, environmental disasters, or any other destabilising events that rock society.

But, I also believe and have seen first hand the growing movement of people who do care. It’s kind of what I was thinking about when I was doing this issue. Help Refugees whose slogan, Choose Love, is so simple but very necessary, and Justice4Grenfell and the other community-led groups that sprung up immediately after the fire to offer support and step in when the local council and government failed them. Which is often, sadly. Young people engaging in our world and the decisions of our ‘leaders’ is brilliant and so needed. I think it’s a ‘fuck you’ to a system that has stripped us of our own emotional humanity.

I wanted to use the launch party to also raise some money for charity, and I couldn’t choose between Help Refugees who feature in this issue, and Justice4Grenfell who were our Activists of the Month, so I decided to split all proceeds 3 ways.

FB: What does love mean to you?
LLVC: Love is incomprehensible and impossible to describe, it’s fluid and intoxicating and stressful and enriching. For me love is really instinctual and bodily, I feel something physical when I love things.

The newest issue of hate zine is available for purchase here. Buy tickets to the new issue launch party on 28th July here.