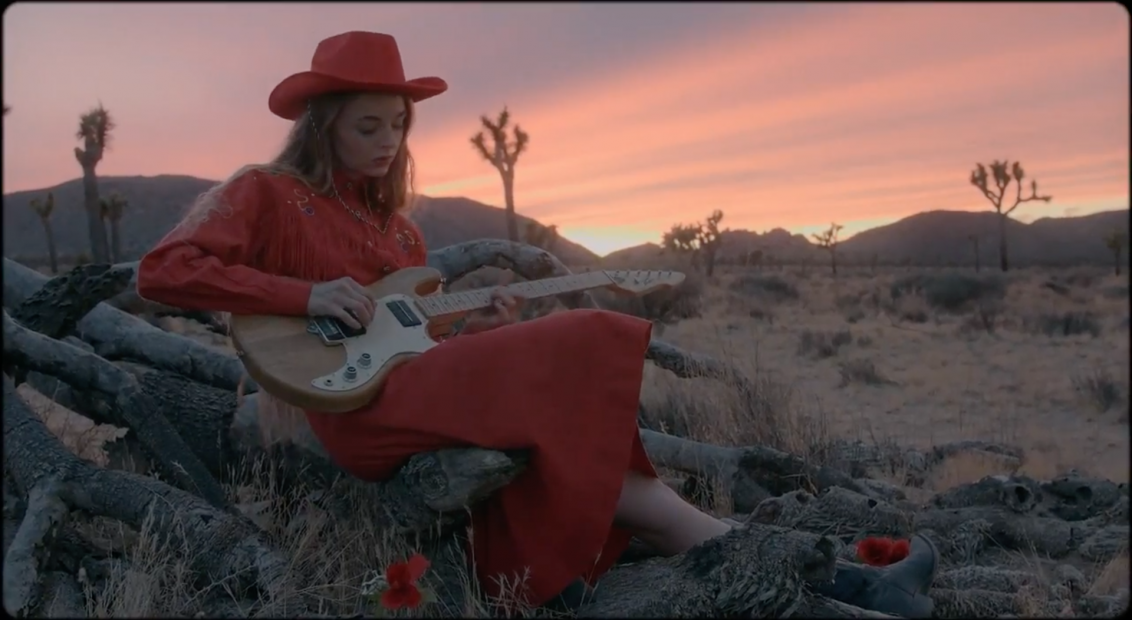 Originally formed in Austin, Texas, and currently residing in LA, west-coast trio Mamalarky escaped the city lights and travelled to Joshua Tree to record the debut music video for their track, Much Better.

Centred around frontwoman Livvy Bennett’s struggle for happiness within a “mundane charade of normalcy”, the cinematic short sees the musician discover this spiritual freedom in Joshua Tree’s rugged desert terrain.

A play on light and dark, fantasy and fiction, the video – think Wes Anderson meets Sofia Coppela should they ever find themselves trippin’ in the dunes – takes its cues from cinematic reference points. Having recently released their debut EP Fundamental Thrive Hive, here Bennett traces the visual influences that drive their vision: with a nod to the stylish godfather of horror, Dario Argento, alongside the saccharine hues of Petra Collins and the repurposed sexploitation aesthetic of Anna Biller.

DARIO ARGENTO
“Dario Argento is Shannon Wiedemeyer’s (our director) biggest inspiration in everything she makes. Argento explores the concept of dreaming and dream states in his work, which you can see in our video as the girl in the yellow/orange room fantasises about the paradise waiting for her in the desert, jumping through space and time in her mind.”

PETRA COLLINS
“Another big influence for us is female artist and fashion auteur, Petra Collins. A photograph that specifically drew inspiration for this video was one of a boy in a blue tasseled cowboy outfit in the foreground of a green scenic background. This mixture of fantasy lighting and fashion with nature drove our director Shannon to the idea of filming in Joshua Tree.”

THE SOUND OF MUSIC
“This inspiration wasn’t intentional but was brought up a few times as I was dancing around in the desert, like Julie Andrews if she traded mountains and lush grass for sand and more sand.”

ANNA BILLER
“Anna Biller directs and designs all of her films and brings a feminist aesthetic to her modern takes on sexploitation films. Her hybridisation of time through props and furniture create fantasy like spaces that definitely influenced the design of our sets!”

MISERY
“I didn’t know this list would be so horror heavy initially, but here we are. Kathy Bates performance in Misery is everything to me, really. I tried to channel her unsuspecting fury in the scene where I squeeze the lemons to high hell.”