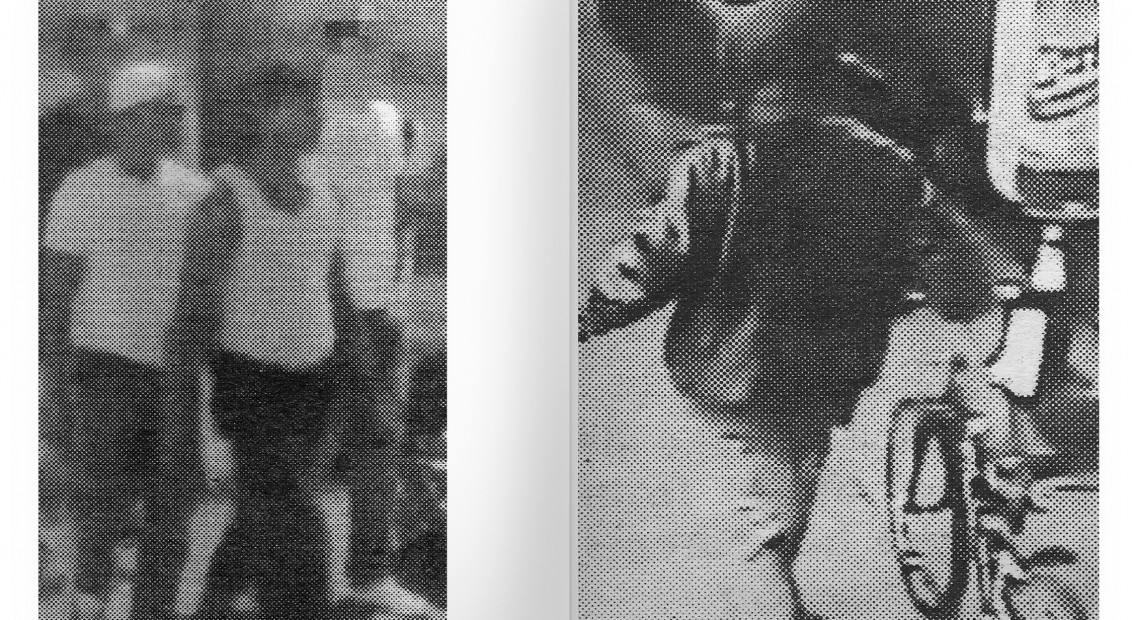 Eye in the sky

The artist questioning the power of surveillance in our cities

Eye in the sky

When New York-born artist Jeremy Zini was curiously flicking through the New York Post’s daily crime blotter, this page of blurry silhouettes and petty criminals frozen in black and white surveillance stills caught the artist’s eye in its likeness to Picasso’s bull paintings.

The perpetual cycle, the suffering, the power show, the spectacle; all were parallels that drove Zini to turn his collection of cuttings into a powerful statement on the precariousness of urban living via his new book, Run the Jewels.

We caught up with Zini following the birth of his first child to discuss the book and his thoughts on the poverty and distinctions between ‘us’ and ‘them’. 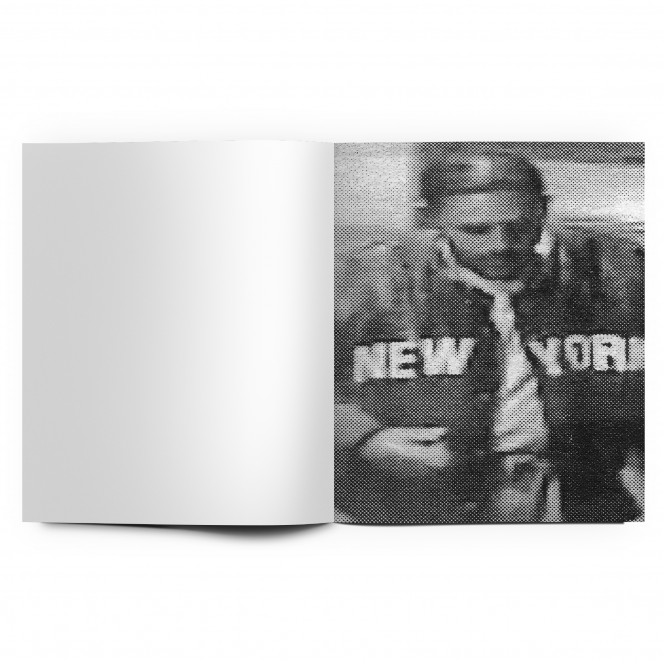 FB: I can imagine, the heat can’t be helping either… So what drew you to collect these newspaper cuttings in the first place?
JZ: I have many different series I work on and everything I make comes to me in my daily life, inspired by New York, my travels, friends. I would just buy the New York Post everyday and there used to be these crime blotters where they would show criminals or victims they were looking for or trying to identify and I just really became drawn to them.

FB: It’s very surreal. The UK equivalent is called Crime Watch, it’s on TV but it’s the same premise. What kind of statement do you think these kind of crime reports make on power and surveillance?
JZ: Well when I started this series I equated it to Picasso and his paintings of bulls and bullfights. It’s this thing where the bull keeps dying at the end and the next day there’s another bull to take its place, so it’s this eternal thing of power, a vicious cycle, almost like a farce of trying to stop it.

FB: I guess there’s some small practical value in including these pictures in the newspaper, but it’s like they’re trying to say, “We’re watching you.” So how long have you been collecting these snippets?
JZ: About six years, I have about 600.

FB: Did you begin collecting them with the work in mind or was it just curiosity?
JZ: Well at first it was just curiosity but then it developed into me wanting to do something with them. I see the potential in something and then I sit with it a little and decide whether my first gut instinct was to go or not.

FB: You usually use a lot of canvas, oils and sculpture in your work, but this is something quite different.
JZ: Yeah, well the book itself is full of the images I collected but I’ve turned them into a series of paintings now. I’ve only got about ten of them but they will now be a series of large silk screen paintings.

FB: That’s pretty big. It’s interesting because the pixelated quality of the images are reminiscent of someone like Chuck Close, who addresses an image via it’s constituent pixels.
JZ: Yeah I mean the original images are like one inch by two inches so when I do blow them up they become very pixelated. With many of the images it’s like, how would you ever recognise that person?

FB: Which again ties in to the futility of it all. None of these people are identifiable, they’re mainly grey blurs in big jackets, which leads you to assume that the point of these photographs isn’t solving crimes, it’s to reassure the public that action is being taken and things are under control.
JZ: Yeah absolutely.

FB: So what’s the process of turning this tiny photograph into a huge painting?
JZ: I scan them in the highest resolution I possibly can to get them as large as I can and transfer them from there. I didn’t want to do a silk screen edition of black and white, I wanted each painting to be individual I’ve painted different backgrounds and then printed different colours on top so each piece is like a one of one. I use this very large professional silk screen printer because the size is so big – they actually do Chuck Close and Alex Katz.

FB: You must have looked at thousands of these photographs, were there any trends that stood out for you?
JZ: I was surprised by how petty a lot of the crimes were.There are some really serious cases of course, but there were a lot of guys stealing ATM’s or pick-pockets, or burglars. It never felt malicious, it was more a case of self preservation, that these people were just doing what they had to do because of their situation.

“It never felt malicious, it was more a case of self preservation, that these people were just doing what they had to do”

SCAPEGOAT from Jeremy Zini on Vimeo.

FB: In London we’re so aware of the fact we’re being watched, there’s actually more CCTV cameras here than anywhere in Europe, does the same apply in New York?
JZ: Certainly a lot more now. Every restaurant has a camera outside and you’re always being monitored.

FB: And that’s not even including people recording on their phones.
JZ: Exactly. But I’ve been to Beijing where they have cameras everywhere. I don’t know if you’ve seen Ai Wei Wei‘s surveillance camera sculptures, they have those everywhere and it’s just an ever greater sense of a Big Brother world.

FB: Terrifying stuff. I saw your film piece, Scapegoat, on your site. Is there any underlying connection with Run The Jewels?
JZ: Yeah absolutely. That goat is from footage from Bikini Atoll which is where the US did their first atomic bomb tests. So they had all these animals that they put in these devices to keep them restrained to see what would happen afterwards. I saw the image while watching a documentary and just thought that goat is like all of us, stuck in a system we can’t escape, it’s the same thing with these criminals, stuck in this eternal struggle.

Run The Jewels is available in Dover Street Market New York and online at paradigmpublishing.com