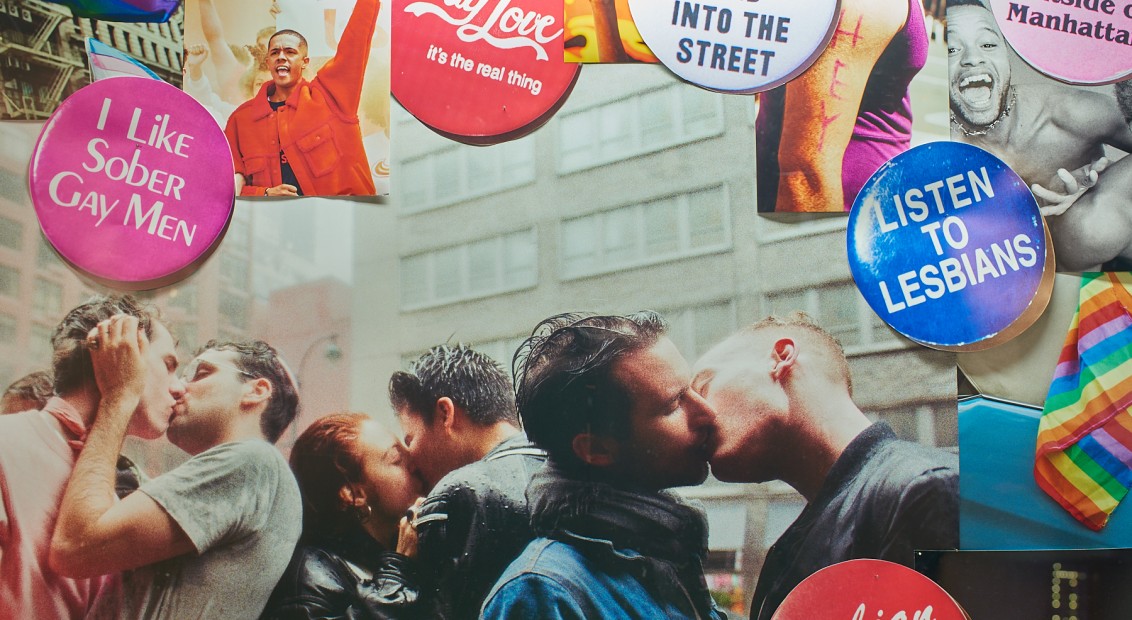 Since the summer pilgrimages made in the care of his older brother Michael, crossing George Washington Bridge from suburban New Jersey to downtown New York City and the mecca of all Pride marches, Ryan McGinley has never stopped protesting. Now, in time for London’s own Pride celebrations, the photographer’s new exhibition, Spirit of Pride, sees McGinley present a collection of works that reflect his life long commitment to activism and, in his words, spreading Pride’s spirit of “dignity and happiness”. From photographs taken at those early marches, to more recent images from his involvement with action groups like Voices4, the show is both a tribute to McGinley’s close community of friends and a reminder of what still needs to be done to ensure global LGBTQ+ equality.

That appetite for action began early on. Partially driven by the contagious energy of Pride, but also the love and admiration for his brother, whose tragic passing in 1995 from Aids, “sparked the spirit of rebellion in me” according to McGinley. It is this same spirit that drives both his visceral depictions of uninhibited youth, clambering through the American wilderness, as well as his work with action groups like Voices4, who emerged in response to the recent horrors against LGBTQ+ members in Chechnya. This exhibition not only combines both aspects of McGinley’s life, but references a legacy of activism that dates back to the Stonewall Riots and the genesis of politically organised gay activism. 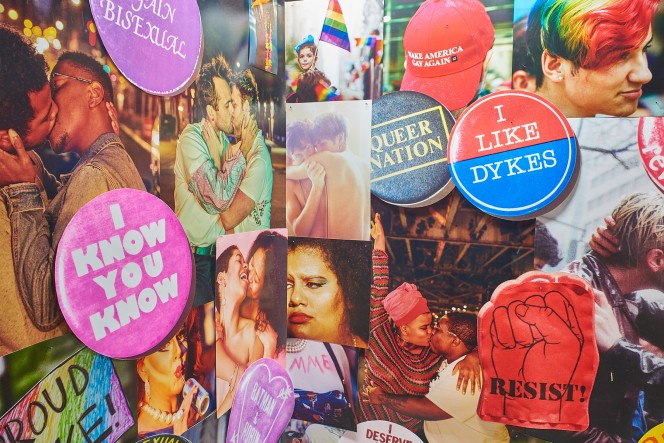 Finn Blythe: How is the exhibition arranged?
Ryan McGinley: The exhibition is a collage. It’s an array of queer-themed shoots I’ve been working on over the last year. Protests with Voices4, Pride March NYC, historical queer badges from @LGBTHistoy, gun control images of a Pulse Survivor, queer couples kissing during a 24 hour marathon shoot for The New York Times, and personal pictures of me & my boyfriend. There are some puppies in there too, I think 3 gay dogs.

FB: How did you become involved with Voices4?
RM: I became involved through my friendship with its founding member Adam Eli. I was a big fan of his presence on social media. The content he created was so authentic and filled with energy. His love and affection towards the queer community touched my heart. Before he became a full time activist he was a real estate agent and would make these amazing vogueing videos in empty apartments he was showing to clients, I miss those, they really made me laugh. Overall his sense of enthusiasm and true care are what make him a really special human being.

FB: I’ve followed Voices4 protest against Budweiser’s sponsorship of the Russia World Cup. They’re taking on a vast multinational and winning! How has Pride’s protest changed, in scope and scale, since the days you were protesting alongside your brother?
RM: Yes, Voices4 is definitely making changes to their direct actions, it’s inspiring. It reminds me of the Coors Boycott from the late 70s that Harvey Milk and his boyfriend Scott Smith were involved in organizing. Their unshakable alliance of gay activism set the model for the unity that this current beer boycott movement shares today.

FB: How has the Pride movement in America been impacted by Trump’s presidency?
RM: With Trump comes Pence. Vice President Mike Pence’s views on equal rights for our LGBTQ community are terrifying. As Indiana governor, he signed his state’s Religious Freedom Restoration Act in 2015, which essentially gave businesses the right to refuse to serve gay people. He has supported gay conversion therapy. He is one of the most anti-LGBT politicians in America. 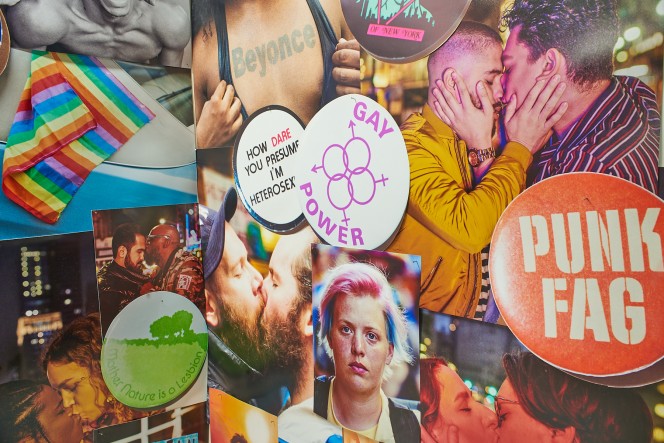 FB: Would you say mass digitisation has strengthened the influence of Pride?
RM: Yes, social media has connected queer people worldwide to locate each other easier and send the message of unity faster. One of my favourite messages Voices4 strongly implements is: ‘Queer people anywhere are responsible for queer people everywhere.’

FB: Pride is at its core a protest movement. As that sense of protest has become less confrontational and more of a celebration (in certain parts of the world), do you think there’s a risk of the movement becoming over commercialised?
RM: The first gay pride parade was held after the 69’ Stonewall Riots. The riots were a series of violent demonstrations against a police raid that targeted the gay bar The Stonewall Inn in Greenwich Village. The parade was originally born out of a protest against discrimination than a celebration of diversity.

The rights of gay people have made great strides the past few decades, and the Supreme Court’s legalization of same-sex marriage three years ago was a major victory for our community. We still have a lot to fight in the USA, recently Trump’s transgender ban on people serving in the military.

FB: News broke this week of Pride protesters in Istanbul being met with tear gas, demonstrating there’s still a violent ‘front line’ to the movement. How has your experience of Pride differed in different parts of the world?
RM: Worldwide, we still have so much to fight for. This year Voices4 was part of the NYC Pride March’s resistance. The theme was ‘Marching for those who Cannot.’ The members told stories of our silenced queer family around the globe. Everyone wore black and held signs and carried coffins. Some of the signs read: ‘I can’t march in Italy because despite leaving home hate has followed’, ‘I can’t march in Russia because gay propaganda is forbidden’, ‘I can’t march in Beirut because police have canceled pride’, ‘I can’t March in South Korea because being in the Armed Forces means hiding my identity’, ‘I can’t march in Indonesia because loving my partner got me publicly lashed 85 times’. Hence our saying ‘When you mess with one queer, you mess with all of us.’ Voices4 is in action to try and help our queer brothers and sisters worldwide.

FB: How has an organisation like ACT-UP influenced the organisation of Voices4?
RM: Our founding member Adam Eli has said to me that the Voices4 manifesto is lifted directly (with permission) from ACT UP’s language. We are all inspired by nonviolent direct action and the success that ACT UP had with it.

FB: How does taking a photograph at a demonstration differ on an emotional level to the serenity of your cave photographs, out in the American wilderness, and how does that manifest itself in the image?
RM: I think I always have one goal for all my pictures: to create an iconic image. A photo that transcends and can visually seduce the viewer to attach them to your cause.

I approach all my projects with an open heart and a rebellious spirit, that is where my energy is born. Within this installation at Soft Opening there are a number of enlarged historical queer badges, if I could pick one to represent me, it would be ‘Punk Fag.’