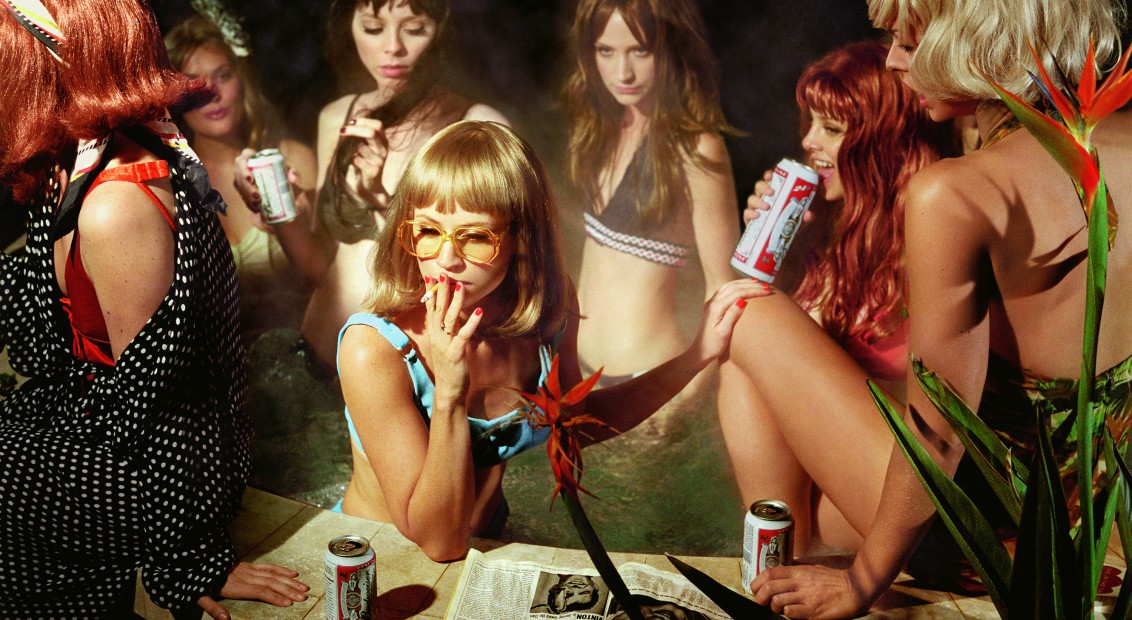 “Buildings go up that I think are going to be permanent and it turns out they were just built for a superhero movie and they were exploded last week.” Growing up under the pristine skies of Hollywood Boulevard, the film industry’s greatest exporter in melodrama and fantasy, the line between reality and artifice was always something of a blur for renowned photographer Alex Prager.

Therefore it seems only natural that she would imbibe many of the same aesthetic codes through her work, but whereas Hollywood sells dreams, Prager interrogates them: using photography and film to examine the interplay between fact and fiction, light and dark, perfection and chaos. These are just some of the inherent tensions that lie at the centre of her ten year oeuvre and which now, on the eve of her first mid-career retrospective, she is breaking down and shuffling into order.

Prager first came to photography at 21 after seeing a William Eggleston exhibition at The Getty. It was an emotive encounter that set off a chain reaction, leading her to buying a second hand camera the next day and working obsessively through the night for six months, developing images in a DIY darkroom before her first show in a hair salon. Over fifteen years have gone by but the same powerful emotion guides both her still and moving images. Using the cinematic vocabulary of Hollywood’s Golden Age forefathers, from Hitchcock to Douglas Sirk and Cindy Sherman, she not only pokes and probes at its glitzy facade, but exorcises her own fears of loneliness, despair and stage fright.

We spoke with Prager to discuss growing up in LA, the power of Hollywood and how her work highlights contemporary issues of body image and social anxiety 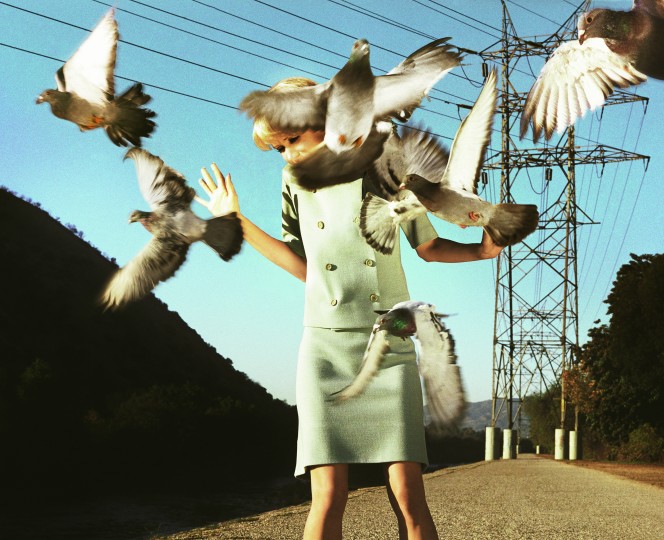 Finn Blythe: This is your first mid-career retrospective, why did now feel like the right time?
Alex Prager: Yeah, the whole thing came about in a very organic way. I thought about doing a book before but it didn’t feel right, I couldn’t put my finger on why, but when Thames & Hudson approached me to do a book at the exact same time as The Photographers Gallery asked me to do this show, it just felt perfect. It wasn’t until we started designing the book and putting the show together that we all realised it was exactly ten years since my first solo show. It took ten years for the motion that I’d begun when I started to feel complete. Those themes that I’d been interested in since seeing my first William Eggleston picture, it’s taken this long to really do all I wanted with them and that feels like a bookend. It was interesting to see how many times I’ve looked at the same few themes and regurgitated them in different ways. That always felt new for me, but it wasn’t until we put the show together that I realised I’ve basically been playing the same movie on repeat over and over.

Finn: Well it’s a great movie and I’m looking forward to seeing more. Speaking of which, am I right in saying you actually grew up on Hollywood Blvd?
Alex: Yeah I mean cinema has always been a huge part of my life, whether I knew it or not. Just growing up in Los Angeles I was always surrounded by the film industry, to the degree that I’m never quite sure whether I’m sitting in a set or a cafe. Buildings go up that I think are going to be permanent and it turns out they were just built for a superhero movie and they were exploded last week and now it’s something else. It’s the perfect city to examine the line between reality and artifice and how they interact and play with each other.

Finn: Is there a heightened sense of the superficial, not only in your physical surroundings, but the people you encounter in Hollywood?
Alex: Yeah absolutely. Los Angeles has been portrayed in film probably more than any other city, so people’s perceptions, from media and film, differs hugely with what it actually is and the people that live there. Even the people that are there for parties and events, the Malibu state and the blue sky, all of it is pretty unsettling when you actually think about the things that are going on in the city.

Finn: That noir aesthetic is so central to the sinister feel of your images, but what draws you to explore that darkness? Is it exclusive to LA?
Alex: My imagery is not just about Los Angeles but about perception in general and the relationship between reality and artifice. It’s about how walking that line can be used to communicate things that are important to me. I’m creating worlds that are artificial but they’re meant to reflect real emotion that I’m experiencing, questions that I have about things that make me uncomfortable, that’s what is holding these images together. When I shot La Grande Sortie at The Paris Opera it was amazing talk to some of the dancers and hear how long they’ve been wanting to play certain roles and the pain they go through. There are all these things going on underneath, but on the surface it’s perfection and lightness and beauty, but you only see the role once they’re finally playing it. All of these layers create a tension. My own stage fright and the fact I’m my own worst critic go along with that. 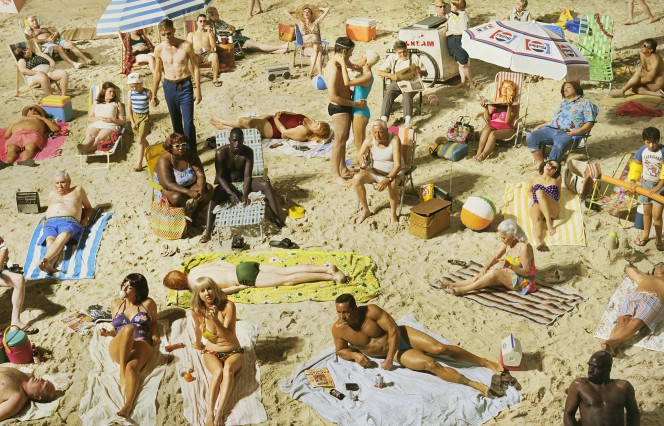 Finn: I feel a similar tension looking at your Face in a Crowd series, especially the beach scene where everyone is at their most self conscious. It’s just like how we cultivate a persona of ourselves via social media that we’d like the rest of the world to see. It’s the same insecurity.
Alex: Exactly, you’ve totally got it. There’s very few people that relate it to a contemporary social media world but that’s totally something that I’m thinking about. There are these cameras now that take pictures with a filter that automatically takes out any imperfections.

Finn: What?!
Alex: So there’s girls now who don’t look in the mirror because they use their phones with this filter. They’re using it so much that when they actually do see themselves in the mirror they’re very disappointed.

Finn: That’s really worrying. But speaking of flawless faces, your casting is interesting; Elizabeth Banks, Jessica Chastain, Bryce Dallas Howard, in your films they reflect this idea of an impeccable exterior juxtaposed with internal anguish.
Alex: Yeah that’s where the difference between the way I approach my still images and my film work comes in. With film you really do need to carry people’s attention for longer, so the effect of using a familiar face, like Elizabeth Banks, has the perfect combination of familiar and girl-next-door. But that’s the effect movie stars have on people, they’re familiar and safe. Because when you’re leading people through these chaotic seas of anonymous faces and the chaos that mounts in the end, I wanted it to feel like you’re going there with someone you knew.

Alex Prager: Silver Lake Drive is on at The Photographers Gallery from 15th June to 14th October 2018. The monograph of the same name is available and published by Thames & Hudson (£40.00).