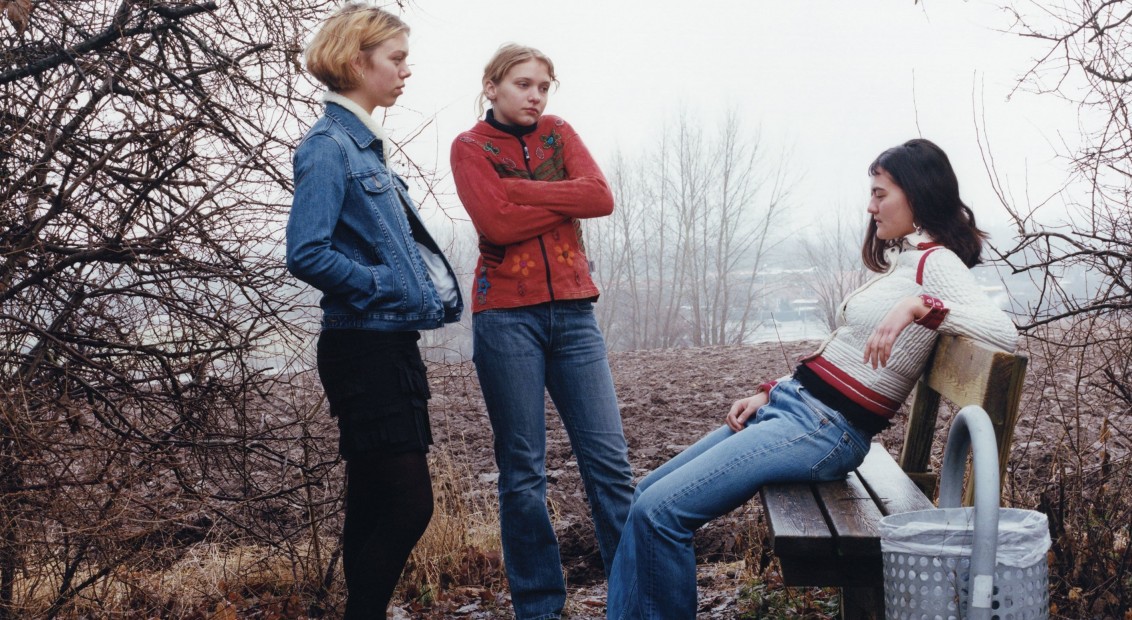 Back in February this year Jonathan Anderson turned his SS18 campaign into an open call for photographic submissions from anyone aged between 18 and 30. The prize? To have their work shown at a special exhibition held by the designer and capture the brand’s upcoming FW18 campaign.

Dwindling down an impressive 1,800 submissions, Jonathan Anderson selected 50 finalists to then be showcased as part of an exhibition titled Your picture/Our future.

From this final pool, selecting just one winner proved an impossible task, so instead, Anderson – taking a bit of creative license  – has chosen three winners: Julie Greve from the UK, Yelena Beletskaya from Russia, and Simons Finnerty from the USA. Each of these winning lensers will work on capturing the JW Anderson FW18 campaign.

Below we chat to to all three winners, diving into their inspirations and styles.

Can you describe your style and what you want your photographs to portray?

“Photography is a simple concentration of everything that exists in my vision, each element is simple but not, everything is random but purposeful. People in my photos are not posing but living their lives, I give them an opportunity to relax and be themselves, my duty is to catch the right moment in their movement and in their eyes – that is how the powerful image is born.
My photographs can be extremely nice, they can be extremely scary, they cause the public to have different sentiment, they strike the eye and stay in subconscious. My aesthetic is the TRUTH in any of its manifestations, even if it feels like insanity. The beauty, as you know, is in the eye of the beholder.”

“I was born in the wild west of Kazakhstan. There were no computers in my childhood, no gadgets, but we were living such an interesting life full of adventures and bright moments. No wonder I was dreaming about a camera and an opportunity to capture what my eyes had witnessed. I had my first camera when I was twelve, it was film. However, I was rarely filming because of the development process… It was extremely hard for a kid in a small town to grasp the concept of it. And now long live the digital era! I am an adult but the world in my eyes is still bright and full of colours.”

“I was always interested in some kind of contest, I was confident in the uniqueness of my work and my talent. However, I never seemed to find the right one for me. But Your Picture/Our Future was searching for an unusual way of thinking, so it seemed the perfect chance for me. Plus, it is a contest by JW Anderson, and I myself am also designing clothes, so all of those circumstances instantly caused a response in me. And it worked. The victory in the competition is the tremendous leap for me, so I have felt colossal belief in myself!” 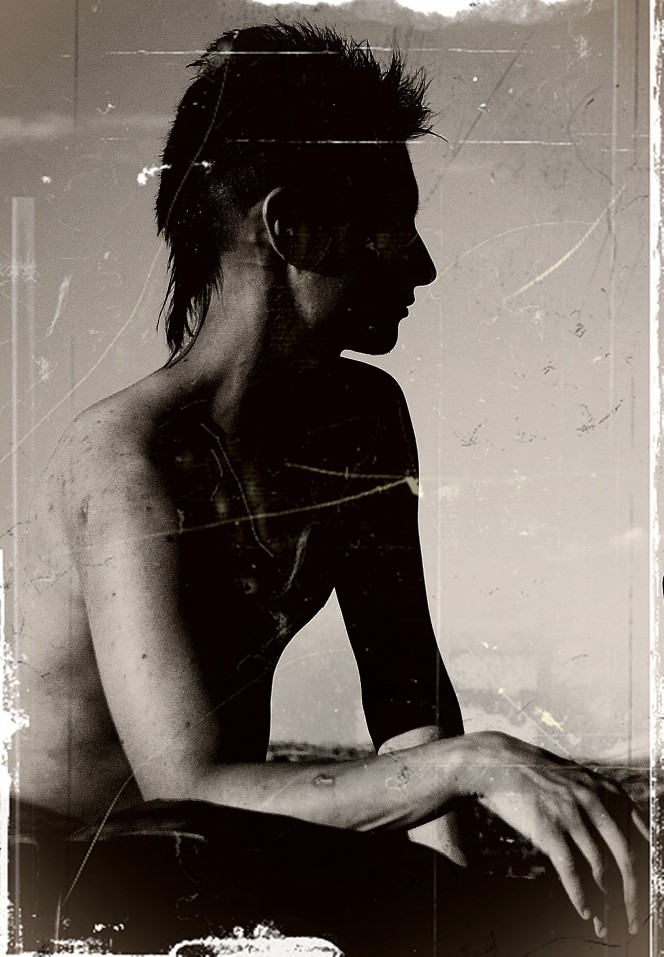 Can you describe your style and what you want your photographs to portray?

“I grew up in Atlanta, GA, and have strong family ties with the American south, so I am often inspired by southern artists that have come before me. Many of these artists have had an intrinsic sense of romantic natural light and a fascination with the environment, so I often try to incorporate these things in my own photography. Sally Mann had an early influence on my aesthetic, and I still look at her work when I need a push. I’m also inspired by queer artists such as Peter Hujar, Catherine Opie, and Paul Mpagi Sepuya. In their lineage, I look at the way that the body and clothing is gendered, and how these two elements can affect desire. I started growing out my hair when I moved to New York, somehow causing strangers to consistently identify me as a female, so I’m also interested in the semiotics of gender.”

“When I was nine, I got hold of my mother’s camera while packing for a family trip, and was enthralled with it the entire vacation. I have been photographing ever since. I think it was the sound of the shutter and the film advancing that first got me hooked. It was so new to me, that I took a picture of everything and anything, without any hesitation.”

“I have been a fan of Jonathan’s for several years now, and respect the work of all the other judges. I feel validated and immense excitement in being one of the winners. I’ve loved fashion imagery for a while now, and hardly made any “fashion” photographs in art school, so winning this award shortly after my graduation from the School of Visual Arts gives me an opportunity.’ 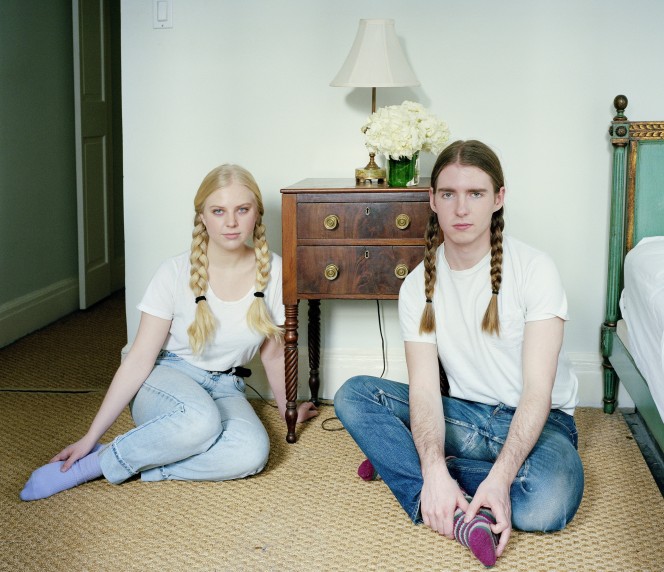 Can you describe your style what you want your photographs to portray?

“I work mainly with portraits and staging pictures in collaboration with different girls. I started out doing mostly staged pictures but became more and more interested in each girl, which is why I started doing portraits as well. I’m not interested in making photographs which are too far away from reality. It is about a balance between scenarios that look real but also have a strangeness to them. I like when there is ambiguity in a picture, when it opens up a space where the viewer is able to imagine a story around it. I’m very concerned with the girls’ gestures and expressions and I depend a lot on them. The gestures make a big part of the picture as you look at them when you try to read a picture. I want my pictures to both express emotions and to hopefully evoke them within the people who view them. The world is so over-saturated with pictures, I think a good picture holds you, it stops you for a while and lets you question what you are looking at and, as I said earlier, possibly imagine a story around it.”

“A few of my friends encouraged me to apply, and I thought it was quite exciting that someone like Jonathan Anderson would give a chance like this to young unknown photographers. Advertising campaigns can be really boring and I think there is a lot of hierarchy where it’s only really big photographers shooting campaigns normally. Winning is obviously very exciting but also a little bit terrifying. It is a great opportunity and I am very thankful for it and excited about it.” 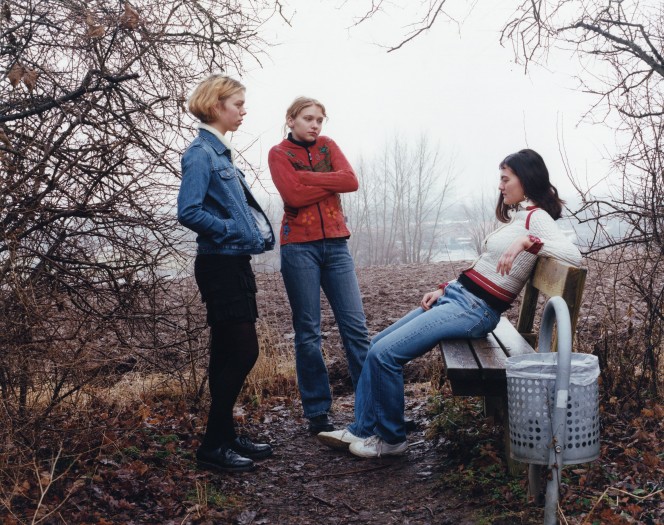 Your picture/Our future runs until 23rd May at 13 Floral Street, WC2E 9DH.