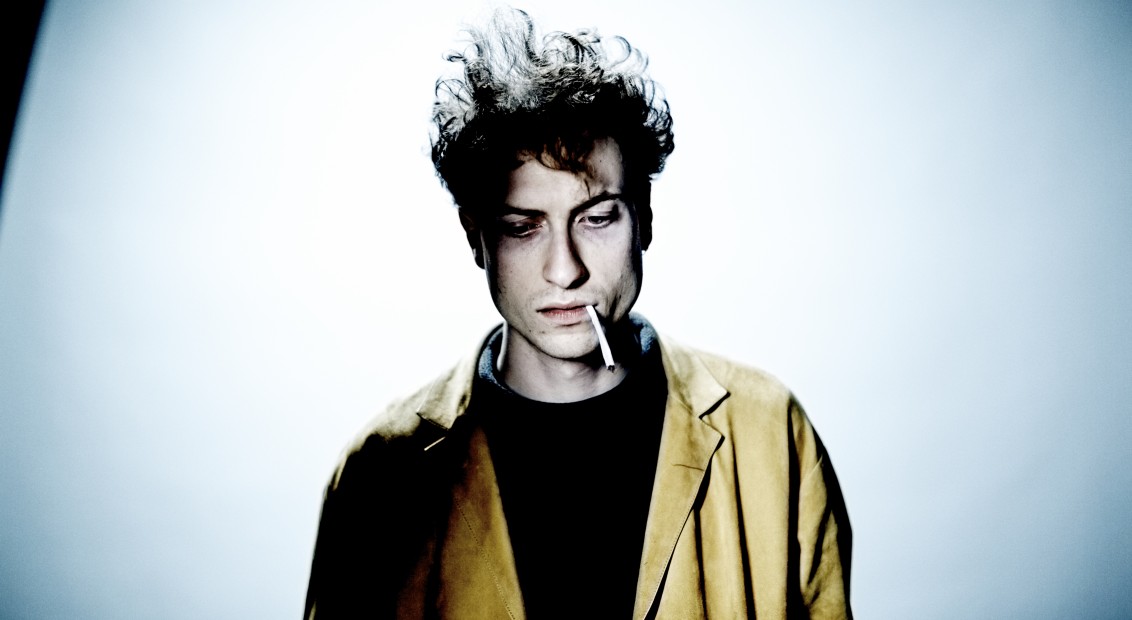 “I chose a very specific set of songs all about a specific time,” shares Daniel Blumberg of Minus, his first musical offering in five years. Birthed through a period of personal darkness and breakdowns – from debilitating relationship breakdowns to mental and physical breakdowns – the record was recorded over five days in rural Wales after discharging himself from hospital.

First signed to the label XL as a teenager, Blumberg has been putting out work for over a decade, primarily through a series of albums with different bands, namely Cajun Dance Party, Yuck, Oupa and Hebronix, and has collaborated with the distinguished likes of Low, Silver Jews, Lambchop and Royal Trux’s Neil Hagerty.

Since 2013 he has worked solely in free-form improvisation at London’s Café Oto, not tied to any particular moniker and free to move through musical form. It was while improvising within a community of progressive musicians that Blumberg met double bassist Tom Wheatley and violinist Billy Steiger. Cultivating strong creative and personal relationships, Blumberg surrounded himself with a musical group that enabled him to dig deep and lay bare his story for his debut solo record, Minus.

J.L. Sirisuk: Did you work on anything today? I am always curious about an artist’s schedule – do you block out time each day to create or wait until inspiration strikes?
Daniel Blumberg: It changes a lot. At the moment it’s dictated a bit more by the release.  It’s not a time where I can schedule stuff regularly, which is genuinely what I like to do. This is a special time because the last five years… having not released stuff or really done stuff as publicly, it was all about routine and scheduling. There would be times where I’d spend a month working nights and wouldn’t have a strict schedule, I’d draw for three hours, have a coffee, play guitar. I basically played with someone different every day.

JLS: Your latest work Minus was produced by Peter Walsh. How did this collaboration come about?
DB: I met Pete on the set of Brady Corbet’s first film The Childhood of a Leader and we sort of connected quite deeply quite quickly. I think he’d had a similar experience to me, he started acting very young and obviously wanted to move on to directing and there were weird similarities in the way that I started my music quite young and was never quite happy with the way things were. I wanted to develop in my own way, I think there was a connection there. Scott Walker scored that film and he invited me to some of the sessions, that’s where I met Pete – who basically produced all of Scott’s records with him since the 80s. In the studio I noticed the dynamic between Scott and Pete, the way that Pete sort of translates Scott’s ideas and facilitates them, and I came out of those sessions thinking Pete might be a good person to work with. At the time, I wasn’t working much on song material, it was more improvised – it’s probably the wrong term to use but people call it extended techniques – I was working a lot with double bassist Tom Wheatley, violinist Billy Steiger and Ute Kanngiesser. They’ve got a limitless approach to their instruments. 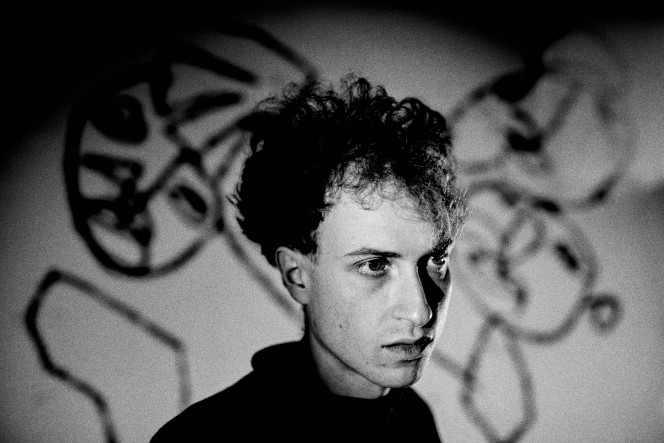 JLS: How did it feel during that time, not being tied to any moniker or group? How did it impact your sound?
DB: Well, I didn’t really have a sound because I’d always worked with different groups and bands so when I worked with Neil Hagerty you can hear that it was a collaboration with him when you hear the Royal Trux records or The Howling Hex records. I didn’t really feel that I had this sound in particular, I was just attracted to this group of musicians. I got taken to a Keiji Haino show six years ago and I felt that the music I was hearing was more similar to the drawings that I was making. I think the drawings were quite key. It was almost like an aim: how to make music sound more like my drawings.

JLS: Minus occupies a very personal space. Did you write the songs over a particular span of time?
DB: As soon as I started making music, every song was released because I signed very quickly – it was a semi-conscious effort. It was a hard five years for many reasons. I just say the five years because it’s been five years since I released a signed record, but in those five years I never stopped writing and making records. Sometimes I’d wake up and work and go to bed. It got to a stage where I was overworking, so my workspace would be filled with drawings that would never be seen and pages of lyrics. I wasn’t particularly in the best place through some of that time. For Minus I chose a very specific set of songs all about a specific time and written at the same point – although it wasn’t like a greatest hits of the five years or something [laughs].

JLS: Is there anything you can share about that time that lent to the sound and writing? Why did you finally decided to share it after it had been so long since releasing anything?
DB: Billy [Steiger] and Tom [Wheatley], they would come to my living room or the project space and we’d play for two hours, have coffee, play for another two hours. It’s a breakup record basically and I really wasn’t listening to any songs. I was really only listening to improvised music at Café Oto (in Dalston, London). Every night I would go there and I wouldn’t really listen to records but I had this difficult breakup and I actually started connecting to songs, appreciating the form of songs which I hadn’t for a couple of years. I had dismissed songs as quite limiting and I started to appreciate songs and write songs. I valued songs again.

JLS: You’ve been recording music for so long. Have there been any consistent things that have kept you motivated?
DB: I think there’s a few things, for example film. When I was eighteen I randomly walked into a charity shop and bought a Krzysztof Kieślowski DVD and ever since then I’ve been obsessed with cinema, also my partner became an actor so I started going on film sets to support her. Films have always been an escape for me, I’ve watched more films than I’ve listened to records. Then there’s my drawings, the drawings are endless. If I stop drawing, everything goes wonky for me. The relationship between the drawing and the music is vitally important. Since I started making music, I noticed that I get very inspired working with new people and I realised that I’ve tended to work with people that I feel slightly intimidated by. Like going to work with Neil Hagerty, I was quite in awe of him. It was the same with Seymour Wright who I did Guo with.

JLS: What was the recording process like for this record? I know you recorded over a week-long period in Wales.
DB: It was really important to get the right group of musicians together and the right environment to work in. It was really live so if we did a thirteen minute take and made a big error we’d have to decide whether we’d have to do it again, it was just like that for seven days in Wales.

JLS: Where are you as an artist in this phase of your life?
DB: I feel like I want to continue working on stuff, I don’t want to sit in a shed for five years on my own making stuff and piling stuff up. Now I think it’s the opposite. I was talking to Billy last night because we were working on some new stuff, this new record that’s coming out – and I was just saying how weird it is that the last two times we’ve played are now records. Sort of the opposite of before, so it’s quite good.

Mute is out May 4th via Mute Records.
Daniel Blumberg plays at Cafe Oto, Dalston, on 1st June.