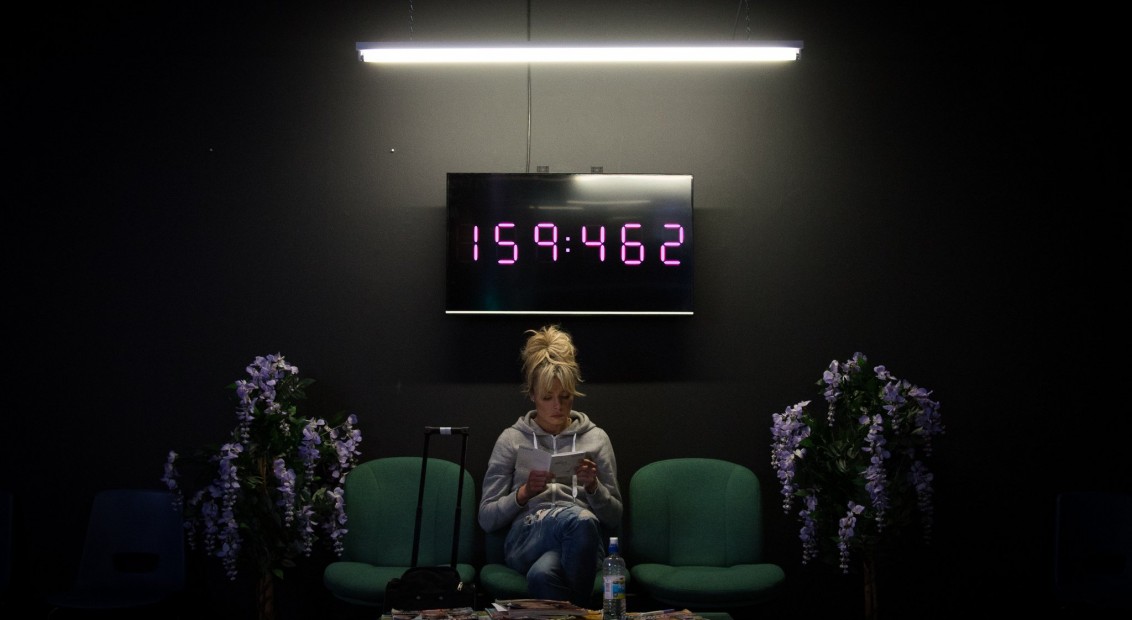 Fertile Ground: reframing the abortion experience in art and activism

Top image: Still ‘Not At Home’

There is an expression in Northern Ireland known to most and whispered by all: “She had to get the boat.” It’s a euphemism, meaning that the girl down the road, the wife, the daughter, had to board a ship to England to terminate an unwanted pregnancy in a country where abortion has been legal since 1967.

In language, there are euphemisms hiding everywhere in plain sight – ways of expressing trauma in milder terms, of softening an unpleasant experience for comfort or improvement: ways of taking the edge off. But for all the “boats”, the “family planning” and the genteel semantics of abortion, it is in the world of art that women are finding a way to lay things bare – to communicate, confide, protest and confess the experience of a procedure that affects one in three women in the UK.

Tracey Emin was good for this. In 1995, a series of diaristic drawings entitled A Week from Hell depicted in scratchy outlines Emin’s first abortion: in one, blood flows like a running tap from the vulva of a woman lying nude and prostrate. Emin followed the prints with a piece-to-camera video, How It Feels (1996), a project she described as “a cathartic experience,” following what felt, at the time, like “emotional suicide”. On foot, Emin journeys from doctor’s to clinic to park – spaces incubating her trauma – before delivering one particularly powerful line: “After my first abortion, I learned more about the essence and knowledge of where things come from than any fuckin’ art college or lecture or anyone could tell me.” So, her abortion becomes fertile ground for artistic exploration and expression.

Whether frank or euphemistic, art continues to make visible the realities of abortion at a time when women’s reproductive justice is still under threat; so much is clear in Trump’s America, and more imminently in Ireland, where it is six weeks from the referendum on whether to repeal eighth amendment to the constitution, which has given foetuses the same right to life as the pregnant woman since 1983. 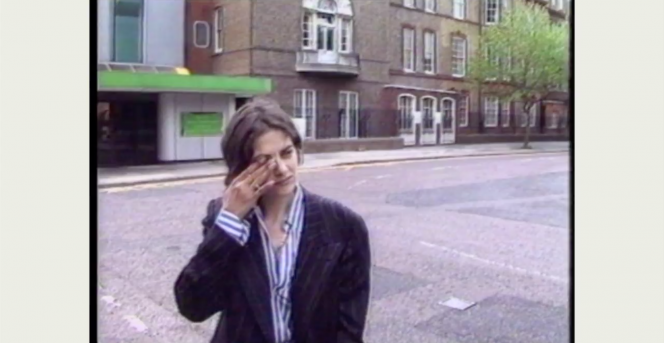 Emin’s walk across London may map a psychological passage, but in Ireland the ‘journey’ has become a charged political symbol. Grace Dyas is the co-author of NOT AT HOME, a durational art campaign which stages the crowd-sourced stories of women travelling to clinics in England for legal abortions. Combining video, sound installation and live performance, the piece will tour towns and cities in Ireland throughout the month of May, turning windows of empty shop units and galleries into what Dyas calls “a space for the undecided”, a difficult no man’s land between the pro- and anti-choice camps.

“We spoke a lot about art around the Repeal movement in Ireland, and it seemed that much of it was just preaching to the converted, or giving people an opportunity to talk about how pro-choice they were,” Dyas explains, laying out the three main aims of the project she intends to “service the abortion dialogue” rather than shut it down: making visible the way women travel, highlighting the consequences of the laws that people wouldn’t otherwise know about, and finally, uniting women who have travelled in solidarity.

“We’re not here to join anyone to their position,” Dyas continues, “to alienate the squeamish or shame people into taking a more liberal position; our role is to be undecided. It’s about informing people with the empathy of a woman’s real experience.”

Dyas details those real-life testimonies in NOT AT HOME: the woman who unwittingly drank a cup of tea, was told that it meant she couldn’t get an anaesthetic and so, unable to fly home, she went ahead with the procedure fully conscious; or another woman, who describes the shame of having security in Liverpool airport go through her suitcase and reveal her bloody underwear to a whole queue of people behind. Such stories, Dyas hopes, will help to inform decision-making in the lead up to the referendum next month.

But art is not always an effective platform for political activism, Dyas argues, especially when it’s about making work for other artists. “To effect real change there has to be a kind of collision,” she says, “which is something I’ve always been interested in – that conflict between opposing truth. In the theatre you can do that: you can bring together people from different parts of society, who would never sit next to each otherwise. That’s an artistic thing in itself.”

Go north of the border, and you’ll find Emma Campbell, a photographer and full-time activist at Alliance For Choice fighting for the decriminalisation of abortion in Northern Ireland. With an undaunted eye and digital camera, she created When they put their hands out like scales: Journeys (2014), a series of documentary-style photographs, secretive and blurred, taken sitting by windows on trips from Belfast to abortion clinics in Liverpool and London. Her approach is matter-of-fact and modest, the first-person perspective at once distancing and subsuming.

“I really didn’t want to create pictures of people that would then become victim portraits for those women who had had abortions,” Campbell says, describing her approach to art-cum-activism. “Stigma is all about ‘othering’ someone else; thinking, ‘That person is not me, not like me.’ I felt that the first-person perspective is about avoiding that.”

Campbell retraced the journey made by nearly 600 Northern Irish women in 2017 alone. Starting out with a cargo of five cameras, she then jettisoned all except the digital and phone photo-journal, in part because of the difficult shooting conditions on buses and boats, but also to play with the diary form, that feminist genre à la Virginia Woolf, Tracey Emin or… Bridget Jones.

“The journey was important,” Campbell says, “not just politically, but because you can tie it up with the person’s thought process and decision-making. It’s like travelling through the mind, and so a lot of the pictures were quite psycho-geographical; a bit metaphorical but not directing people too much.”

Despite her serious manifesto, Campbell holds karaoke and comedy nights “for choice” and makes badges with middle-finger-flicking ovaries (“We like to joke that we have a better sense of humour than the pro-lifers”), using comedy as an antidote to the soap script notion that “every abortion is a tragedy”.

Like Campbell, the playwright Julia Samuels steers clear of the sensational in favour of the frank, funny and warm. Her verbatim play I Told My Mum I was going on an RE Trip – televised on BBC Two last mont – knits real-life interviews with song and spoken word, centring on four women’s lived experiences. The theatre, Samuels says, is the ideal space to explore abortion, “because it’s a narrative really, from finding out you’re pregnant to how you feel afterwards. It has a natural arc.”

So, was this art or activism; authentic or selective; performance, instruction, Emin-esque catharsis after her own abortion? Samuels winces. “I kept asking myself that same question: what am I trying to achieve, on a moral level? I wanted to start conversations. Particularly now, when the world feels very divided and more and more people are becoming more entrenched in their own worldview, I wasn’t interested in something that only worked for people that happen to agree with me. It just had to be a way of having a more constructive conversation.”

Samuels is happy that her play, on tour and TV, managed to reach more diverse groups than “just a committed pro-choice audience”. The generally warm welcome she received was not, however, the case for Campbell: a 2014 show of her work in Sweden – where abortion has been legal for 40 years – was attacked by a male fascist group, who smoke-bombed the exhibition space.

“What I remember so clearly,” Campbell says, “is what the guy said after the bomb went off: ‘Out with you fucking whores.’ We all thought, this is about us having sex, isn’t it? That really confirmed it for us: that the underlying crux of the problem is women’s sexual behaviour.” But for the normalisation of female sexuality in cinema as on canvas, there still lies, as we have seen, a long journey ahead.

Donate to the NOT AT HOME campaign here.