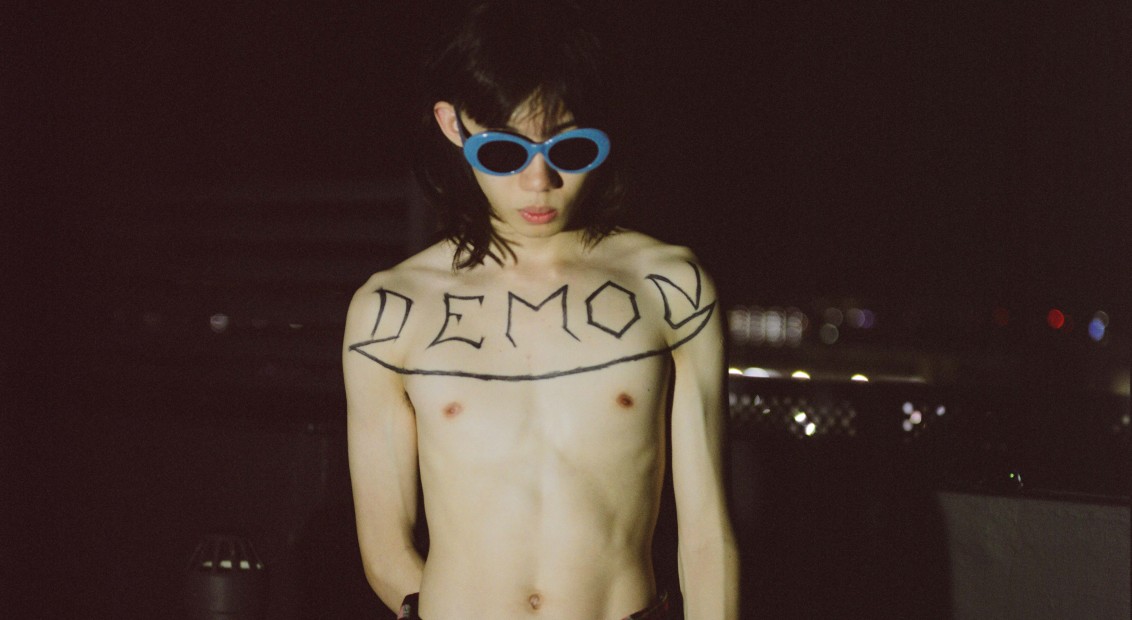 “It stems from their youthful energy, their desire for independence and to challenge the status quo, and their ‘don’t give a fuck what you think of me’ attitude” recounts British photographer Ryan O’Toole Collett of his time in Singapore documenting Youths In Balaclava – a dozen-strong collective that share a passion for art and an eye for fashion – and their unique sense of style.

The project started out as a side gig while working for Dover Street Market’s opening in Singapore. Through a friend, Ryan came across the crew and became fascinated by their passion to collaborate and create; “quickly [falling] in love with the raw style and strong image that each member possessed.” Made up of men and women all under the age of 23, whose professions range from designers to financial advisors, together they work together to realise limited edition projects and collections.

Influenced by a wide spectrum of musical and style references – from Kurt Cobain to Rei Kawakubo – the group cut and paste these reference points in a manner reflected in the finished pieces – experimental, chaotic, and customised. Finding innovative ways to create boundary-pushing custom pieces for on a next-to-nothing budget, the collective balance family responsibilities, the Singaporean National Service and school, uniting at night and over weekends in order to create and discuss what they care about the most.

We caught up with Ryan about his time with the YIB boys as well as the subsequent photography book project that is now available at Dover Street Market. 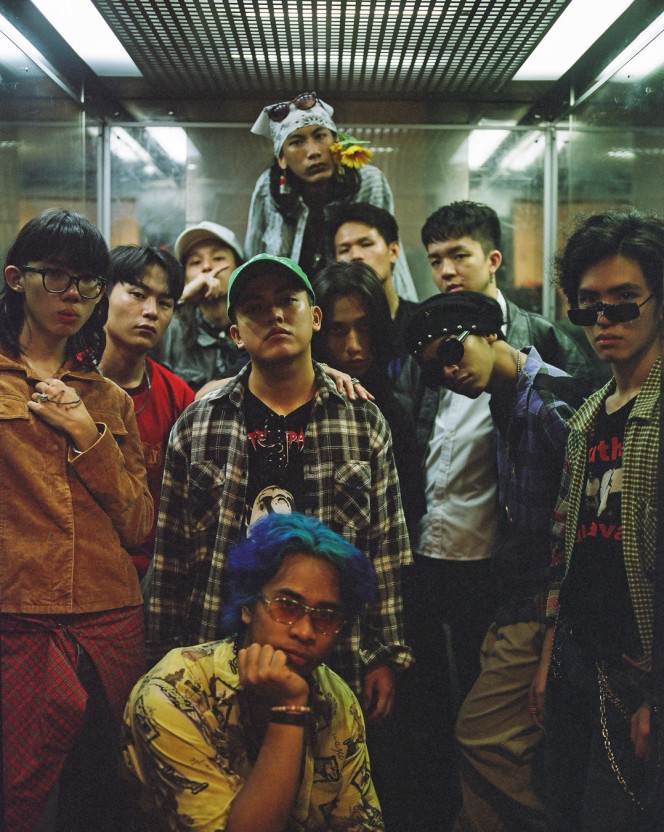 “The whole gang came to wave me off at the airport when I left, which was really sweet and a testament to their openness and warmth.”

Undine Markus: When Dover Street Market commissioned you to do the project, what was your starting point?
Ryan O’Toole Collett: While I was in Singapore for the DSM launch, Adrian Joffe (CEO of DSM) and I had discussed the possibility of me producing a side project. I wanted to explore an unseen side to Singapore. I spent a few days asking around for possible avenues, which led me to being introduced to Taufyq (the founding member of YIB) by a friend. After meeting the rest of the YIB gang I quickly fell in love with the raw style and strong image that each member possessed. Through photographing all the members of YIB I learnt about their brand ethos, their outlook, and their approach to living. In turn, I was able to introduce them to Dover Street Market. It was just chance that I ended up meeting them and focusing the project solely on them.

UM: How long did it take you to become close to YIB and gain their trust? Were they into being photographed?
ROC: After I met Taufyq and he introduced me to the rest of YIB I started hanging out with them more regularly; I followed them on their routines; they took me to the places that they go to for food, shopping, their studio, and to just to chill out. Nothing was forced and despite having only spent a short amount of time with them, I felt instantly welcomed. The whole gang came to wave me off at the airport when I left, which was really sweet and a testament to their openness and warmth.

UM: That’s amazing.
ROC: I know. I wanted the boys to be able to have as much control over their representation as possible, so I let them choose the locations where we ended up shooting. They also styled each other in much the same way I had watched them doing when taking pictures on their phones for their personal archive, so I feel the pictures are very true to how they see themselves and want to be seen. Their sense of confidence in themselves and in their style was very clear to me when I was photographing them, their self-assurance could in part be due to their age (the oldest member is 23), but it’s also due to a lack of ego, cockiness, and arrogance – they are extremely humble. The support they give each other and their faith in each other’s ideas grant them a fearlessness to express their beliefs, preventing them from being weighed down by the status quo and traditional Singaporean expectations.

UM: What did you find to be the most interesting aspects of their lifestyle?
ROC: Their passion and dedication to what they love were very inspiring. The balance they found between responsibilities was also remarkable. In Singapore, you still have National Service, which a few of the members are involved with at the moment. Many of the group have family responsibilities, having to look after their little siblings while their parents are at work, some also have their own jobs, others have school or are doing internships. Despite all this, they still find time to be very professional and productive for their cause, but also very positive and never too serious, there was always time for having fun, jamming, messing around, but the work gets done. It was very refreshing. 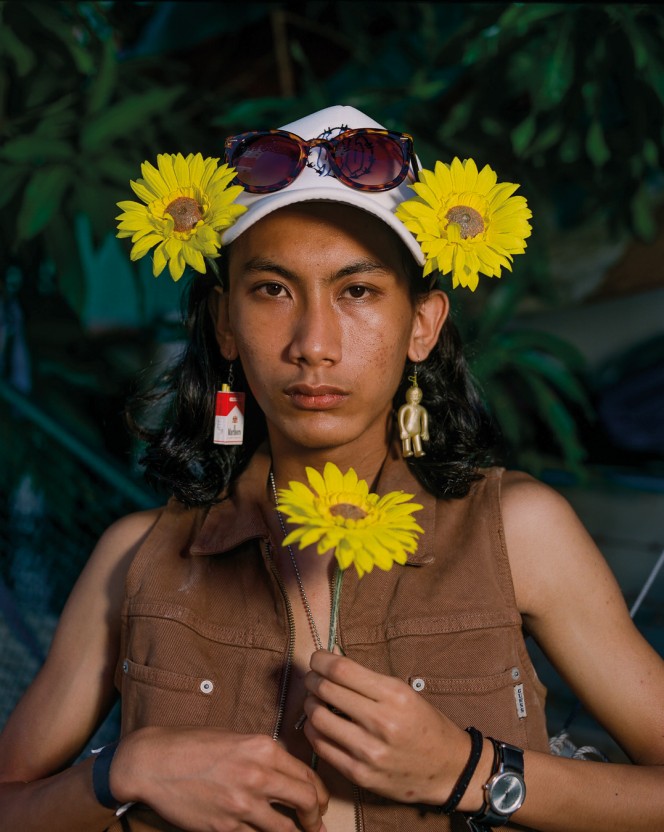 “All of the members have a strong sense of respect for one another: there is no established hierarchy, they see themselves as a collective and act accordingly.”

UM: What do you view as the unifying characteristics of the YIB collective?
ROC: Respect. All of the members have a strong sense of respect for one another: there is no established hierarchy, they see themselves as a collective and act accordingly. It was impressive to see this supremely egalitarian approach to their interaction, both professionally and personally, despite having only spent a short amount of time with them.

UM: How would you sum up their approach to style?
ROC: Refreshing. Style can be such a difficult thing to pinpoint but theirs is very expressive and it stems from their youthful energy, their desire for independence and to challenge the status quo, and their ‘don’t give a fuck what you think of me’ attitude that so many people tend to lose as they grow older. Each member has such a strong individual image, something I noticed on a daily basis. Their attention to detail is fascinating, it reflects their sense of passion and shows how much they care. Collectively, they all convey a shared sense of identity that is instantly recognisable – their individual styles are like pieces of the same jigsaw. Their style is predominantly influenced by music and the genres they are into are far reaching geographically and in time – grunge, punk, electronic, norm-core, pop, rap, and rock to name but a few. What’s really interesting is that the diversity of the music they listen to is also characteristic of their stylistic approach, which is at once experimental, chaotic, and customised. At the same time, the diversity of these genres and YIB’s unique ability to mix elements of the things they love together is evocative of the amalgamation of different and influences that make up Singaporean culture. 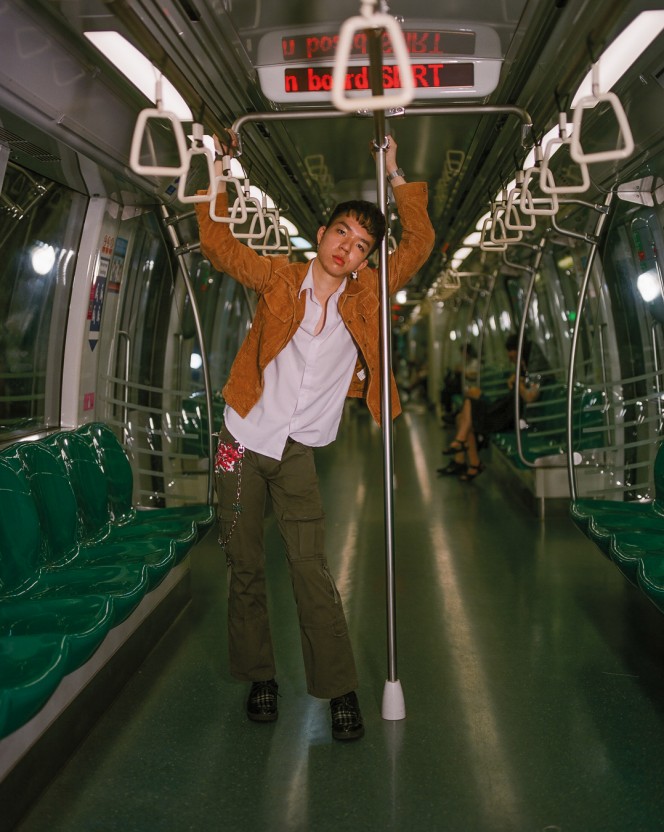