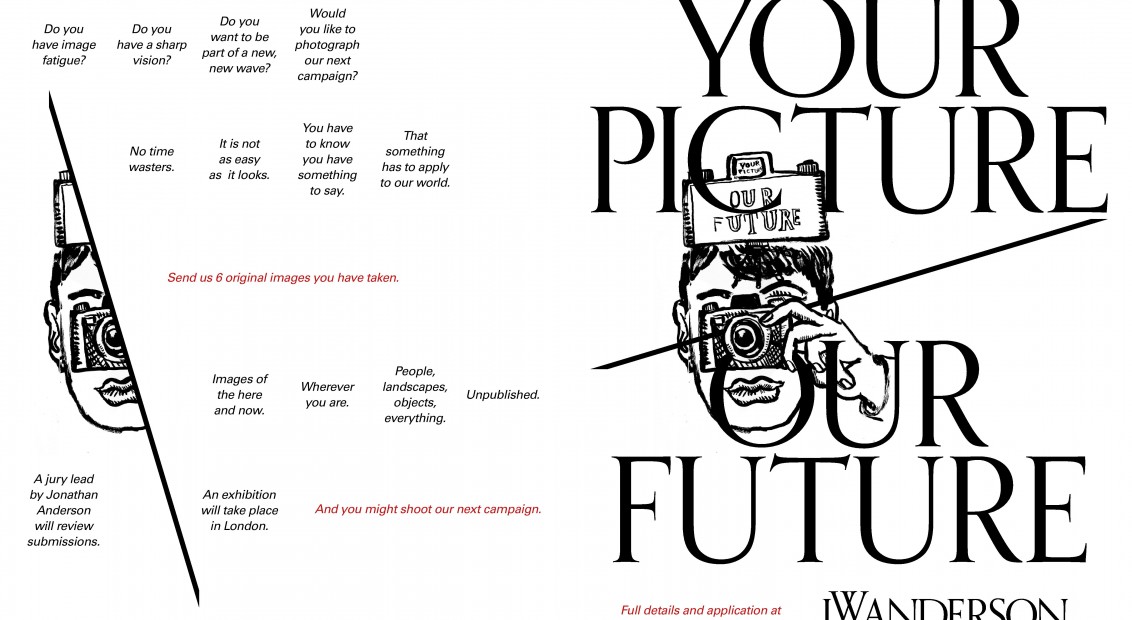 Jonathan Anderson has always championed new talent. Whether it’s via his work with the Loewe craft prize or recruiting emerging creatives for commissions at his JW Anderson Workshop, the UK designer has a keen eye for fresh expertise.

Now comes a unique approach to sourcing the next generation of photographers – a call for nascent talent via the JW Anderson SS18 campaign. Forgoing any kind of fashion imagery promoting the new collection, the campaign instead becomes an advertising space for future image-makers – with the calling card: “Your Future/Our Future. 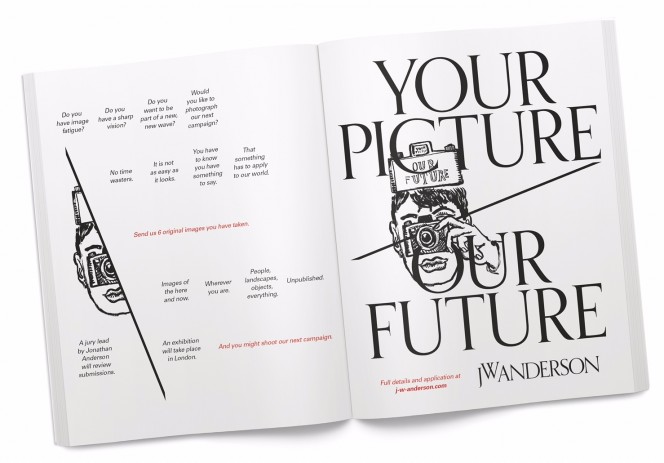 “It was and still is about an original and sharp vision for JW Anderson; by asking for submissions in this way, it really feels like the right way to find new imagery,” says Anderson. “We have taken a chance on image-makers in the past, and we decided to do it in an even bigger way now.

I felt as if we were given a chance,” the designer adds. “We were all young, new and coming through together, particularly when we launched our campaigns; it felt right to give somebody else that opportunity. Fundamentally, it is about talent giving a chance to talent —this is something I really believe in.”

A jury of fashion industry figures, led by Anderson will judge the submissions, while an exhibition of the best ones will go on show in London later this year.

Submit entries here, deadline is 12pm, 12th March and the winner will shoot the FW18 campaign.