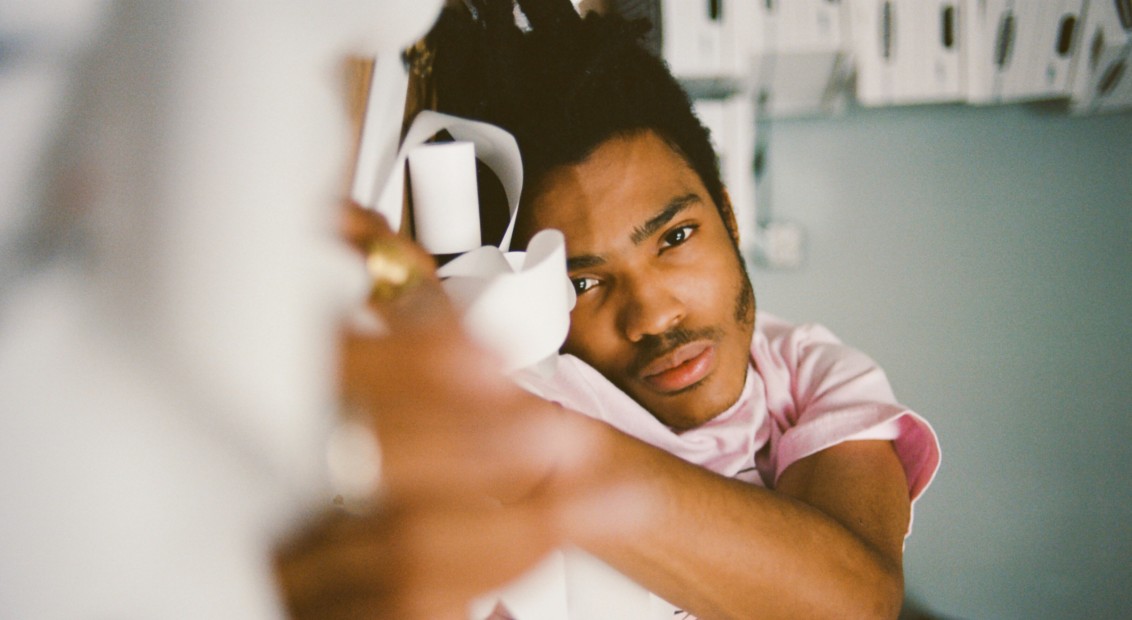 Miami-born New York City resident Joshua Aronson brings Floridian sun to the East Coast, a place where he captures other like-minded artists working in visual arts. Having shot for the likes of Off-White, as well joining Travis Scott on tour, the 23-year-old artist is on the right track.

“I’m interested in using my camera to document young, emerging artists, so that’s my pool,” says the photographer of his subject choices. “It’s my community. But the pictures have to be personal, too, I have to feel a connection to the work they’re producing. I won’t photograph an artist if I’m not resonating with their work.”

Currently, working under Ryan McGinley and realising an upcoming London opening later this spring, here Aronson talks us through his photography series and why artistic communities are so vital in today’s creative climate. 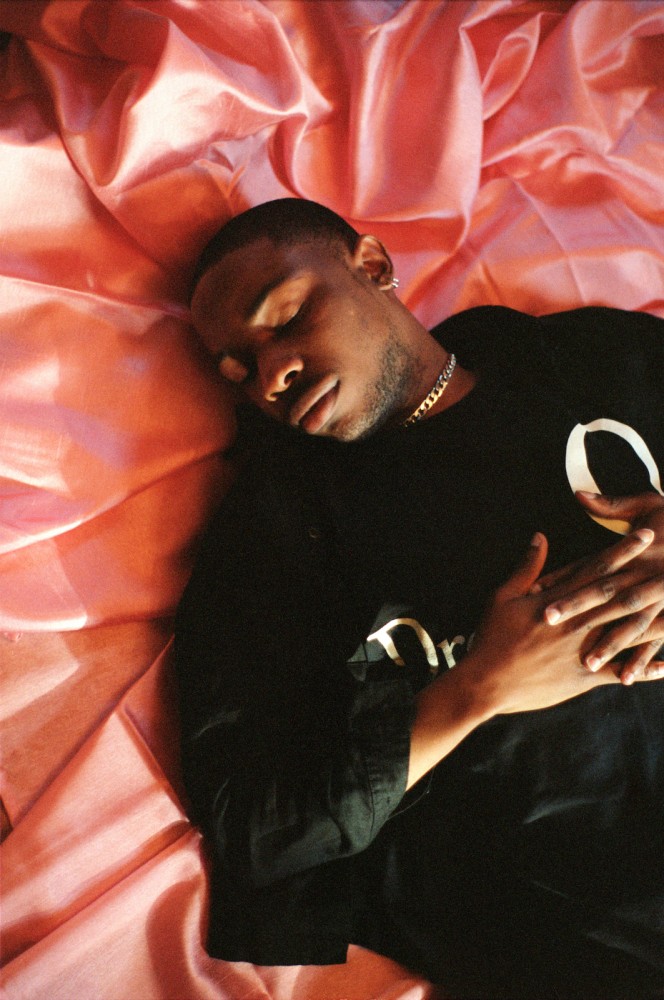 Undine Markus: Where did you grow up and how old were you when you relocated to New York City?
Joshua Aronson: I was born in Toronto, but I grew up in Miami Beach. When we moved I would beg my parents to take me back, I couldn’t stand it. The way there was no snow on the ground and the thickness of the heat. Later, when I moved to New York City, I didn’t feel any of that. I actually hated the snow, I didn’t realise how much better we had it in Miami. But everybody wants what they can’t have.

Undine: How has New York City shaped your work?
Joshua: There are different ways that living in New York has shaped my work but, right now, it’s speed. Life moves quickly in New York, but I prefer to move slowly, to really take my time with things. Living here has taught me that that’s actually okay. It’s okay to take the city as my point of contrast and not rush anything.

Undine: Who was the first photographer, living or dead, whose work resonated with you?
Joshua: The first was Ryan McGinley. Then, Tyrone Lebon, Wolfgang Tillmans, Robert Mapplethorpe, Juergen Teller, Ren Hang, Arnold Newman, Araki, Hiro. There are so many!

Undine: How do you seek out the talent that you photograph?
Joshua: I play with the idea of using photography as a tool and building a community through the camera. Seeking out talent has always gone back to that community. I’m interested in using my camera to document young, emerging artists, so that’s my pool. It’s my community. But the pictures have to be personal, too. I have to feel a connection to the work they’re producing. I won’t photograph an artist if I’m not resonating with their work.

Undine: What do all of the subjects that you shoot have in common?
Joshua: I like to think that what they have in common is a strict relevance to the present. Every artist I photograph is interested in the now, and, for every artist, that has a different meaning but, generally, I like to think that what that means is that every artist I photograph is not confined to a medium. They think across all platforms, they’re tackling issues broadly and they’re being very good multitaskers.

Undine: How did you come up with the idea for your latest series that centres around emerging talent in fashion?
Joshua: I like to create worlds. I want to build fictitious worlds wherein the viewer can live. Young, emerging artists are just the best people to do that with.

Undine: What are some of the themes that you are trying to highlight through the series?
Joshua: As a kid, I would take pictures and not worry about themes. So themes have never been that important to me. I used to hate on that style: the loaded images, the all too serious images, images that take themselves too seriously, because that part of photography was always a joke to me. When I moved to New York I didn’t see any less of that, photographers here are always talking about lofty ideas and grandiose concepts, anything to sound like they’re better than the next. There are no photographers here just shooting the images they see, so I said, “Let me shoot what I know,” or attempt to do it, or to play with the people around me and see what happens. In hindsight, yes, there are themes, but I really don’t make pictures to highlight them. I make pictures to make good pictures. 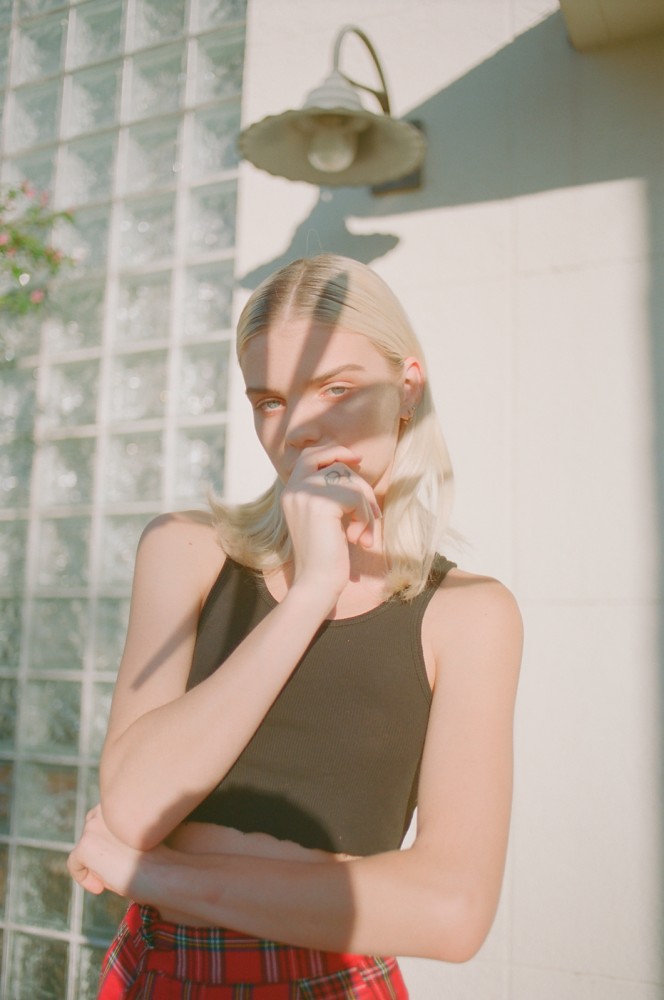 Undine: Tell us more about the project you did with Blood Orange.
Joshua: We’re all lucky to be alive at the same time as Dev Hynes – first of all. The way he’s championing new forms of masculinity. His sound. His samples. Blood Orange is his band, and the project is Hadron Collider, a collaborative single by Dev and Nelly Furtado. It was released as a cassette at the Apollo Theatre in Harlem. I photographed the cover, which we shot very quickly, with Dev and Nelly, at a museum in Miami. I love Dev. I feel fortunate to have helped him tell his story. 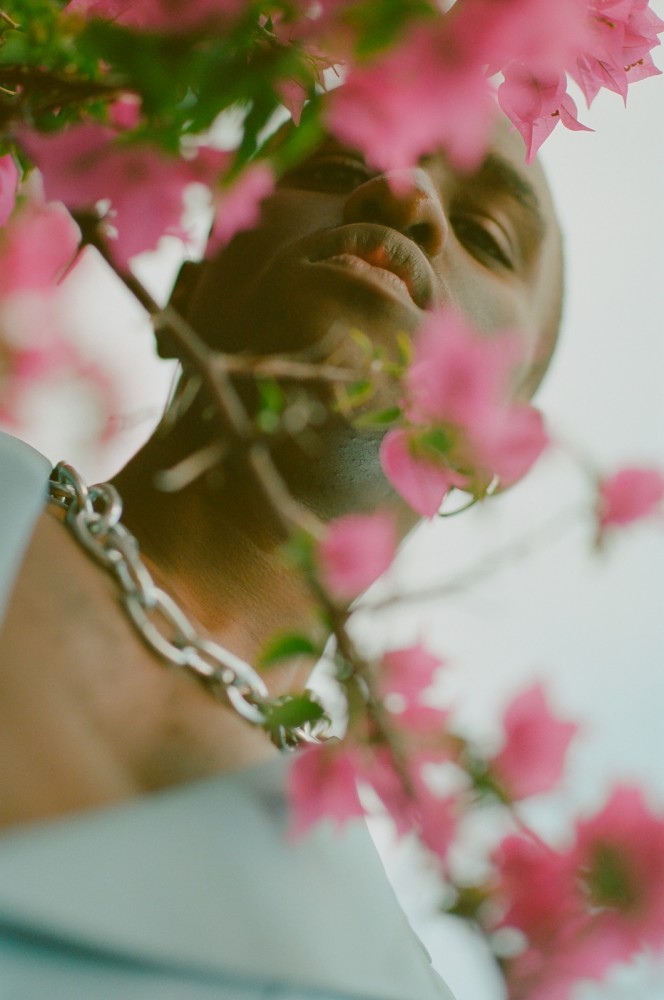 Undine: What do you view as the key components that make your work stand out?
Joshua: Well, I don’t know what my work is. I have to wait to hear about it from someone else. All I know is that my work is what I like. Sometimes, I like what other people don’t like. I like to find beauty in things that people don’t find beauty within. I’ll photograph something just to use it against other things, to prove a point in a way. It’s not always beautiful and I’m immediately drawn to that “it” because that not so pretty “it” is always interesting, and, more importantly, challenging.

Undine: Do you dabble in any other mediums?
Joshua: I’m a music video fanatic.

Undine: The best ideas come to you when…
Joshua: Great conversation can be a good place for the best ideas.