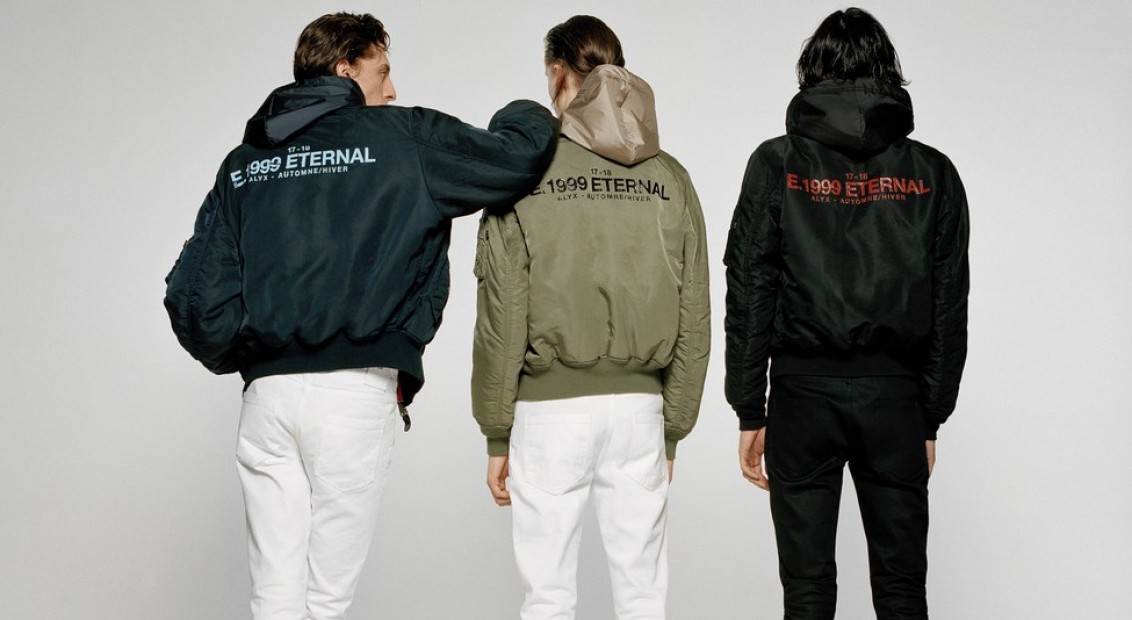 Matthew Williams, founder and designer of ALYX, is a master of multiple trades; fashion, creative direction and branding. Dropping out of college after the first semester in order to move to New York, Williams went on to work with the likes of Lady Gaga and Kanye West. While the gig with Gaga included crafting stage costumes during her zeitgeist era, the escapade with Kanye turned into an eight-year period spent globetrotting and assisting the musician with live shows, branding, as well as overall art direction.

After a whirlwind decade spent in-and-out of New York, Williams and his immediate family packed their bags and moved to Italy in order to be able to have direct conversations with the factories on a daily basis. A rather pioneering move for an American fashion label, but Matthew’s experience and intentions stretch globally.

Now in its third year, his home-grown womenswear and, more recently, menswear brand, ALYX (named after his daughter), hangs on the racks of some of the most exclusive concept stores across the globe – hand-selected by Williams, the designer sees these stores as “partners”, helping to convey his message. Yet, the brand has grown without the aid of fashion shows or expensive ad campaigns, relying purely on buzz and word-of-mouth.

As for the clothes? It all stems from a strong focus on premium quality and universal silhouettes with a twist, whether through hardware elements or graphic print. Think 90s LA subcultural tropes brushing up against Americana and militia details with some underground Berlin fetish influences thrown into the mix and you’ll be on the right track.

Here, the designer gives us an update on his brand’s current trajectory – particularly with regard to the newly-formed menswear line. 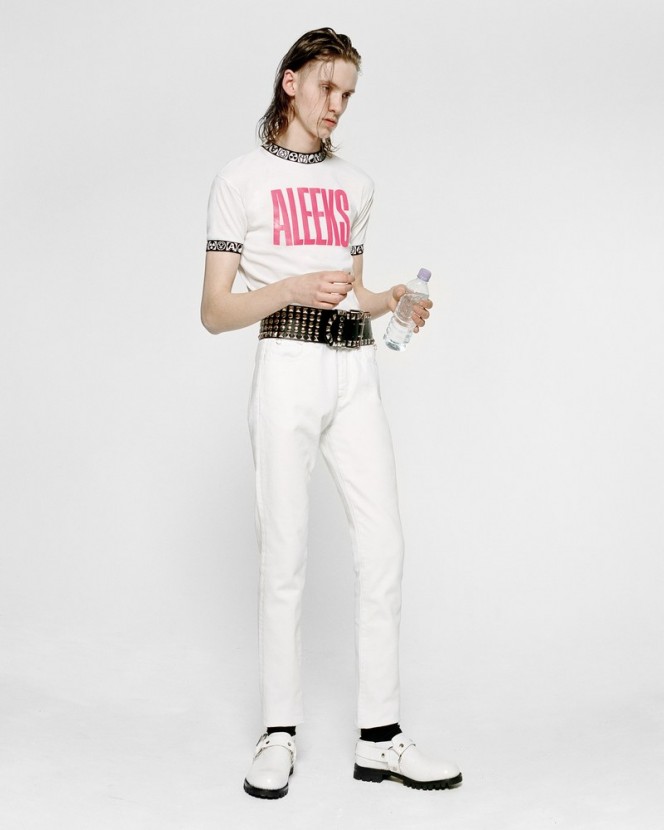 Undine: So you’ve just launched a new menswear line, was that always the plan?
Matthew Williams: Absolutely. Time and resources are two things that are always working against you but finally I had the time and resources to launch it, so we did.

Undine: Why did you choose to start out with womenswear as opposed to menswear?
Matthew: I kind of began my career in fashion in denim and after a few years in I started working with womenswear. Up to when I was twenty-five, I just did womenswear. Then, twenty-five to thirty was more menswear and one-off pieces for womenswear, I got well-known in the menswear community and I wanted to take it back to where I began and show that I have a deep love and passion for womenswear. And also, I knew that if I did the men’s right away, it could overshadow the women’s stuff. I wanted to give womenswear just time to breathe and live, build support within the industry. It is our first season of men’s, but, you know, the number of accounts and orders that we got in the first season as opposed to the first women’s collection… it took us three years to get to that place with women’s. I think it was a good decision.

Undine: I’ve heard that you grew up in Venice Beach? How has that informed your first menswear collection, if at all?
Matthew: I grew up in Pismo Beach, but then lived in Venice Beach for a few years. It has a similar vibe. It’s three hours north of LA. It’s a little bit tougher in a sense that it’s more blue collar. It’s like being from Blackpool, you know? It’s a cold beach town and a tourist destination. It’s the last place where you can see the ocean around there. My whole life, I was going between LA and San Francisco. There was like this whole micro scene around there in the 90s that really just existed in California. It was not exported to the rest of the world; music, fashion, board sports. 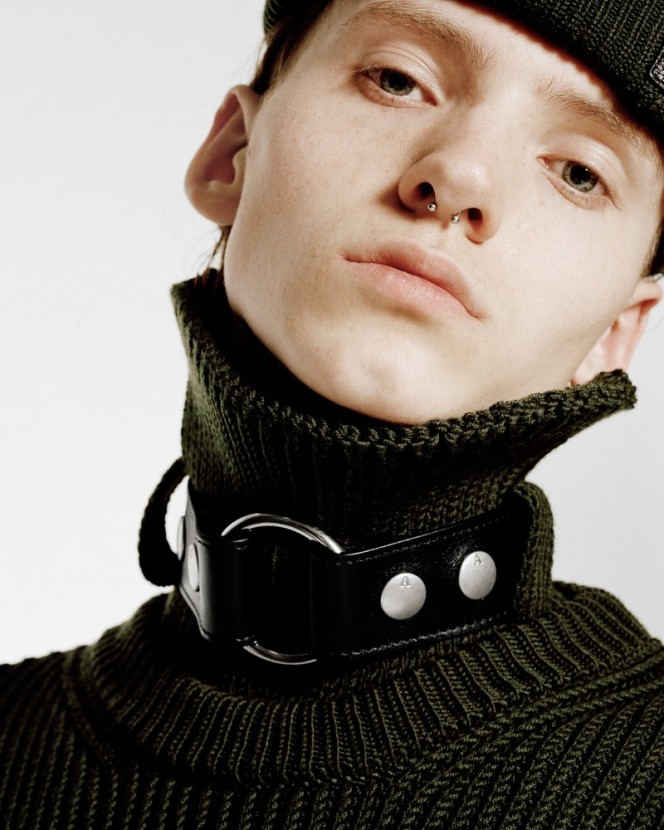 Undine: From the communities that you were hanging out with back then, were there any particular artists that you looked up to?
Matthew: Well, I’m not really a nostalgic person, so I don’t look backwards and pull exact references. Are you familiar with John McCracken?

Undine: I don’t think so.
Matthew: You should check it out. He is defined by other people as a minimalist sculptor. He has spent his whole life making these polished planks of wood and a lot of them are just black planks. Those sculptures, to him, are communications from aliens putting shapes inside of his brain. They’re psychedelic experiences that have all kinds of textures and the premise of it is much more colourful and vibrant than the planks. So it’s kind of the same for me in the fact that there could be inspiration from just living in the place that I grew up, but it manifests in ways that aren’t precise references.

Undine: And why did you choose to relocate your studio from New York to Italy?
Matthew: We work with twelve different factories now. It was really just about being able to focus on the quality and craftsmanship of the collection, developing it with the factories. I have three kids and a wife and I just wanted to be able to go to work and come home, and be with them every day, rather than be on planes. It was also a nice opportunity for my kids to learn another language, I think that could be useful in their lives. In this day and age, in the job that we do, it really is just about having a place to put your suitcase down. Home is where your immediate family is, wherever you’re at.

Undine: Do you find it very important to reference your personal life and experiences in your designs?
Matthew: For me, it’s just something that I found as an honest place of inspiration. It manifests a creation that’s more authentic. A lot of my favourite artists in fashion, art, music, the more personal their coded projection… there are so many clothes in the world, right? What’s the purpose of me making more clothes? People don’t really need more clothes. I’m not making clothes to simply keep bodies warm. The purpose of my clothes being made is the story I’m telling. It’s a good place to pull from, my life, my personal experiences that allow for stories to be told, they are hidden in the work. 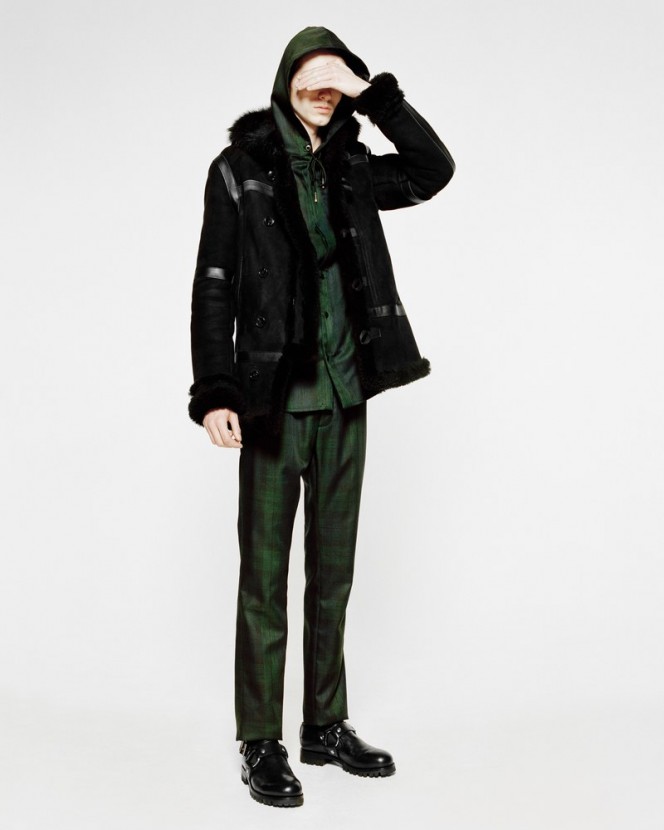 Undine: What’s your plan for the coming year? Particularly for the menswear line?
Matthew: To take the brand out of some stores because I just want it to be in stores that are partners of ours, that want to work with us to convey our message. Also to make the products even better and give the value back to the customer even more. I want to spend time working out how we can give even more to our customer, like experiences for them. What I think is so great about today, as a brand, we have the ability to speak directly with our supporters, we don’t have to speak through the press. I’d like the stores to be an extension of an unfiltered voice of the brand, being active participants.