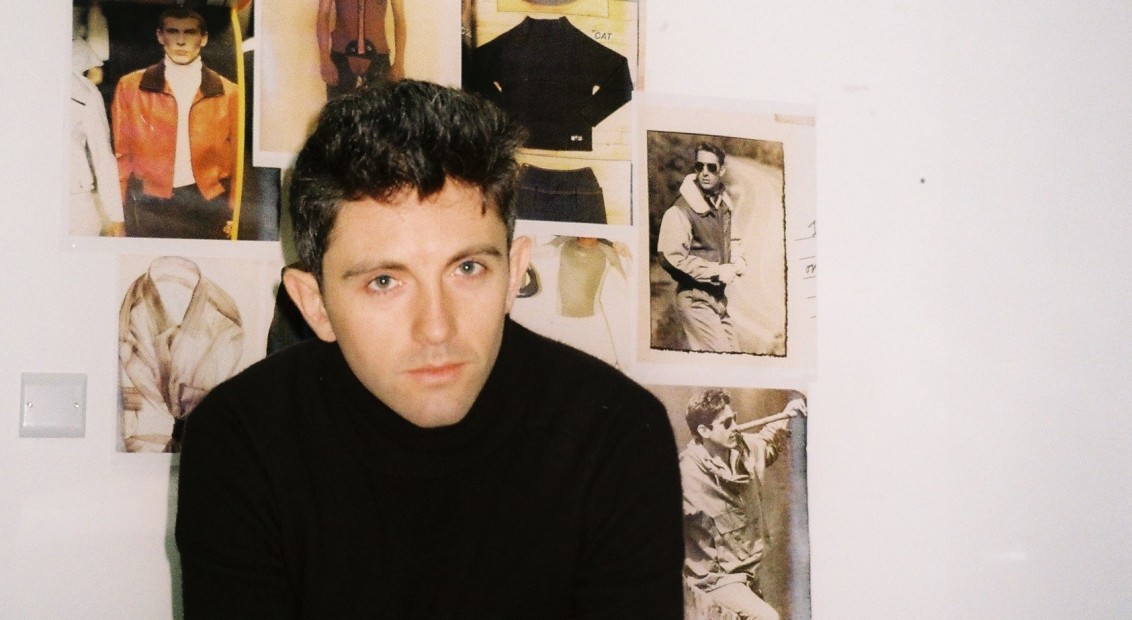 Studio Visits: Daniel w. Fletcher takes us on a tour of his Hackney design studio

Creativity is the most personal thing. It comes from an individual state of mind, with each person’s output tied to their own memories, experiences and thoughts. As such, a young creative’s studio is often an extension of their work; spaces where they are free to explore, imagine and create stuff that defines, and is defined by them.

In our series, Studio Visits, we document these spaces via interviews and photographs offering a digital journey into their worlds, capturing their favourite foods, fabrics, and latest playlist additions without a filter. Think of this as an open invitation to come along.

Northerner Daniel w. Fletcher joined the British fashion circuit circa 2015. In just over two years, the Central Saint Martins graduate has successfully established a name for himself while also working for the likes of Louis Vuitton and Lanvin.

His graduate collection, in a major vote of confidence, got picked up by Opening Ceremony – the US store founded by Humberto Leon and Carol Lim – and soon after ran a collaborative capsule collection with Fletcher (we don’t mean to make you sob, but it was back in those marvellous days when we had our very own OC in London).

These days Daniel’s eponymous brand has become a double-circle name on the London fashion schedule –  defined by slim cuts, sports nuances, striped Oxford shirts, British tropes and a toned-down colour palette. But while the tones remain neutral, the messages behind the clothing are anything but.

In post-Brexit Britain, it is not surprising that Daniel weaves his political views into his work –using it as a driving force for social critique. His previous collections have served as defiant stances on the current political climate, particularly in the UK and issues such as Brexit (think back to his impromptu protest during the SS17 season) and the privatisation of the NHS. It is the desire to raise social awareness paired with an eye for timeless and laid-back luxury that earned the designer an LVMH nomination earlier this year.

On a Tuesday morning, we caught Daniel at his Hackney studio as he was putting the finishing touches on his latest collection. Although we did ask him to take us through his plans for the upcoming season, most importantly, we wanted to pick up at least a few life hacks. After all, Mr Fletcher has successfully managed to work seven days a week for the past seven years. 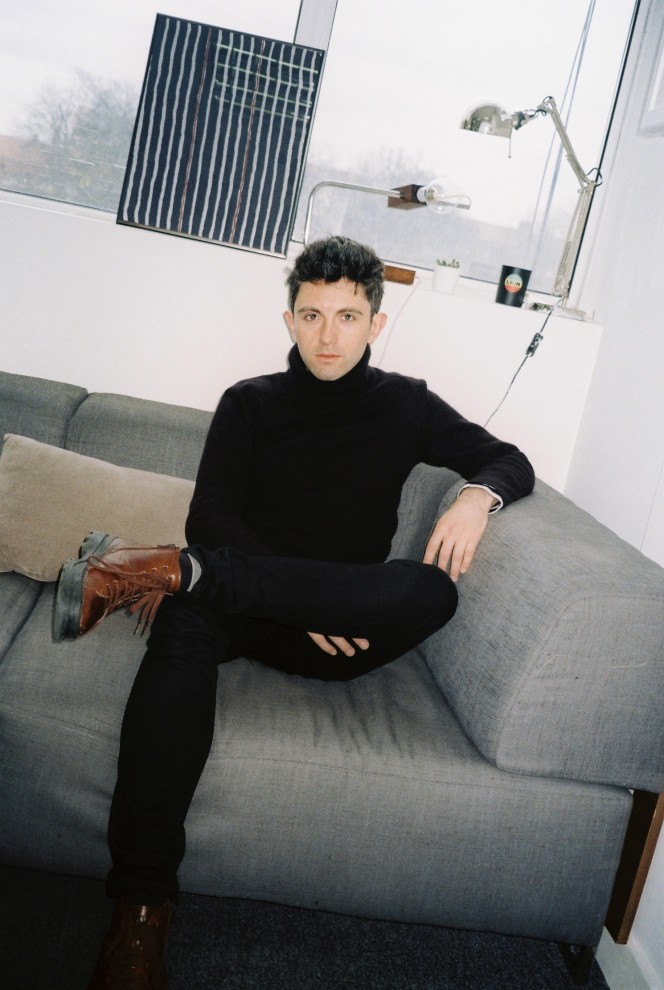 Undine Markus: Let’s start out with the space. Who are the other people you’re sharing it with?
Daniel W.Fletcher: I share it with Elliss, we went to university together and both interned at Lanvin on our placement year, although we’ve never actually worked together because what we do is really different. Elliss does jersey and its womenswear, it’s an underwear brand which has a different business model. It works that we share the space because there is no overlap, also our schedules are very different; I show in January and June, but Elliss kind of releases lookbooks around the womenswear schedule. I used to have my own studio in Forest Hill, where I had my own space, but I felt like I needed to be with other people because it can be quite isolating when you’re spending so much time on your own. To actually have someone around to just bounce ideas with or take ten minutes out of your day to just have a cup of tea… it makes doing this so much easier.

Undine: What were your main criteria when assessing the space?
Daniel: Accessibility is important. Where my old studio was, I remember we were doing a casting for a film and we needed eight models for it. We only got twelve models in for a call because no one wanted to come to Forest Hill, it was too far out [laughs]. Last season we did our casting here – and I do my casting with another designer – and we saw 390 in one day, it was insane. When I found this building I told my manufacturer about it, they were in the Docklands and were also looking for a space so now they’re in the basement, so my manufacturer is literary in the same building as me, which is perfect. Literary everything happens here and I’ve got a low carbon footprint. And we’re just next to London Fields and Broadway Market, which means that there’s lots of great Vietnamese food around and great coffee at E5. 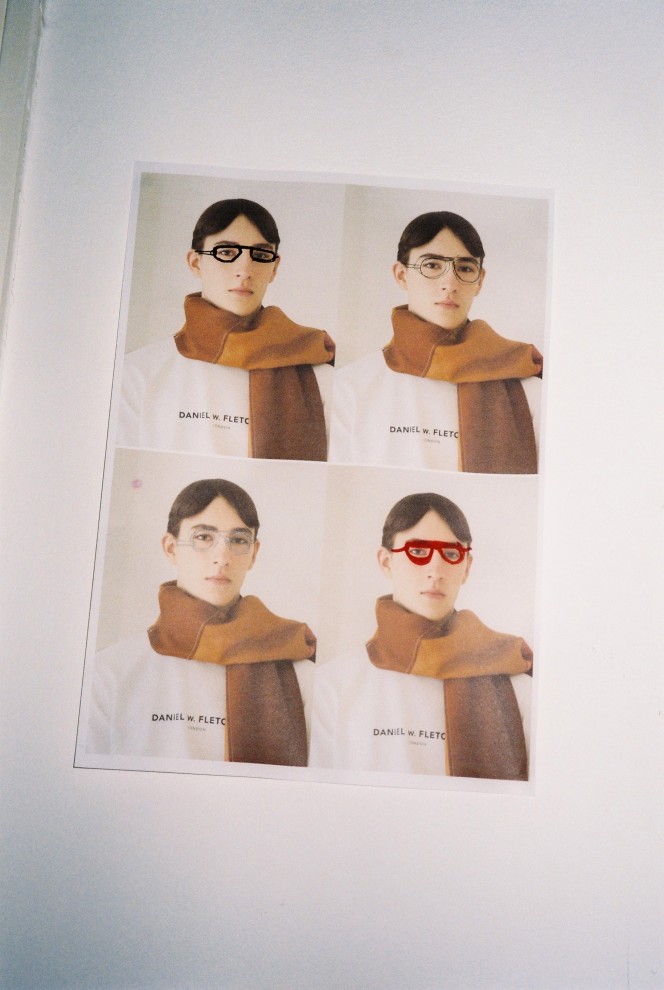 Undine: It feels kind of quiet in here, do you guys normally listen to music?
Daniel: It feels very quiet today. I normally just put the radio on. I have this thing where I hate music coming out of my laptop when I’m working on it. I hate to have to think about it as well. If it’s the radio, you may hear something that you weren’t expecting to hear, so that’s quite fun. It sets the mood for you without having to think about what the mood is.

Undine: What radio station do you listen to?
Daniel: I hate them all, that’s the truth [laughs]. I end up listening to some really tragic stations, like Magic.

Undine: How many people do you have working in the space right now?
Daniel: I have Carolina, she’s my right-hand in terms of the collection side of things. She’s doing patterns, samples, getting the collection together. Everything else is kind of outsourced, I work with a factory to do everything, basically. They do the samples, they do production… I still make things here, but when you’re then presenting it to a buyer, they want to see how it’s going to be when it’s in the store. Now, I try just to work directly with the factories, so that we can get the samples to the standard that they should be. It’s slightly more expensive, but if you think about it, from a time perspective, my time is more valuable.

Undine: So you mostly use the studio for research?
Daniel: And development. In the next few weeks, there will be a lot of sewing going on. And I also have interns here. It’s nice to have different people coming in and out, there’s always stuff to do. 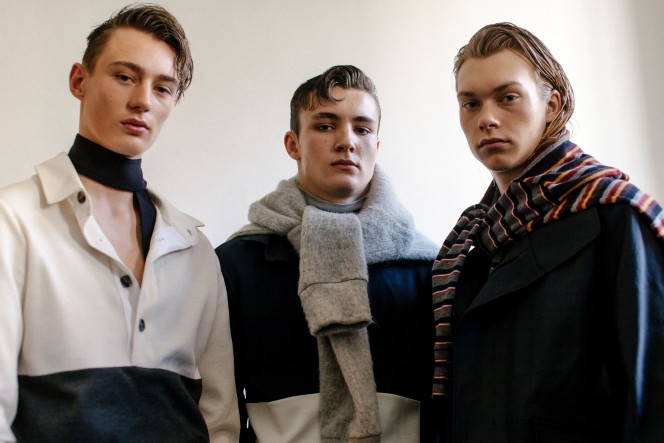 Undine: You’ve recently come back from Japan…
Daniel:Yeah,  I went there to see the stores and meet the buyers. I just wanted to gain more of an understanding of how the brand was perceived over there. It’s one of our biggest markets. It’s in Hong Kong and Mainland China as well. I think I have to back to America again too, it really helps to meet the people at the store in terms of them understanding the brand. I also just want to increase people’s knowledge about what I’m doing.