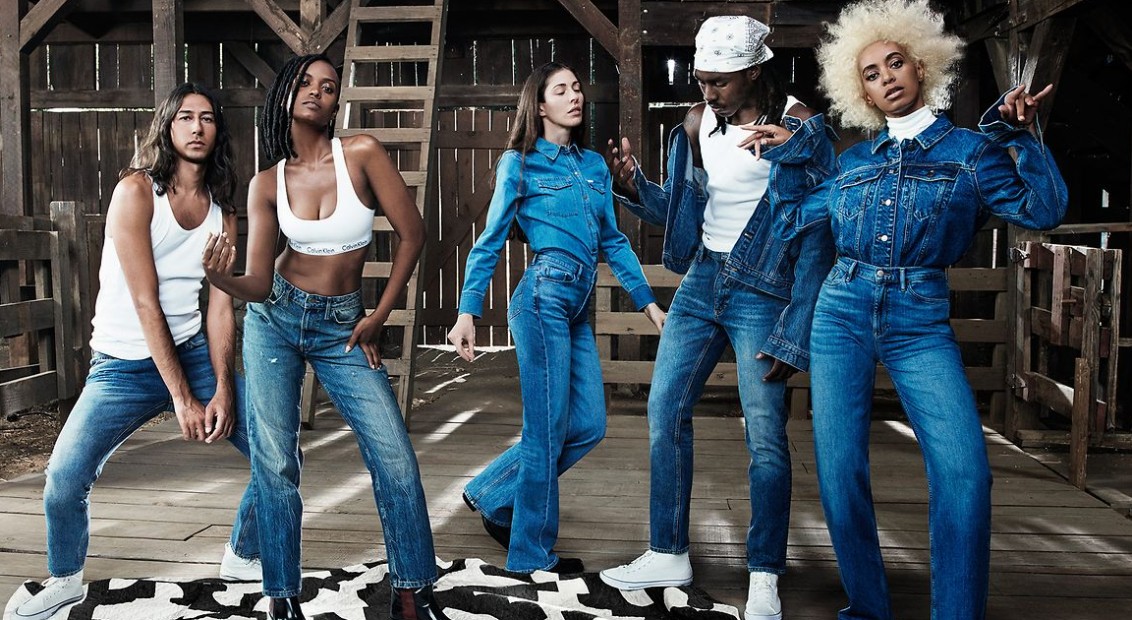 Jason Sondock and Simon Davis met on a late-night film set six years ago while studying at NYU Tisch School of the Arts. It took the pair around three years and dozens of fashion and music projects to establish themselves as Rubberband.

Despite being relatively new on the scene, the duo have already directed projects for Raf Simons‘ latest Calvin Klein campaign (seen in the video below), Alexander Wang and Under Armour, whilst also developing short-form fiction projects and music videos for their close friend Topaz Jones.

On a conceptual level, each of their videos is remarkably different, yet what ties it together, and has long been Rubberband’s signature, is their ability to fuel strong emotion within a bat of an eye.

Simon and Jason are invested in their projects from start to finish, often editing and shooting it themselves. A large emphasis is placed on the technicality, a distinctive depth of field is envisioned, a custom set is built, and the most fitting – and sometimes archaic – camera equipment is sourced for each and every shoot in order to convey a cohesive and emotive narrative that has a lasting effect on its viewer.

Undine: First up, how did you get into making music videos?
Jason: We met at NYU and did music videos for a while. I don’t think either one of us went to class much.

Undine: What did you study?
Jason: We both were at Tisch, studied film and minored in English. Looking back, I don’t know if college was the right choice. We live in a completely different world today, where going to college is this incredibly expensive arduous task that is, especially in creative fields, totally unnecessary. The amount of life experience you could have bought for that. Werner Herzog has this whole idea how the best way to make a film, the best way to become a filmmaker, is to walk across Europe. The only way to ever make films is to have life experience that impregnates all these ideas that you have. Without these experiences, you end up having an empty lens that you look at life through.
Simon: For some people it makes sense, for others it doesn’t. Teaching art is so difficult. Particularly film. You learn by doing. It’s so accessible now, you can pretty much YouTube any question you have and get your hands on gear really inexpensively. There should be a good justification as to why you’ll invest x amount of dollars into learning skills that you could teach yourself for free.
Jason: I learnt by taking risks and fucking things up so badly.
Simon: Exactly, you just learn by doing it.
Jason: I learnt so much more by doing that than I did at school, for any reason, at least about making films. Like, getting my heart broken, getting beaten up, the things you need to do to be a full-rounded person. That’s told me more about what a story is and what a film is.

calvin klein | our music. #mycalvins | solange from rubberband. on Vimeo.

Undine: Are you both from New York, or was NYU the reason why you moved here?
Jason: I’m from the city.
Simon: I grew up in New Jersey. I lived in Italy when I was really young.

Undine: I am curious about the process that you go through when picking the projects that you work on. Is there a particular way you approach that?
Simon: It really varies. I don’t think it’d be an exaggeration to say that every single job that we’ve done has come about in a slightly different way. Some of the music videos we’ve done, we’ve just been friends with the artist or their manager or their label. I think for music videos particularly, we try to understand the artist’s world, then completely forget that and look for what we think is the most interesting idea relative to the song. We marry our sensibility with what we feel has a genuine connection to the artist. In terms of coming up with ideas, you know, it’s pretty simple. We just go back and forth and toss some ideas around until something clicks.

Undine: Can you tell us more about the project with LCD Soundsystem?
Jason: Yeah, sure. The LCD project was a lot of fun. Over a two or three week process we went-back-and forth and came up with this idea of making these eighties era set of videos for them. James [from LCD Soundsystem] was really inspired by these old K-tel commercials, they were these compilation albums in the mid-2000s. It used to be every year, now it’s every two months, they’d come up with this compilation called Now That’s What I Call Music 1, Now That’s….96, Now That’s…98.
Simon: So before that, was this thing called K-tel. The ads were literary records spinning with a voice-over shouting at you. We kind of wanted to use those as a jumping off point. The band is really into analogue processes and doing things that are dated but with a modern take.
Jason: We just thought we’re gonna do this quirky thing.
Simon: And then we had the idea to build a Rube Goldberg machine made out of stereo equipment. I drew up a very crude drawing of what the machine would do and what the components would be, and then we spent about…

Undine: Did you build it yourselves?
Jason: Yeah, I designed it and we had a very amazing art director, Natalie Hoffman. She kind of sat with us in a warehouse for a couple of days, we drove around all of Eastern Pennsylvania, New Jersey, New York, and upstate to make this thing work. We also had to source a camera. Before it went digital, you had these things called tube cameras, it was sort of like an intermediary between film and digital in the eighties. We sourced one of them and basically applied a converter to make the thing work.
Simon: To be clear, these cameras are obsolete.
Jason: They don’t work unless you make them work. It was a terrible…
Simon: And amazing…
Jason: Process to get a very specific pretty terrible quality image.

Undine: And what’s been your most memorable project of 2017?
Jason: Maybe the Calvin thing…
Simon: Yeah.
Jason: Calvin was a lot of fun.
Simon: We tend to meticulously map out our ideas. When we have an idea, we’ll then go on to pre-visualise it pretty thoroughly. Take the Painting video, we made the video in our heads five times before we showed up on set.
Jason: We measured that set, designed it in three dimensions, had a conversation with the crane operator, Simon basically mapped out every second of the video, I prepared the short list, the angle of the camera. On the day, we just had to show up and do the actual thing.
Simon: And on Calvin, for example, it was somewhat high pressure, you know, doing it with high profile talent in a short window of time. It was a fun opportunity to challenge ourselves and do something more intuitive.
Jason: Also, being given some creative freedom, especially with the kind of talent and the scale of the project. 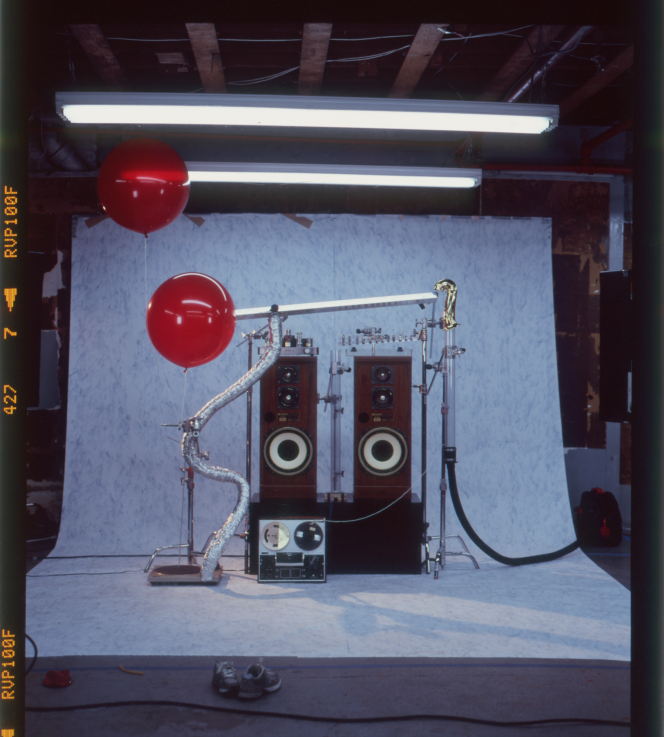 Undine: Moving forward, are you looking to do more fashion projects?
Jason: Fashion is awesome and often very forward-thinking, but it can also be very insular, aesthetically-driven. We want to be able to take our viewpoint and apply it to anything. We will do car commercials as long as we can find the most creative way to do it on an emotional level, on a narrative level. At the end of the day, we’re filmmakers. We’re super interested in finding emotions. Our most important thing is, if we want to be filmmakers, how are we advancing that, how are we letting something connect with someone that’s watching us.
Simon: Any opportunity to impart feeling we’re interested in.
Jason: Even if that means scaring the crap out of them, showing them something weird and beautiful. I’ll say this, I think today, and we’ve been talking about this a lot, in this world, feeling stuff is like weirdly put in the corner. I don’t really know why, but somewhere along the line feeling something became uncool. There are lots of ways to make people feel genuine emotions that have nothing to do with that. Right now, that’s at the forefront of our creative everything.