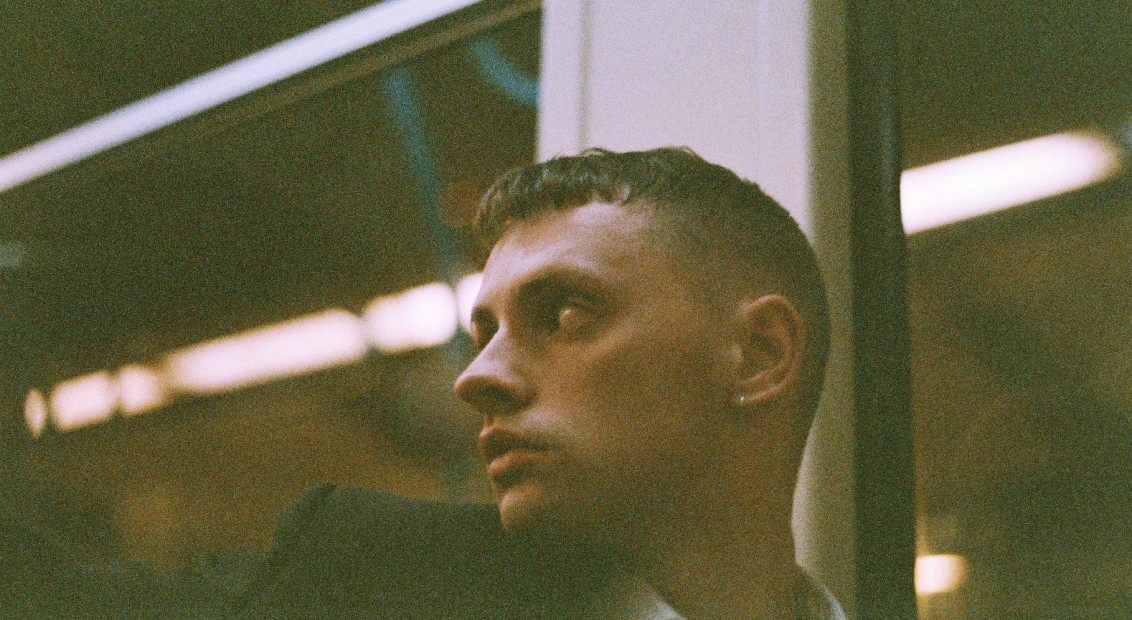 Jacob Allen, better known as Puma Blue, should be the newest addition to your fall playlist.

Having dropped an undeniably strong and well-received debut EP Swum Baby back in June, the Goldsmith alumni is not planning on resting on his laurels. Early next year, the artist will be launching another project, more robust and honest than his previous five-track release.

Taking inspiration from the films of David Lynch and Cantonese legend of a director Wong Kar-wai, Puma’s songs can be regarded as mood pieces, carrying a very particular atmosphere. Driving his sonic output, these reference points also filter through the beatsmith’s iconography, one laden with reds, blues and monochromes as photographs are mixed with drawings and elements of writing to create collages that extend Jacob’s work into the visual realm.

Before Puma tucks himself away to finalise his next tape, we caught him to hear what his journey has been like thus far.

Undine Markus: When did you officially form Puma Blue and how did the name come about?
Puma Blue: I was just using my own name before and I felt like it was dull and I wanted to make a separation, a character. I think I started using the moniker about two years ago. Puma Blue was my tribute to the reject-superhero names the old blues guys had, like Leadbelly, Muddy Waters and Howlin Wolf. I pictured this old wildcat in a tatty suit propping himself up at a smoky bar, feeling blue. Like something from a late night 40s cartoon.

Undine: There’s a creative energy that feels raw and honest that spans through your work. How have you managed to maintain that aspect, both sonically and aesthetically, as you’ve gone on to play bigger shows?
Puma: Thank you. I think it would be strange for me to go about music any other way. I’ve always had a deep love for raw music and feeling, and honestly is the only way I know how to write. I think one trap I have to be careful of not falling into is trying to make music I think people want to hear from me. I want to keep making the music I want to make and keep surprising people.

Undine: Sampling or live production?
Puma: Both. It depends on the tune and what it needs, but I’ve got some stuff coming out next year which has both. I love the blend.

“I pictured this old wildcat in a tatty suit propping himself up at a smoky bar, feeling blue. Like something from a late night 40s cartoon.” 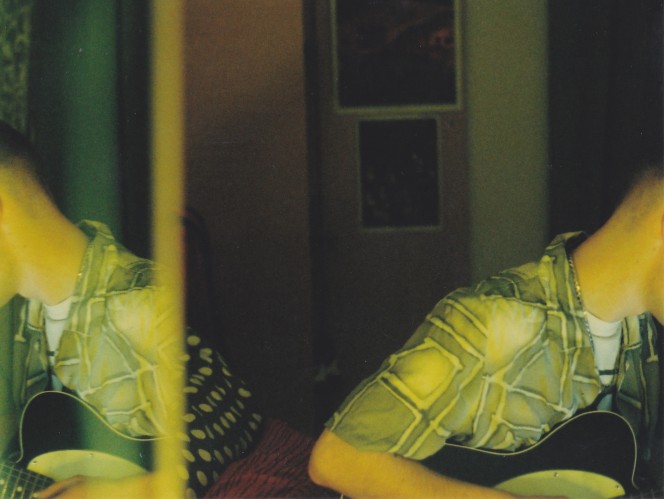 Undine: What are some of your studio essentials when it comes to gear? I hear you are a fan of all things analogue.
Puma: I’ve got a couple pedals I like to use on everything when I do guitar. Other than that, I’m just happy to experiment. I never make anything the same way twice. I was in the studio recently, which was a change from doing everything from home, and we were messing around with all these vintage tape delay boxes and putting parts of the track through a real spring reverb. That was cool.

Undine: Do you mix and master your tracks yourself?
Puma: Sometimes. I’m not very good with the technical side of producing, but I trust my ear.

Undine: Your artworks are inspired by Cantonese filmmaker Wong Kar-wai, the dim lighting, cramped spaces, high angles, grain and smoke.
Puma: He’s not the only influence, but he’s an important one. I fell in love with his work around the time I started calling myself Puma Blue. I just feel like those colours and textures are what I see in my head when I’m producing my music. It’s a mood. I do most of the artwork, but I get help sometimes. The EP artwork was the work of an incredible photographer from Japan named Kohei Yoshiyuki.

Undine: Your music reflects that cinematic quality.
Puma: I’ve always loved music that takes you on a journey, and I see things when I listen to music. Growing up on Hendrix, Jeff Buckley, Radiohead – you can’t not see things in your mind when you hear their sounds. I’ve always wanted to give people that experience. Being surrounded by so many amazing visual artists in London just gives you constant inspiration. There’s always something to look at that can make you feel something.

Undine: What’s the best gig you saw in 2017?
Puma: Could’ve been my friends, Mantis Opera, playing this low key set at The Shacklewell Arms. Blew my mind.

Undine: Tell us more about your somewhat recent trip to Montreal’s Jazz Festival.
Puma: It was mad yeah. Whacky. It was so humid the whole time. It was cool though. I brought a couple of the guys over and we did a stripped back set with an MPC, and we got given these long 90 minute sets with an interval, for two nights. I’ve never done anything like it, and the audience was more into it than I was expecting. We had to learn loads of covers to fill the time though. 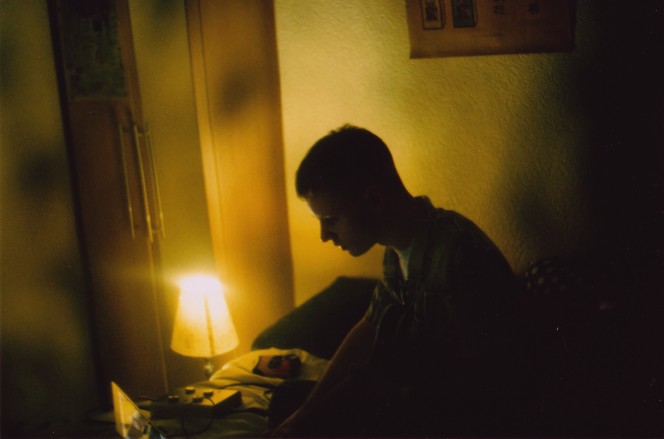 Undine: There’s been a lot of talk about the so called ‘new wave’ of jazz south of the river, bringing up the recent success of the likes of James Tillman, Oscar Jerome, Blue Lab Beats, Ezra Collective, Moses Boyd, the list goes on… Do you feel as if it is something that has always been around and has merely become more prominent within the past year?
Puma: Sure. I came up from around Croydon in 2013, I think, and the first thing I learnt when I got involved with the music scene was that it had been happening for a long time already. I don’t know why but at some point it just got hyped and everyone wanted to talk about it and attach all these buzzwords. There’s a lot of great music from south that isn’t jazz as well.

Undine: And your name is usually one of the first to come up when the topic of ‘South London scene’ is brought up, do you feel that there is enough attention directed towards artists as individuals rather than a ‘scene’?
Puma: That’s strange to me. I still feel like there are so many overlooked artists I look up to that deserve that credit before I do. It would be cool if artists didn’t get pigeonholed just because they’re from South East London, everyone’s music is different. Everyone has a different process.

Undine: Tell us more about your plans with regard to your forthcoming EP?
Puma: I’ve got a title. I’ve got most of the songs. It’s a lot more honest I think. The lyrics romanticise my feelings and memories less and are more just poems about how things are straight up, right now. I can’t tell you when to expect it. But you can expect something by early new year.

Follow Puma Blue and be the first to hear his next release here.