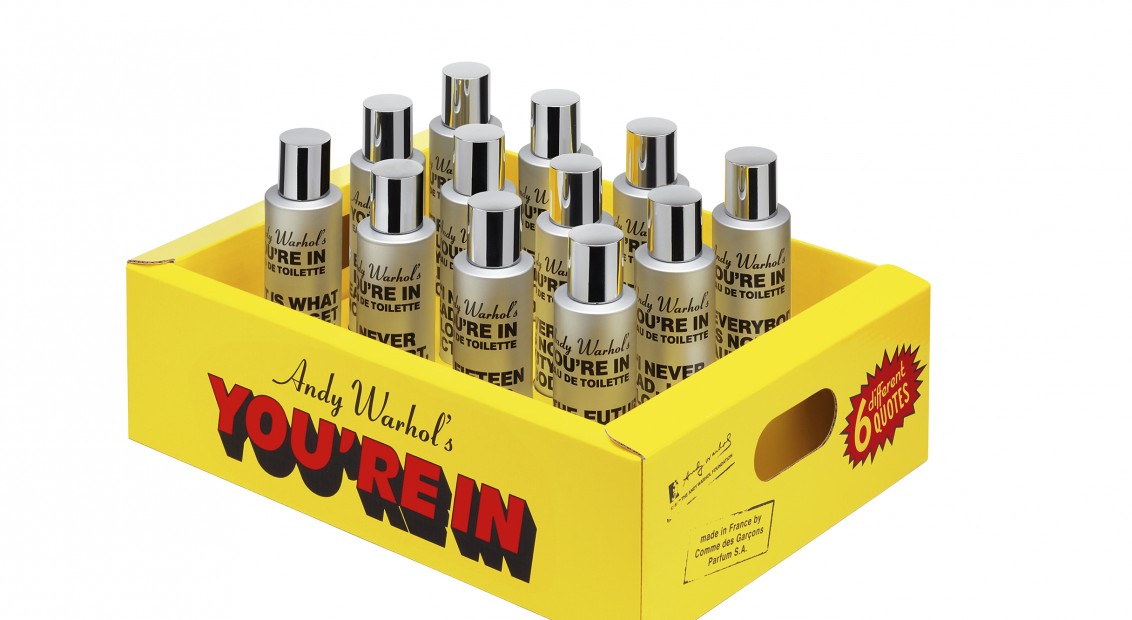 Created by the NY artist in 1967, the work consisted of 24 Coke bottles spray painted silver and advertised as containing toilet water. In actuality they contained a fragrance called Silver Lining. The product triggered a cease and desist letter from Coca-Cola resulting in the project being abandoned.

Now, Comme des Garçons has reproduced those infamous bottles for its latest fragrance release, Andy Warhol’s You’re In. Scrapping the original – and infamous – Coca-cola packaging, the new release comes housed within a silver lined, bright red and yellow package with bold graphics inspired by vintage Warhol film posters created under the direction of Ronnie Cooke Newhouse of House and Holme. 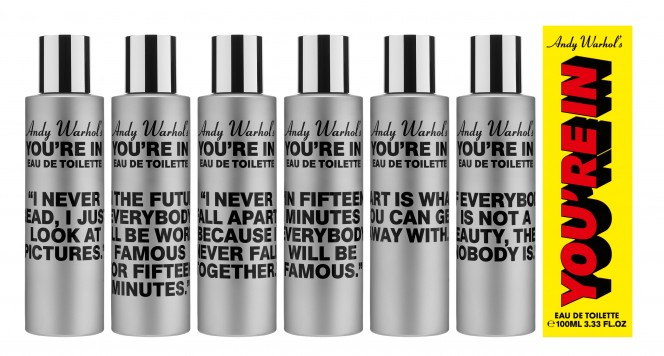 “While I’ve long admired Warhol’s use of commercial products as inspiration for art, I was drawn to this unique project which turns the artist’s own approach on its head by presenting art as a commercial product,” said Adrian Joffe, President, Comme des Garcons Parfum S.A.

Inspired by the original citrus scent Warhol used for the 1967 artwork, the new fragrance consists of top notes including bitter orange, aldehydes and makrut lime zest, while cashmere wood, musk and metallic amber make up the base.

“We are proud to celebrate Warhol’s fearless creativity with the reintroduction of the notorious scent, Andy Warhol’s You’re In, the sale of which will generously contribute to the Warhol Foundation’s endowment from which it has distributed over $275MM in grants to support contemporary art,” said Michael Dayton Hermann, Director of Licensing at The Andy Warhol Foundation.

The fragrance is available now at Dover Street Market.