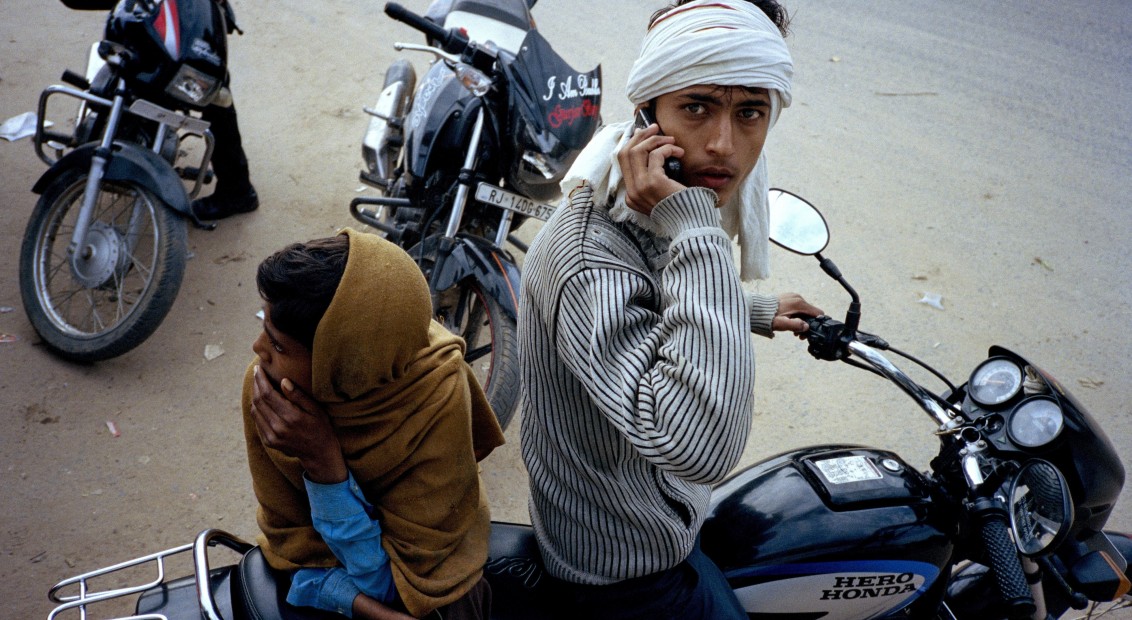 This travelling photographer is capturing the transcendental power of India

Over the course of six months, photographer Theophilos Constantinou travelled through India for his latest photo book, We Passengers. Capturing the country in its natural beauty, he started his journey in the heights of the Himalayan mountains and ended in the flatlands of West Bengal, India’s fourth most populated state. Throughout his exploration he discovered that he wasn’t just simply snapping portraits of India, he was portraying a journey that we, as passengers on Earth, all travel.

“I needed to abandon everything I knew and look into myself,” says Constantinou of his decision to travel India, wanting to explore the raw bonds that connect us as a species. Creating a vivid social commentary, Constantinou delves into the idea of the “lottery of birth” – a philosophical discourse which states that how, when and where you are born, grow up and live is so widely unequal and that these inequalities will shape your entire life – whilst exploring notions of class, power, and religion. Here, Constantinou talks about his travels, the people he met, and that impulsive urge humans have to connect with a greater being. 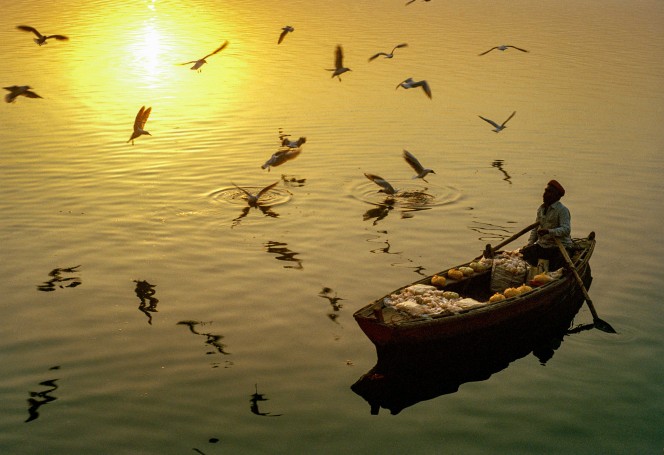 Natalie Walsh: Out of all of the countries you could have done the photo book on, what was it about India that appealed to you?
Theophilos Constantinou: India was intuitive. I needed to abandon everything I knew and look into myself. The subcontinent seemed like the perfect place to take on such a journey.

Natalie: What were you hoping to capture during your travels?
Theophilos: I did not hope to capture anything in particular when I set out. I had never taken on a project like this… My mind was open. As I began moving through each state, experiences and moments began shaping the theme of the project.

Natalie: You started out in the Himalayan mountains and ended in West Bengal. Throughout the different locations visited which one has stuck with you and why?
Theophilos: The second image in the book is a road leading out of Kaza. This town is located in a desert mountain valley, high in the Himalaya mountains in the north-eastern part of the Indian state, Himachal Pradesh. The journey into the Spiti Valley is arguably on India’s most dangerous road. At the Kunzum Pass, you are reaching altitudes over 4,500 meters and en route to Kaza, our bus nearly went off the cliff on three separate occasions. If you Google ‘HRTC Bus Crashes‘, you will understand why I decided to walk roughly 215 km over a week to Reckong Peo. I will never forget the Spiti Valley.

Natalie: Did you meet any of the locals who had incredible stories or backgrounds?
Theophilos: I met a 65 year-old rambler and nomad named Ananda (seen in the photograph below). There are two images of him in the book, a portrait of him and of his passport. He was born into a well-off Indian family in 1954. but at the age of fifteen he ran away from home and never went back. He has never worked a day in his life, and he has spent the last 30 years walking extensively through east Africa and all 50 states.  He told me epic stories about the slums of Nairobi, late night Greyhound bus terminal interactions with the cops in Cleveland, and traveling with Willie Nelson in Hawaii. He is one of the rare humans who has lived with absolute freedom. He also can’t stand sleeping inside, and when I asked him what the reason was, he answered, “Why would I want to sleep trapped under a ceiling, when I can be free underneath the stars.”

“As I began moving through each state, experiences and moments began shaping the theme of the project. “ 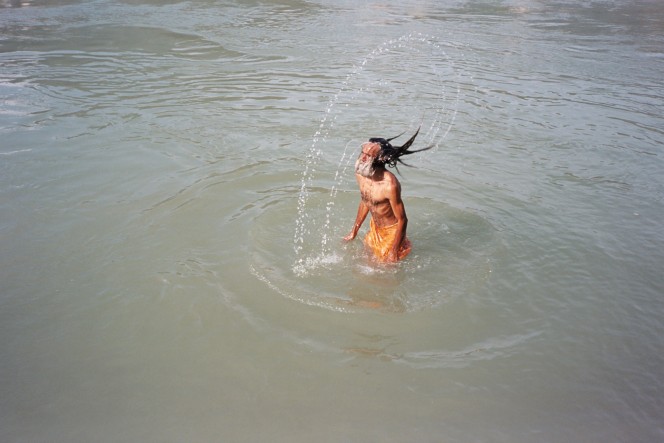 Natalie: Mentioned in the information on We Passengers is the idea of the ‘lottery of birth.’ Did the people you meet seem content with the lottery they had been dealt or did they struggle?
Theophilos: I think the answer to that question is relative. Indian society and religion is deeply complex. Reincarnation, for example, which is a major tenet of Hinduism, is the process of the soul returning to the physical realm in a new body. The soul is required to complete this cycle many times working through its karma. If karma is the basis for the lottery of nearly 1 billion people’s birth, then it can be easier to justify or make more sense of one’s predicament.The conditions for suffering are much greater in India because of the caste system. There is a lot of paid bondage and misery in India. I don’t think any human born into extreme labour conditions is content. Suffering is deplorable and I feel these people deeply struggle even if they seem to be content.

Natalie: The idea that we have ‘abandoned nature, normalised war and manufactured consent in the name of power, God and money’ really hits the nail on the head. Did you witness anywhere in India where this was particularly evident?
Theophilos: This is evident all over the world, not just specifically in India. Take the scene in the We Passengers film at the Wagah border. Two countries with nuclear weapons flexing their egos every single day. One side chanting Hindustan and the other chanting Pakistan. Concrete and steel everywhere, a perversion of what was natural there prior to 1947. People come from all over each country to participate in this spectacle. It’s like being at a football match, thousands of supporters gather to cheer on their ‘team’. Hustlers come out by the hundreds selling food, flags and paraphernalia. Consumption and war in the name of power, God and money. The Wagah border is the perfect sum of that description.

We Passngers from Paradigm Publishing on Vimeo.

Natalie: There are images of both people and scenery of India, was this a conscious decision to show both human life mixed with the beautiful scenery?
Theophilos: The decision was definitely conscious. I have studied a lot of geography and our physical/natural environment shape us tremendously. It is important to show humans in the context of the nature and space that surrounds them.

Natalie: What is the story/message you hope people will feel when they look through the images in We Passengers?
Theophilos: A request to transcend ego, borders and creed. The images as a whole are a commentary on the human condition in all its diversity, an observation that hopefully reveals our oneness.